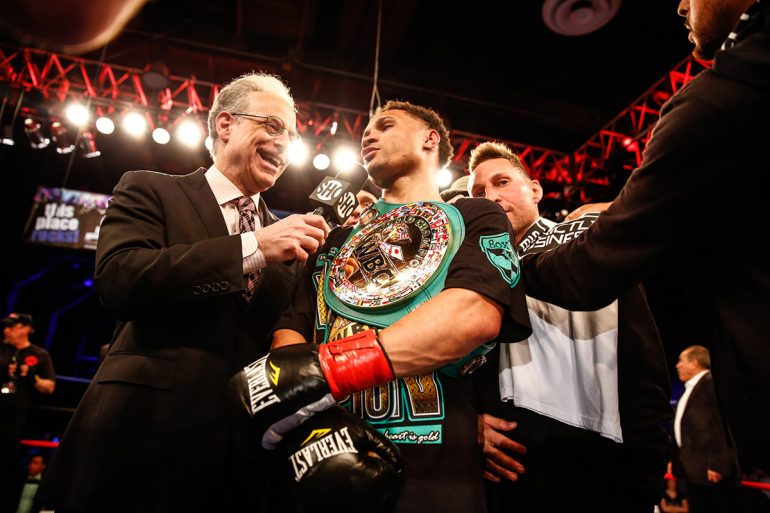 The World Boxing Super Series is still wrapping up, with the finals of both weight class brackets yet to be completed, but organizers are already gathering fighters for the second iteration.

Set to kick off this fall, the second installment of the single-elimination tournament will feature junior welterweights and bantamweights, according to sources with knowledge of the plans. The 118-pound bracket is still being built, but the 140-pound field is nearly set.

In one junior welterweight title fight, Kiryl Relikh will make the first defense of his WBA title against former titleholder Eduard Troyanovsky. The other title fight will feature Ivan Baranchyk squaring off against Anthony Yigit for the vacant IBF title relinquished by Mikey Garcia.

The most impressive fighter in the eight-man field so far is Regis Prograis, who is coming off a second-round stoppage of Julius Indongo.

Ryan Martin, who is promoted by Tom Loeffler, moved up to 140 pounds with an eight-round decision over Breidis Prescott on Saturday, and he’ll enter the tournament, too.

The 29-year-old native of New Orleans is the mandatory challenger to WBC titleholder Jose Ramirez, but that fight won’t happen now with Ramirez opting out of the tourney.

Prograis (21-0, 18 KOs) will be pegged as the favorite to win the World Boxing Super Series, and if he fulfills expectations, he’ll pocket upward of $4 million.

Josh Taylor, who is lined up for a step-up fight with former titleholder Viktor Postol on June 23, is also being courted by the WBSS. If Taylor indeed enters, that would leave one open spot in the 140-pound bracket.

Relikh (22-2, 19 knockouts) won his title with a wide-points victory over Rances Barthlemey in a rematch of their 2017 bout. Barthelemy won that fight in controversial fashion, but the 28-year-old from Belarus left no doubt in the second encounter.

Troyanovsky (27-1, 24 KOs), a 37-year-old Russian, made two defenses of his 140-pound title before he was knocked out by Indongo in one round. He’s since rebounded with two early knockouts against limited opposition, and now he’ll have a chance to regain a title.

Baranchyk (18-0, 11 KOs) is coming off a career-best victory, an eighth-round stoppage of Petr Petrov in March. The 25-year-old Russian puncher was lined up to fight Garcia, but he’ll now instead fight Yigit in his first title fight.

Yigit (21-0-1, 7 KOs), a 26-year-old southpaw from Sweden, has yet to face anyone of note, but that will change against Baranchyk.

It’s unclear whom Prograis and Martin will fight, but they stand as the lone U.S. natives in the tournament.

Martin (22-0, 12 KOs) not only shares a promoter with Gennady Golovkin, but also a trainer in Abel Sanchez. The 25-year-old from Cleveland has gained exposure while fighting on GGG undercards, but now he’ll venture out on his own in a quest to establish himself as a player at 140 pounds.