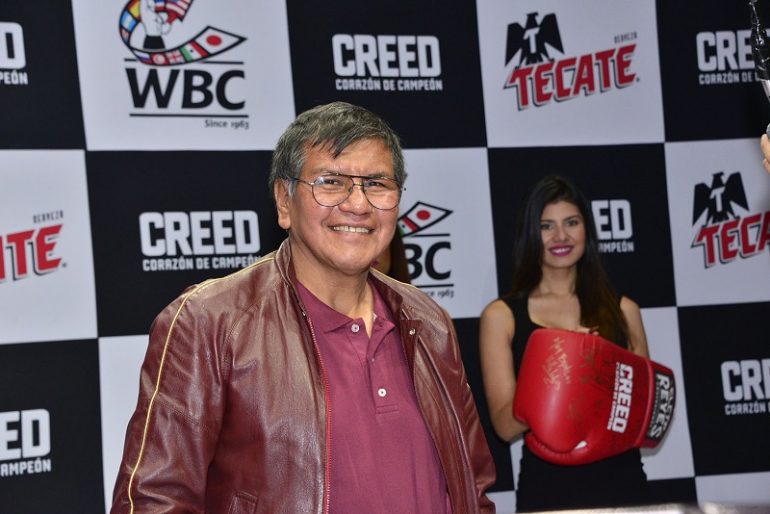 Heavy-handed Rafael Limon held the WBC junior lightweight title twice in the early-1980s. He was famed for his four-fight series with Bobby Chacon but also regularly challenged himself against some of the best fighters of his generation.

Limon was born in Tlaxco, a small town in the state of Tlaxcala, a two-and-a-half hour drive from Mexico City, on January 13, 1954.

“My father was part of the Mexican military,” Limon told RingTV.com, “so every weekend, the military guys had the chance to leave the base. He had a drinking problem; my father used to beat my mother. When I was about three or four years old, my mother decided to leave him. She took my two brothers, sister and me to live in Mexico City.”

The family adapted to city life without incident until several years later.

“I remember, when I was 15, I was walking on the street and a guy grabbed me and I threw a punch at him and ran to my house. I couple of minutes later, a man came to my house and I thought this man is going to beat me. My mother stepped in told me, ‘He is your father.’ It was very confusing because my mother lived with another man and I didn’t know the other guy wasn’t my biological father. It wasn’t until then I found out.”

Limon put that incident behind him and joined the army on February 14, 1972. He was told that the soldiers had to pick a sport to practice. He watched some friends boxing and joked when one was bloodied in sparring. The on-duty major requested Limon try it, if he found it so funny but Limon quickly found a natural aptitude for the sport.

After three months, Limon’s coach told him he had taught him all he knew and to continue his education, he was sending him to a gym ran by Kid Rapidez (Alfredo Chavez). The Cuban master was the trainer of Jose Napoles and Sugar Ramos.

Limon had a brief amateur career lasting just 10 months; however he was very active, running his record to 41-5. Unfiortunately during this time hen unintentionally killed an opponent. His major commented on his power, saying it was like a bazooka. The nickname stuck.

In December, 1972, Limon stepped into a pro ring for the first time. He was still evolving as a fighter and lost five of his first 13 bouts. In the fall of 1975, Limon first met Chacon, edging his opponent over 10 rounds. By the summer of 1976, Limon had extended his record to 26-7, when he blasted Ruben Coria out in four rounds in his American debut.

A win over faded former bantamweight titlist Lionel Rose followed and, in 1978, Limon won the vacant NABF title. In his first defense, a year later, he faced Chacon. A clash of heads left Limon unable to continue and the fight was rendered a technical draw. Limon says Chacon’s wife Valerie pleaded with her husband to retire but he refused and she tragically committed suicide.

That summer, Limon unsuccessfully challenged Alexis Arguello for the WBC 130-pound belt and was stopped on cuts in the 11th round.

Limon met Chacon in a rubbermatch and lost a razor-thin decision in another exciting encounter, in early-1980. However the big punching southpaw rounded out the year stopping Idelfonso Bethelmy in the 15th round to win the title Arguello had vacated.

Limon and Chacon were soon back in unison, squaring off in December 1982, in Sacramento. Early on, Limon controlled the action but Chacon was able to turn the tide. Both men were on the canvas in an outstanding all-action contest that was later named THE RING Magazine’s “Fight of the Year.” Ultimately Chacon earned a hard-fought, close, unanimous decision.

When Chacon opted to face Boza-Edwards a second time, the WBC stripped him and Limon was back in the title picture, being matched with the precocious and talented Hector Camacho. The Puerto Rican showman thrilled his home fans in Puerto Rico, easily stopping the battle-worn Mexican in five rounds.

Limon walked away from boxing for good, after losing via seven-round knockout to John Marmijo in September 1994, with a record of 53-23-2 (38 knockouts). He capped off his boxing career serving in the Army for 30 years before retiring from active duty in the late-1990s.

“The army taught me to be a gentleman, to take care of myself, my image, presentation, my timekeeping and discipline,” he said. “I appreciate that. I have never drank, done drugs. I used to like the women; that was my weakness. (Laughs) Now I only have my wife.”

Limon and Chacon became good friends after both men retired, until Chacon passed away in 2016. “I remember him with a lot of joy, a lot love and affection,” said Limon.

When asked of his proudest moment in boxing, he says with a smile, “When I used to receive my checks from Don King.” (Laughs)

Limon, now 64, has been married five times. He has been with his current wife for six years, has five children and lives in Mexico City. He is enjoying life and has invested in apartments. Last year he suffered a stroke but, thankfully, is now doing well.

Limon graciously took time to speak to RingTV.com about the best he fought in 10 key categories.

BEST JAB
ALEXIS ARGUELLO: He was tall. He was thin. He had fast hands. He was a good fighter and also a good person. The right jab was very powerful because of the movement of his legs. He had a good stance, with the movement of his body, with his right jab, he was able to hurt you.

BEST DEFENSE
BOBBY CHACON: Bobby Chacon was like an armadillo; he was covering everywhere. You had to make some feints to throw a punch and land it fast because he had a really nice defense. 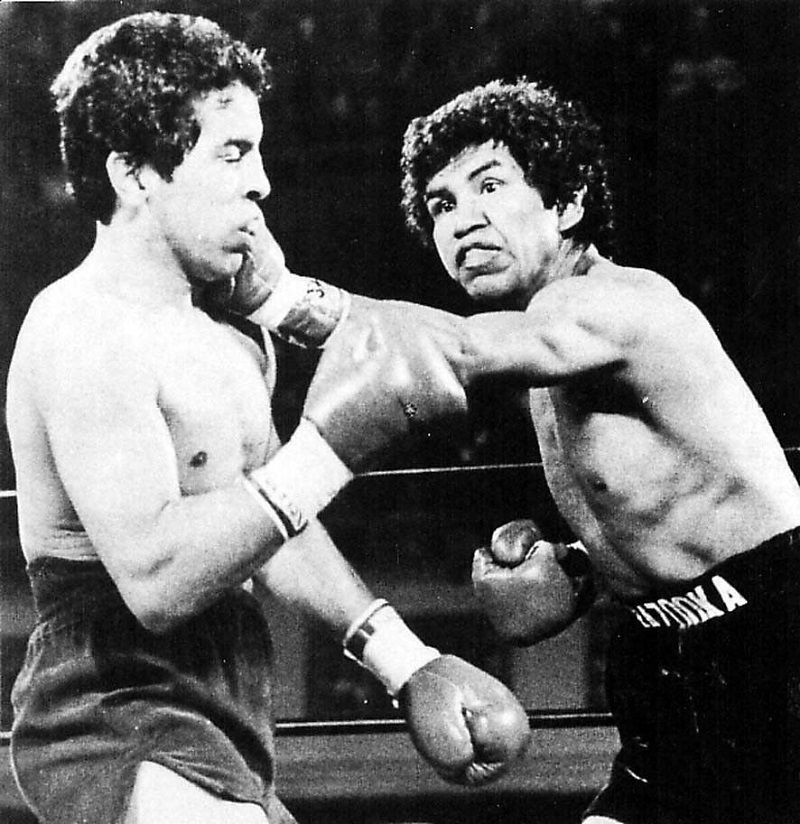 FASTEST HANDS
HECTOR CAMACHO: I had to go to Puerto Rico and was willing to go for the money but I was scared when I fought Hector Camacho. I was frightened of getting hurt. After that fight, I was 29 years old and said I don’t want to fight anymore. He wasn’t strong but he was very fast. He could throw punches in a couple of seconds. He didn’t punch that hard but he was very fast.

BEST FOOTWORK
ARGUELLO: In the beginning, it was hard for him to adapt to my southpaw stance but he really was the best and soon started moving from side to side in a way that I could not get him.

CHIN
JULIO CESAR CHAVEZ: Chavez, I met him a long time before we fought. We were sparring partners for a long time. He was young when he lived in Culiacan. When I faced Chavez, I was retired; it was because of the change of opponent. The other opponent got hurt, so I stepped in. Chavez had a really hard chin; he resisted all the punches. Neither of us would retreat in the sparring sessions; we only sparred three rounds because they were wars.

SMARTEST
ARGUELLO: He was smart because he was able to knock me down. I didn’t see the shot; I was never able to see how that shot got to me. When I saw him, I thought I would defeat him easily because he was thin and tall but I made a mistake. I met a nice Filipino girl and I didn’t train right. I don’t want to make excuses but I was addressing other business instead of training. (Laughs) It was a lesson well-learned because, then, I understood you have to train to watch your weight. You have to do things correctly because, if not, you’re going to regret it in the fight.

STRONGEST
ROLANDO NAVARETTE: Navarette was the hardest opponent. A day after our fight, I was peeing blood because of all the punches he landed on the kidney. I went to the doctor and he told me that I was OK.

BEST PUNCHER
BOBBY CHACON: He was a mad dog! Maybe it was because he was addicted to drugs but all four fights with him were dog fights. I was able to knock him down in the first three fights but he put me down in the fourth.

BEST BOXING SKILLS
ARGUELLO: He’s a three-weight world champion. He was the smartest; he analyzed you for two or three rounds and then he hit you with everything he had. He had a good clean style; he was never dirty. When I was cut against him, it was an accident. He was a great fighter and a very skilled fighter.

BEST OVERALL
CHAVEZ: Chavez was the best. He is the best Mexican fighter ever – past, present and future.