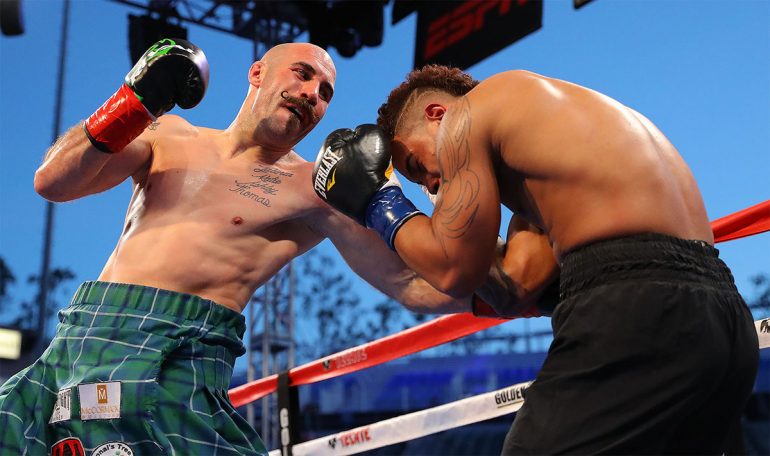 CARSON, Calif. — It wasn’t Gennady Golovkin he was fighting, but Gary “Spike” O’Sullivan stayed busy with an easy win.

After he turned down a far more lucrative offer to fight GGG on May 5, Spike instead stayed busy with a third-round stoppage victory over Berlin Abreu on Friday, one night before Golovkin defends his middleweight titles against Vanes Martirosyan.

The fight, televised on ESPN and set at StubHub Center, the same arena where GGG will fight Vanes, was a mismatch from the opening bell and it’s little surprise.

After all, Abreu was moving up from welterweight for the middleweight assignment and coming off a 511-day layoff. Spike, on the other hand, is coming off a career-best victory, a seventh-round knockout of former top prospect Antoine Douglas in December on HBO. 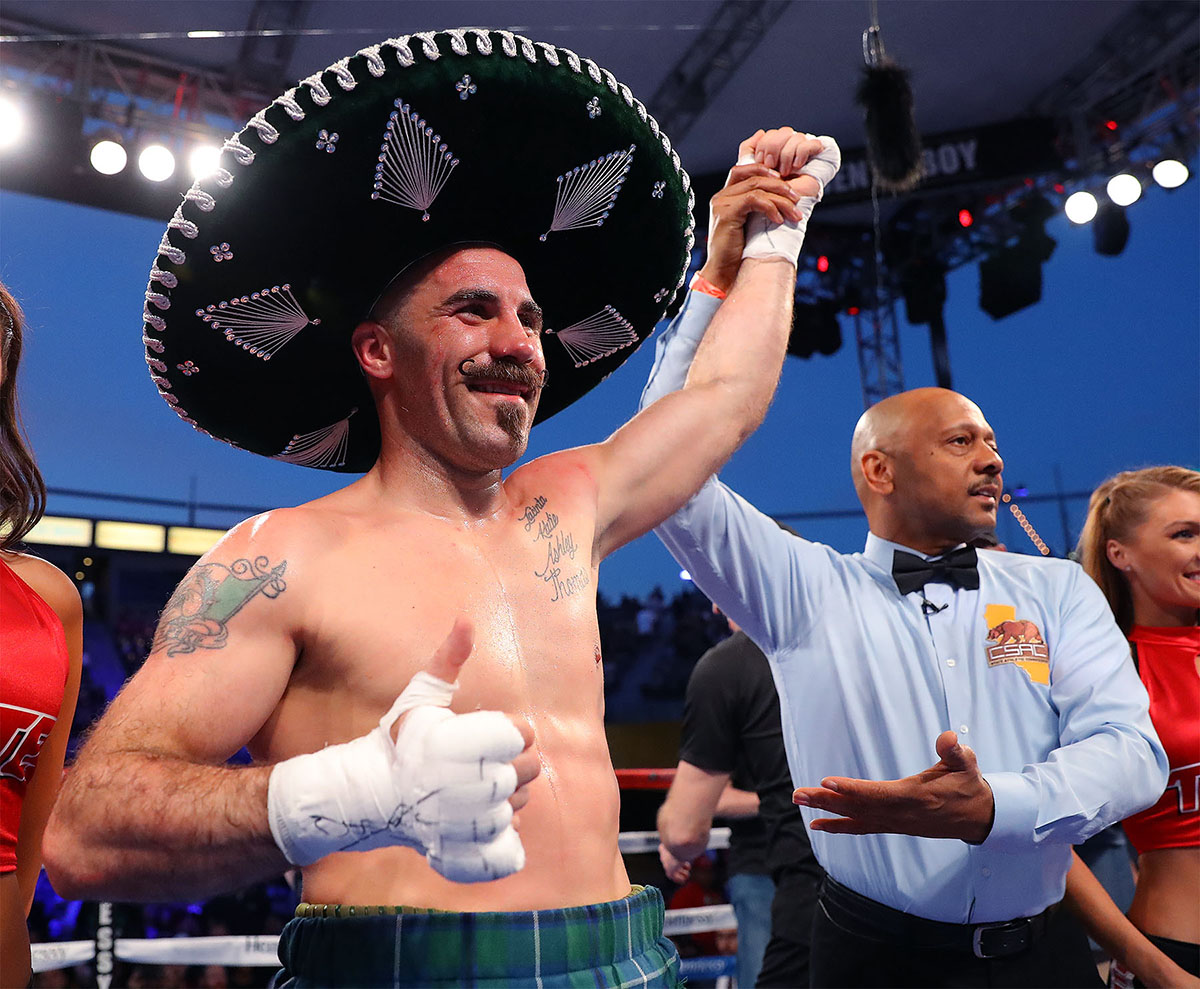 Spike didn’t parlay the performance into a fight with GGG, but he’s hopeful the big fights are just around the corner now that’s he aligned with Golden Boy Promotions with three fights owed to him.

“I thought I fought better that night, he’s a better caliber of an opponent,” O’Sullivan, 33, said of Douglas. “The better the opponent, the better I become. I erred on the side of caution tonight. I love the big fights and I believe they bring the best out of me.”

O’Sullivan (28-2, 20 knockouts) was criticized for passing up the Golovkin opportunity, but he insisted that the money wasn’t right, and he’s willing to be patient, confident the marquee matchups he seeks will soon materialize.

The Irishman punished Abreu (14-2, 11 KOs) with a two-fisted body attack, and mixed in power shots to the head. Abreu, demonstrably smaller, had nothing to dismay Sullivan’s attack. After absorbing an assortment of punches, he spit out his mouthpiece in Round 3, and then retired on his stool when the frame ended.

“This win doesn’t compare to what’s waiting for me; I’m waiting for my next big stage,” he said. “Who knows? You might see me on the major Mexican holiday weekend.”