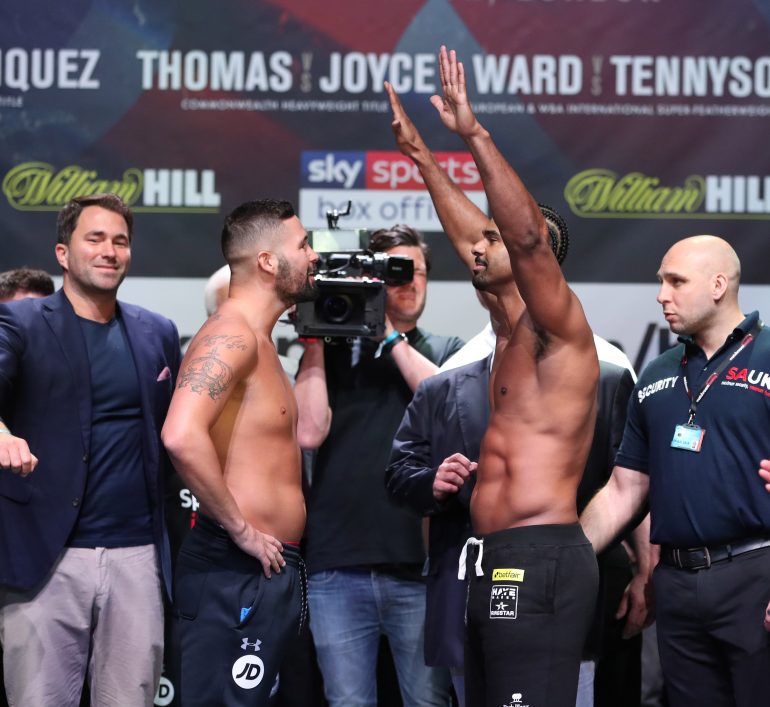 Bellew (left) and Haye. Photo by Lawrence Lustig
04
May
by Tom Gray

British rivals Tony Bellew and David Haye have weighed in ahead of their heavyweight rematch which takes place at the O2 Arena in London on Saturday, and both men were lighter than for the first encounter.

Bellew, a former WBC cruiserweight titleholder, weighed in at 210.4, over three pounds pounds under what he weighed last March. The Liverpool man was intense as always and exchanged plenty of words with his opponent during the head-to-head.

“(Haye’s) body can’t survive what my body can,” said Bellew, who prevailed via 11th-round stoppage in the first fight. “He’s never been an athlete who gets stronger as fights go on. For an athlete like him, age take things away from his game.

“He’ll always have the big power punch, but he doesn’t have the speed, the timing or the elusiveness that he had in his younger days.”

Haye, a former unified cruiserweight and WBA heavyweight titleholder, was late to the party. The Londoner elected to take the tube to the weigh-in, but a security alert led to his train being evacuated. He finally weighed in at 220.2, which is four pounds lighter than last time. 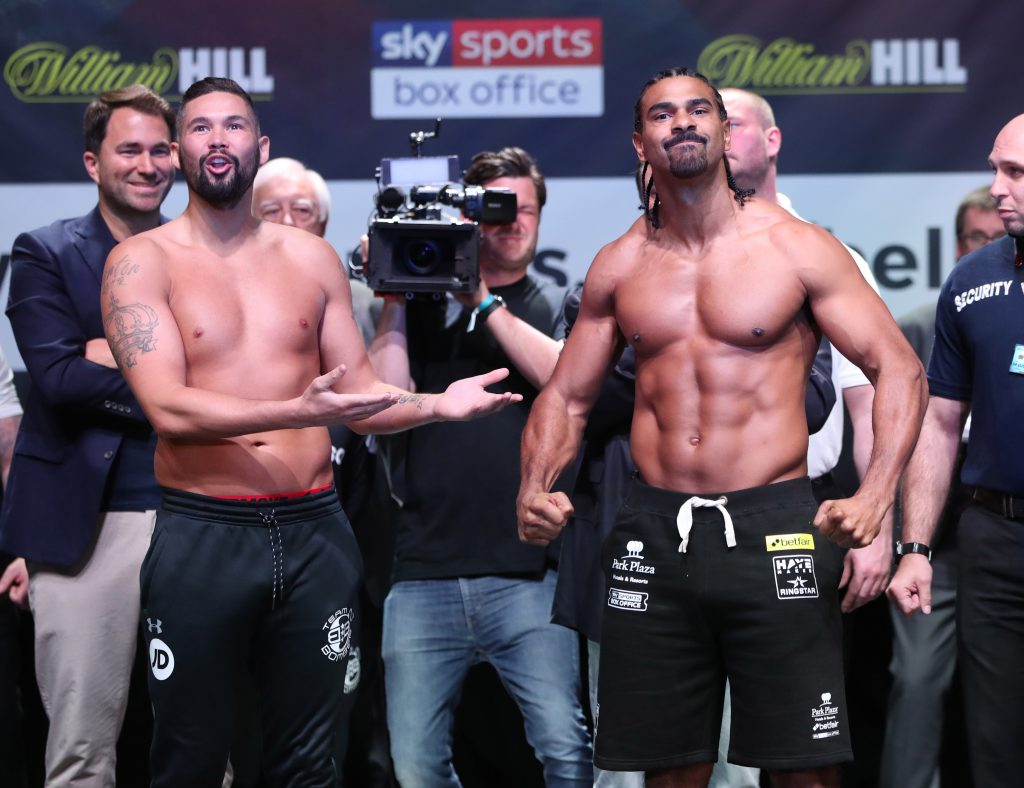 All photos by Lawrence Lustig 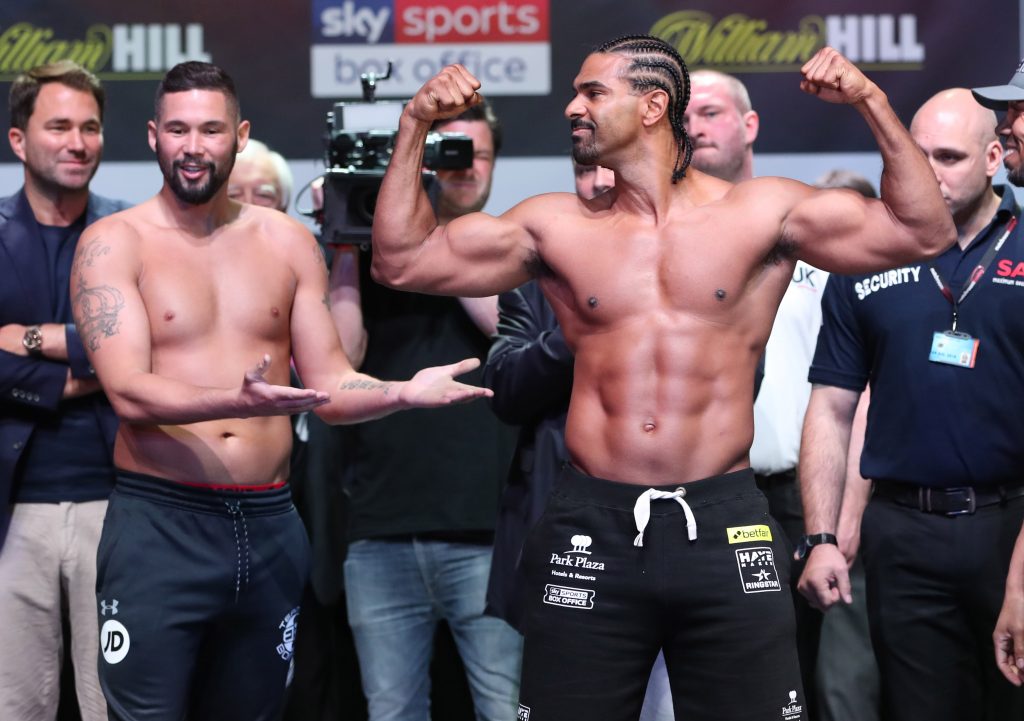 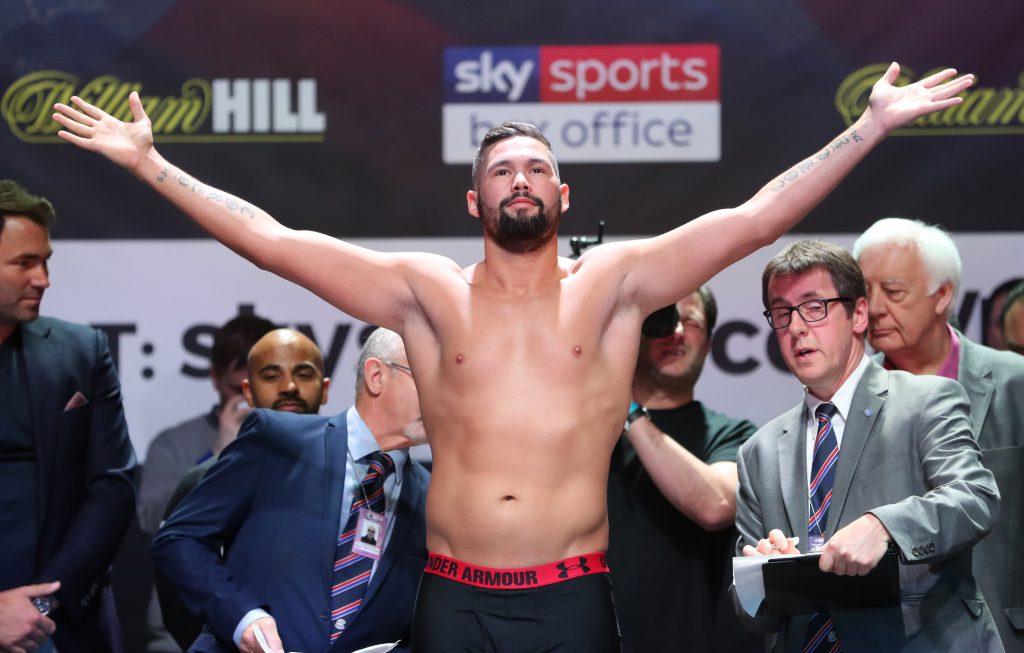 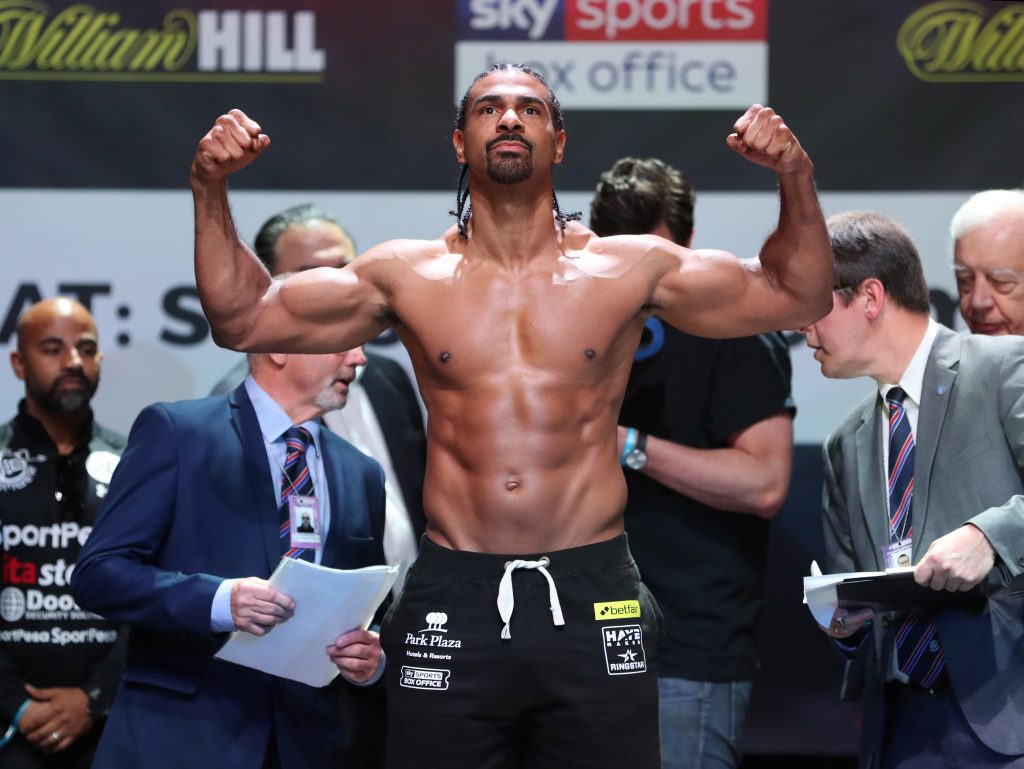