Paul Butler: ‘Emmanuel Rodriguez is in for a rude awakening’ 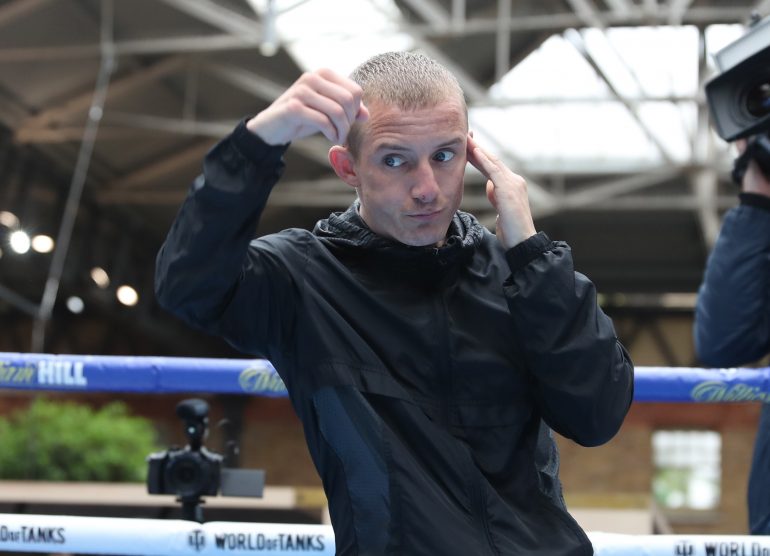 Photo by Lawrence Lustig
02
May
by Tom Gray

Life as a prizefighter often comes down to the spin of a wheel and even the very best can suffer a reversal of fortune very quickly.

In early 2015, Paul Butler had the world at his feet. He had already claimed British and Commonwealth titles at 115 pounds before moving up to bantamweight to wrench the IBF title from countryman Stuart Hall. However, feeling more comfortable at the lower weight, Butler relinquished that prize almost immediately and targeted Zolani Tete’s IBF junior bantamweight crown.

That decision proved to be a gamechanger.

Tete, who now holds the WBO bantamweight title, was awesome. Butler couldn’t get close to the super-slick lefty and was dominated and stopped inside eight rounds in March 2015. It was a devastating setback, but Butler kept the convalescing period to a minimum and began a rebuild. He parted ways with longtime trainer Anthony Farnell in favor of Joe Gallagher. Promoter Eddie Hearn replaced Frank Warren. However, during that transition, Butler did his job, dispatching nine consecutive opponents, six of them inside the distance.

This Saturday, over three years removed from his only professional defeat, Butler (26-1, 14 knockouts) has the chance to regain the very IBF bantamweight title that he never lost in the ring when he faces unbeaten Puerto Rican Emmanuel Rodriguez at the O2 Arena in London, England. It’s been a long time coming for the 29-year old boxer-puncher and he is relishing the opportunity.

“It feels like I’ve been waiting forever, even going back to the Stuey Hall rematch (UD 12 in September 2017),” said Butler. “That was an eliminator and I was meant to fight (WBA “regular” titleholder) Jamie McDonnell, but then he had a draw with Liborio Solis and that put me in limbo again. I didn’t know what I was doing.

“Suddenly Ryan Burnett vacated the IBF title and we’re in line against Rodriguez. We’ve finally got a date, we’ve finally got the world title shot we wanted, but it’s taken a little bit longer than we expected. It would be great to win this title back and defend it, which I never got the chance to do last time.” 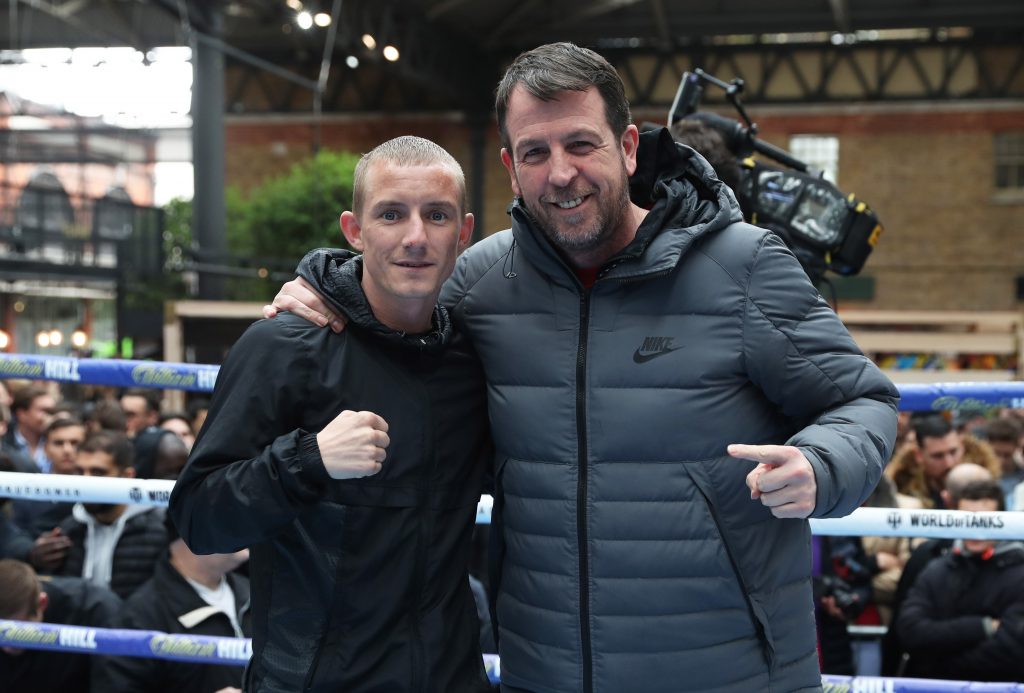 However, Butler is going to have to earn his stripes because Rodriguez, the pre-fight favorite, promises to be a tough assignment. The visitor had a decorated amateur career before turning to the paid ranks in June 2012. Rodriguez (17-0, 12 KOs) may not have Butler’s experience against top opposition, but he passes the eye test with flying colors. Butler acknowledged his opponent’s quality but kept things in perspective with a detailed breakdown.

“He’s very similar to Miguel Cotto; slow feet but he’s very, very good with the left hook to the body; touching you to the head first with a nothing shot before whipping the left downstairs,” revealed Butler. “He’s got a nice jab and you need to challenge that jab because if you take that shot away from him, he comes unstuck. He also throws the right lead well as a single shot, but nothing comes after it. He times it well, though, and can make you pay with that shot off a sloppy jab.

“You need to be sharp constantly. I’m never a stationary target and I think that’s where he’s gonna struggle. He’s gonna struggle to pin me down. You sometimes see top amateurs with good feet shuffle once or twice to get in range, but Rodriguez never shuffles twice. He’ll shuffle in with his slow feet once, let his shots go and admire his work. You never see him catch someone and jump on top of them. We’ll give him angles, foot movement and boxing skills.”

No stone has been left unturned in preparation. Butler has trained furiously in Bolton for weeks and worked diligently on a game plan with Gallagher. He has completed the standard YouTube reconnaissance on the Rodriguez highlight reels and his knowledge of the opponent borders on the obsessive. At this level of the game, it’s best to overdo it.

“I trust the game plan that Joe lays out,” said Butler confidently. “I’ll be looking at Rodriguez between rounds in the gym and Joe will come over and say, ‘Did you see what he did there? That’s what we worked on yesterday and that’s what we’ll work on again today’. I just sit there thinking, I’ve got this fight. Everyone thinks this kid’s a superstar, but if we get our game plan off, he’s in for a rude awakening. I really do fancy the job.

“I’m not sure how big a crowd he’s boxed in front of before, but he’s never really travelled. Let’s see how he copes on fight week, making weight over here. I checked the heat where he’s at right now and it’s roasting hot. When he comes over here, he’s gonna find it hard to make weight and he might have to put in an extra session or two to get there. It’s not gonna be nice for him.”

Butler hopes to make sure Rodriguez remembers his first fight on U.K. soil for all the wrong reasons.

Butler-Rodriguez will be chief support to the heavyweight rematch between Tony Bellew and David Haye. The show will be aired live on Sky Box Office in the U.K.