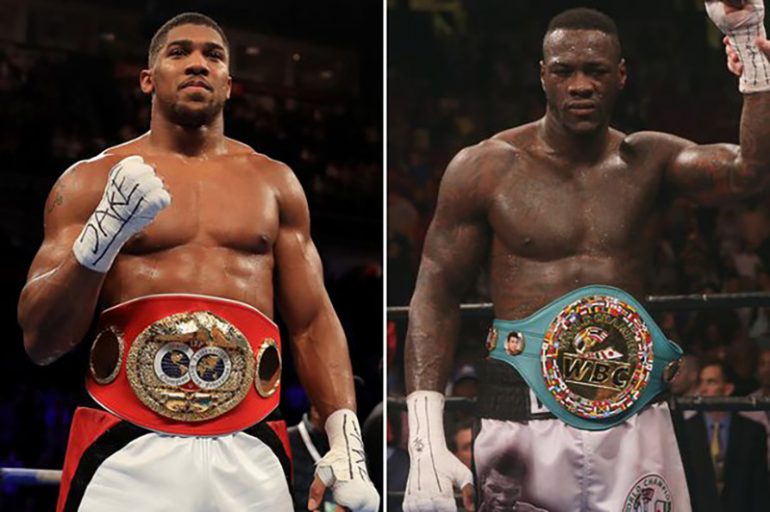 01
May
by Michael Woods

Shelly Finkel has been doing deals for more than 50 years in different realms. He’s been doing the boxing thing so long, he was in the NY Times, being described as “a baby-faced bald man with a self-effacing sense of humor” back when the Times had a full-time boxing beat writer. 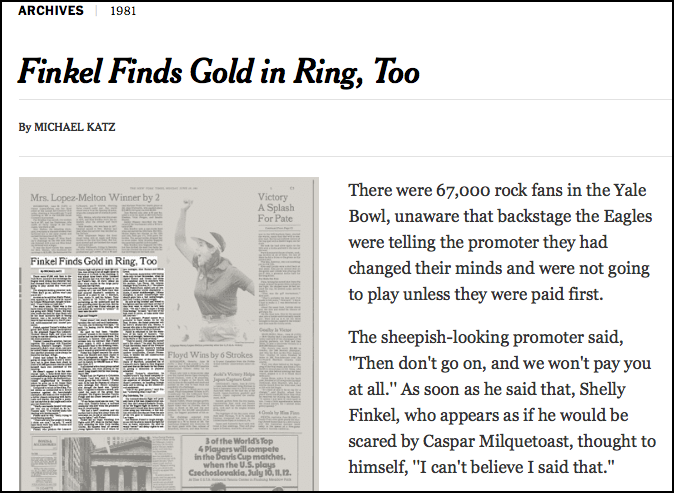 He had a mega-successful run as a concert promoter and caught the tail-end of the Woodstock era when he helped put together some massive festival sprees that attracted a town’s worth of patrons. He then was front and center in the 80s, 90s and into the 2000s as a boxing guy as he helped helm the careers of two handfuls of Hall of Famers.

Finkel took a break from the sport, but this boxing thing is like an old gal pal who is off the rails when off her meds but oh-so-much fun regardless, and you find yourself coming back even though you know better.

Finkel had his share of head-shaking moments putting deals together for Mike Tyson, and then rode the Klitschko wave before hooking on with Team Deontay Wilder to provide old-school style savvy and acumen.

The savvy and acumen isn’t, perhaps, being fully appreciated by young-gun promoter Eddie Hearn, the dandy Brit whose dad Barry (see Wiki excerpt below) worked a solid stable in the U.K. before basically exiting the fight game and handing those reins to his son.

From Wikipedia entry on Barry Hearn:

Hearn moved into boxing in 1987, his first promotion being the Frank Bruno versus Joe Bugner bout at White Hart Lane in October 1987. He offered the television rights to Greg Dyke of London Weekend Television for £200,000, who agreed to pay £250,000 because he didn’t believe Hearn could deliver for the quoted price.

Hearn withdrew his boxers Herbie Hide and Steve Collins from the High Noon in Hong Kong event at the last minute, scheduled on 22 October 1994, when promoter John Daly could not come up with the purses. Hearn said, “But to be honest I was very pleased with myself in Hong Kong. I stood my ground. How many others would have?”

In April 2008 Hearn introduced the Prizefighter series, a knockout tournament featuring 8 different boxers in a sort of last man standing competition. His son Eddie now manages the boxing side of the business.

But Finkel wouldn’t be characterizing himself as an all-in fan of Eddie Hearn, who he thinks has not handled his end of negotiations for a potential Anthony Joshua-Deontay Wilder heavyweight superfight with aplomb.

Finkel told me that young Hearn disappointed him after he told the vet dealmaker he’d be getting back to him with a response to a terms proposal back in November “by the end of the day. And I didn’t hear back.”

So when Wilder fought Luis Ortiz, the ex-music biz player stepped to the mic and told assembled media at Barclays Center about some of the back and forth between him and Hearn.

“Infantile” is the term Shelly used when I asked him what he thought of that moniker. He feels Hearn isn’t acting in a mature manner, and he said it feels like he’s acting goofy almost in the way Donald Trump steers matters into the ludicrous in order to divert attention away from a fact that he doesn’t want to debate.

Hearns’ “fake news,” Finkel said, has to do with not properly characterizing how negotiations have proceeded to this point. Finkel says he’s been acting in the same manner as he always has, with a proposal of terms put forth, and then, if the other side likes the terms, then the two sides get deeper into specifics.

Hearn opining that Finkel is a past-tense talent reeks of ageism, said Finkel, who was already a full-on adult when half the teens in the U.S. convened at Woodstock and grooved to the vibes while mostly steering clear of the brown acid. When he worked in music and beyond that arena, Finkel said, he looked to bring in young talent, because you need to have fresh eyes to help sift what is cool and what is corny. “But they had to earn it, it wasn’t done by birth,” he said, allusion loud and clear.

The chatter and jokery, he continued, amount to “smoke screens” courtesy of young Hearn, and he professed a lack of comprehension of why the promoter wouldn’t want to get serious, ditch the silliness and work to make the fight that people are clamoring for. And that is not Dillian Whyte vs. Deontay Wilder and/or Jarrell Miller or Tyson Fury or Alexander Povetkin or whoever vs. Anthony Joshua.

“We will see if he wants AJ vs. Deontay. I believe Joshua does,” Finkel continued. Maybe, he said, Hearn’s ego would be too wounded if the event were staged in the U.S. and he wouldn’t be the lead dog pulling the promotion.

It sounds to me like we are nearing the point where either this fight will get made for the near future or not, and arrangements will be made for Wilder and AJ to take other bouts before coming back around for another go at trying to get on the same page. “This week we will hear answers, I think,” Finkel finished, “and know if Eddie Hearn is sincere.”

Listen to Woods’ podcast on the Everlast platform.