Tony Bellew: ‘All the pressure is on David Haye and his entire career is on the line’ 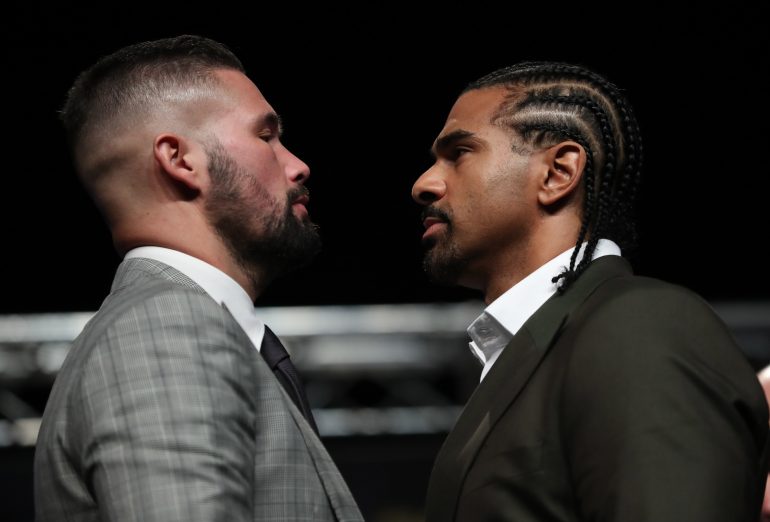 It seems like only yesterday that Tony Bellew was trapped and helpless in a corner taking power shots from Adonis Stevenson at the Pepsi Coliseum in Quebec, Canada.

The fiery boxer-puncher from Liverpool, England, had failed in his second attempt to secure a world title at light heavyweight and a sixth-round stoppage defeat was a crushing setback. However, as devastating and painful as it was, the experience ultimately launched Bellew on a path to secure his own personal legacy.

Not many were convinced that the inevitable jump to cruiserweight would work out, but Bellew tore up the script and halted hard-hitting southpaw Ilunga Makabu to claim the vacant WBC title in May 2016. Then, almost immediately, Bellew threw down the gauntlet at former WBA heavyweight titleholder David Haye and the so-called experts, myself included, rolled our eyes in disbelief.

Haye was a lot bigger than Stevenson and he had knocked out 240-pound men. What the hell was Bellew going to do with him? Well, on March 4, 2017, what Bellew did was make Haye miss. He made him miss wildly and he made him miss often. The bigger man pocketed rounds on aggression, but he was far from convincing, and the fight turned completely when Haye ruptured his Achilles tendon in the sixth.

Bellew would go on to stop his countryman in 11 to claim his most famous victory, but the rematch was being discussed before the participants hit the showers. Haye had suffered a grotesque injury and was ahead on the scorecards before it happened. His fans claimed that the victor was merely the beneficiary of a freak incident and a fully-fit Haye would prove that in a return fight.

Well, the re-run takes place this Saturday at the O2 Arena in London, and Bellew insists that he is much better prepared than he was for fight one.

“My stamina was questionable last time because I thought having extra poundage would help me absorb more,” said Bellew, who weighed in at 213.5 pounds to Haye’s 224.5. “Ultimately, I should be going into a fight with no intentions of absorbing anything. I should be focused on using my boxing ability and skills. The approach for this fight will be different and I’m lighter right now (Thursday April 26) than what I weighed in at last time. 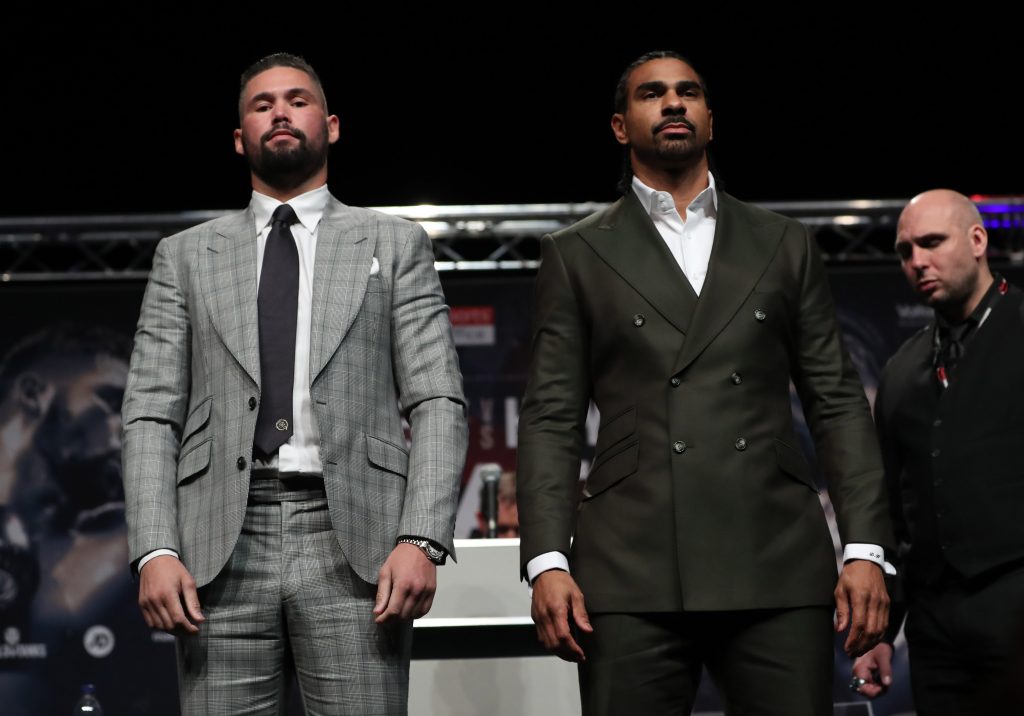 The feedback from fight one stung Bellew into this rematch and it’s been a long and frustrating road. Haye suffered a bicep injury which put paid to a December fight and the recovery process meant that Bellew would be on ice for a total of 14 months, his longest period of inactivity in a 10-year professional career.

“At the end of the fifth round, I stood in the middle of the ring and said, ‘You are blowing out your arse! You’re fucked!’,” snapped Bellew. “I was gutted when he got injured, but in a way it’s good thing. I was gonna stop him anyway and there would be no need for a rematch. Not once in his career has David Haye became stronger as a fight wore on – not once.

“The so called ‘casuals’ watch the fight, see his muscles and how dangerous he looks, but they don’t see that he’s been made to miss and countered. I’m not saying they were the most hurtful of punches, but I was making him miss and making him pay. People were saying I didn’t win a round, but if I wasn’t doing things right, then why didn’t David Haye just tuck up and walk to me? He was obviously feeling something.”

Bellew foresees a tougher fight this time around and believes his opponent will be a lot more tuned in for the rematch. The last time Haye was swinging for a knockout shot and he was made to flounder repeatedly. This time, Bellew expects a more cautious and deliberate approach, but despite acknowledging that Haye possesses advantages in speed and power, he still feels one vital attribute is missing.

“Boxing is all about being able to adapt,” said Bellew as though stating the obvious. “David Haye is an elite-level fighter, but he’s only elite against a certain style of opponent. He’s not elite against a crafty counter puncher. There’s a reason he didn’t take on the likes of James Toney or Eddie Chambers. They’re nightmares. It’s dickheads like me who face the Isaac Chilembas of the world, but you learn from tricky fights like that and adapt your style.

“David Haye has never fought one single fighter in his career that he didn’t want to face. He’s picked every single opponent until now. Usually he picks on fighters that he knows he can beat, or he picks on fighters where he has all the advantages. With me it backfired and now he doesn’t hold all the cards, all the pressure is on him and his entire career is on the line.”

Bellew expects another victory on Saturday and vows to go out in a blaze of glory before retirement. When asked about his “exit strategy” the former cruiserweight titleholder crossed divisions and reeled off names for fun. He targeted fighters on the cusp of pound-for-pound contention, he targeted another massive domestic showdown and he even targeted one of his former co-stars.

“Andre Ward is still on the table,” said Bellew of the currently retired former two-weight world champion who starred alongside him in the hit movie Creed. “I genuinely believe I can beat him and people think I’m crazy. I spoke to Naseem Hamed the other day and he said, ‘Tony, I love you, but I don’t think you can beat him’. I told him that people said the same about Haye, but he said Ward’s different because he’s a pound for pound guy. Everyone has an opinion.

“Oleksandr Usyk and Murat Gassiev has been postponed and the winner of that fight might fall nicely for me in the future. The Tyson Fury fight still interests me, and we sat down with each other one-on-one to discuss that. I wanted to be his first opponent back because that gave me the most realistic chance of winning. I’m not going to beat the man who beat Wladimir Klitschko in Dusseldorf, but I can beat a man who has been out the game for two years. There’s nothing wrong with that because boxing is all about timing.”

Is Haye’s time up, or will he call time on Bellew’s quest for more miracles?