Josesito Lopez and Miguel Cruz both confident ahead of welterweight clash 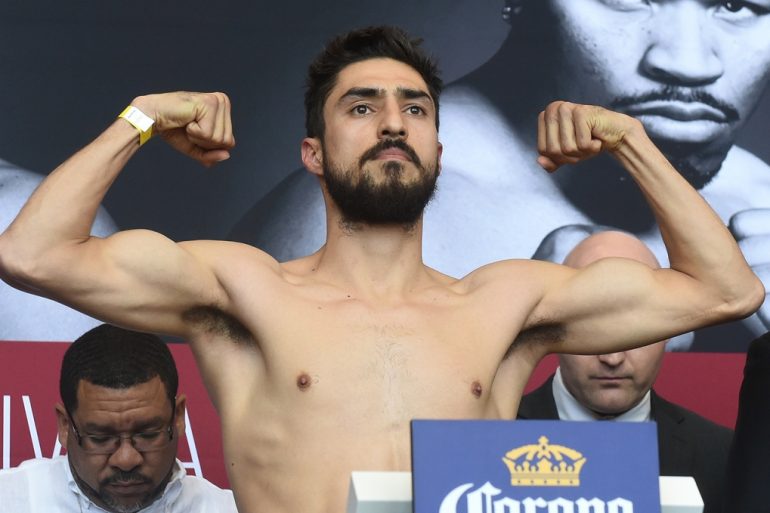 Welterweights Josesito Lopez and the unbeaten Miguel Cruz meet on Saturday in a crossroads matchup. Lopez believes he can still compete against the best in the division, while Cruz thinks his youth and athleticism will be decisive.

Lopez (35-7, 19 knockouts) is known for his aggressive style. Dubbed ‘The Riverside Rocky,’ the 33-year-old veteran has faced some of the best fighters in boxing and scored the occasional upset, most notably a knockout victory over Victor Ortiz in June 2012.

However, the California-based pressure fighter has lacked consistency, suffering a split decision loss to Jessie Vargas and consecutive knockout defeats to Canelo Alvarez and Marcos Maidana.

Since a March 2015 loss to Andre Berto, Lopez has won two bouts and now trains under the watchful eye of Robert Garcia.

“I’m well prepared for this fight,” said Lopez at Thursday’s press conference. “I’ve had a great camp. I have a tough, unbeaten opponent who’s really good. This is the kind of fight that I can really display my skills. I’m going to show everyone the same heart I always do, combined with some skills that Robert Garcia has helped (me with).

“I just have to prove I’m better on Saturday night.”

Lopez will be a significant step up in competition for Cruz, who resides in Lake Mary, Florida.

In November, the 27-year-old Cruz dropped David Grayton in the sixth round en route to a 10-round unanimous decision. Cruz also has victories over Alex Martin and Samuel Figueroa.

Despite lacking experience against top fighters, Cruz (17-0, 11 KOs) believes he will outwork and outlast Lopez.

“I have respect for what Josesito’s done in the game but, at the end of the day, this is the premier division in boxing,” said Cruz. “I feel I’m one of the best guys at 147 (pounds) and I’ll be here for a while. I’m going to be a force.”