Roman Gonzalez off May 5; Cecilia Braekhus to open HBO telecast in history-making bout 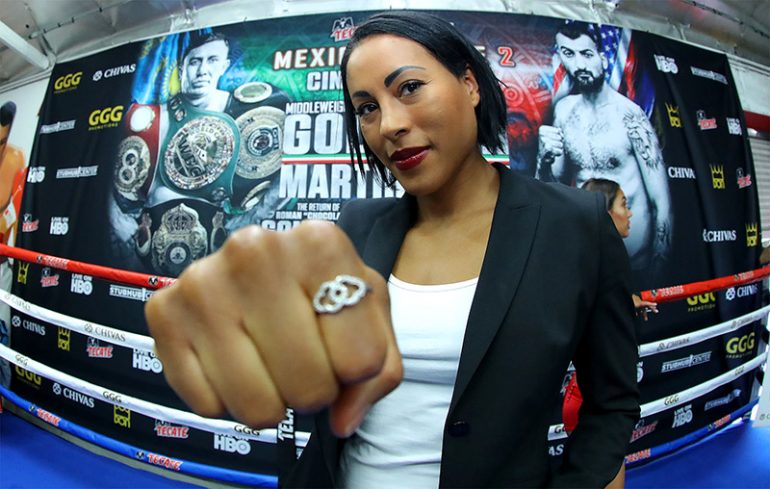 There will be no little drama show on May 5 after all.

Roman “Chocolatito” Gonzalez was scheduled to fight Pedro Guevara in a 10-round flyweight bout that would open the HBO telecast headlined by Gennady Golovkin-Vanes Martirosyan on May 5, but those plans have been derailed.

Tom Loeffler told THE RING on Thursday that he was informed by Gonzalez’s manager, Carlos Blandon, that Chocolatito was unable to secure a visa “because of the political turmoil in Nicaragua.”

President Daniel Ortega instituted a 5% cut in pensions and raised contributions on April 18, leading to riots in Nicaragua that resulted in about three dozen deaths.

“Unfortunate event for Roman,” Loeffler said via text. “Many people were looking forward to see him back in the ring with GGG.”

It would have been Gonzalez’s fifth time fighting on the same HBO telecast as GGG, and also the start of the former pound-for-pound king’s comeback. He hasn’t entered the ring since suffering a fourth-round knockout loss to Srisaket Sor Rungvisai in September, and just how much he has left in the tank remains a mystery. Now, fans must wait to find out.

Instead, it will be Cecilia Braekhus who opens the telecast, and in the process, she’ll make history. HBO, in 45 years of televising boxing, has never had a women’s boxing match on its airwaves. Breakhus (32-0, 9 knockouts) will break that barrier with a 10-round welterweight title bout against Kali Reis (13-6-1, 4 KOs).

“I am so proud to help present the first female bout to be televised live on HBO,” Loeffler said.

Braekhus, widely considered the best pound-for-pound women’s fighter in the world, will be defending her title for the 22nd consecutive time, a reign that’s spanned nine years.

“I’ve not fought in America in ten years and this is truly one of the high points in my career and I want to thank my fans all over the world for continuing to push me to great heights,” said Braekhus, a 36-year-old native of Columbia fighting out of Norway. “I know how tough Kali Reis is, and I’m ensuring every step in camp will prepare me for victory.”