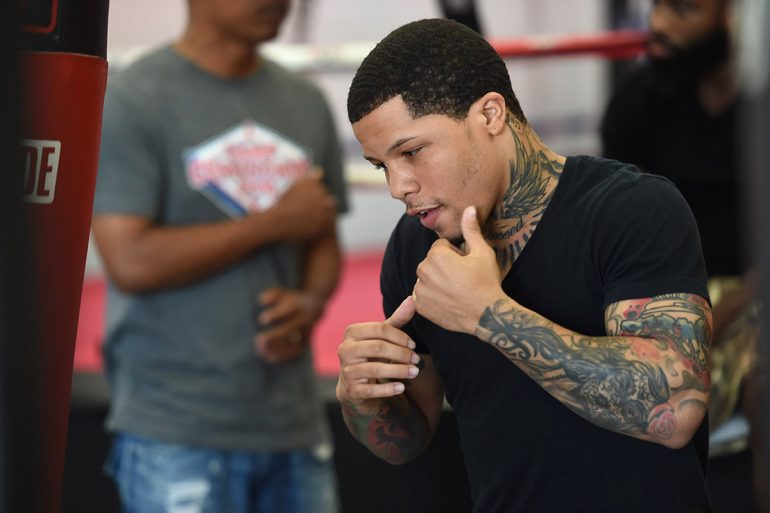 Floyd Mayweather stirred the pot and turned up the heat to simmer when he mentioned that he’d reached out to Top Rank weeks ago about making a Gervonta Davis vs. Vasyl Lomachenko bout a bit later this year, if Davis and Loma got Ws in their next outings.

Davis passed his test on April 21, when he nearly ripped Jesus Cuellar in half at Barclays Center and on Showtime.

He was asked about meeting Loma before his Cuellar tango, and even more so after looking crazy impressive in his first outing with Kevin Cunningham running the ship as head trainer. The fans’ interest in this square-off went from simmer to boil.

Not so fast, Davis said, bringing down the temperature on amateur matchmakers who believe his handspeed, aggression and ability to get advantageous angles could prove problematic to the Ukrainian fistic wizard.

I touched base with Cunningham, to get maybe some more clarity on if and when we might get this pound-for-pound ace vs. young gunslinger face-off.

“Lomachenko may be number one on some people’s pound-for-pound list,” said Cunningham. “Box-office draw he is not. Tank’s on track to be bigger than Lomachenko will ever be!”

So, let’s go on record, play fantasy face-off. If Loma battled Tank now, is Tank favored? Or naw? Is this a 50-50 fight?

“Two or three fights from now, Tank destroys Loma,” declared the ex-cop, who maybe had the best overall night of anyone in the building April 21, what with his first forays with Davis and Adrien Broner going great and pretty darn good, respectively.

Finally, what grade did KC give young Tank, age 23 and on the short list of future stars who could well reach the A-tier of pugilists and stay there for a long spell.

“It was an A, but he’s going to be A+ after our next camp together,” Cunningham said in summation.

Talk to me, readers. You on board with Cunningham’s analysis and assessments? Talk to me!