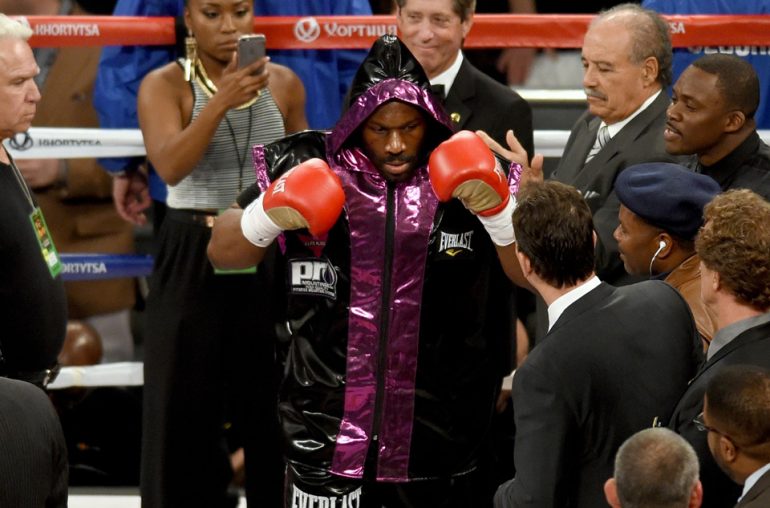 Bryant Jennings has nothing to gain, absolutely nothing. Twist it, turn it, spin anyway you want, there is no reason, in his mind, for him to be stepping into the ring Saturday night to fight Joey Dawejko on Top Rank’s ESPN “Philly Fight Night” show at the Liacouras Center on Temple University’s campus.

Don’t get “By-By” wrong. He actually likes Dawejko. He respects him. Jennings just doesn’t think Dawejko is on the same level as he is—even though Dawejko owns a victory over Jennings, about nine years ago in the Golden Gloves.

Jennings laughs. That was a different “By-By”, not the one who stepped into the ring with Wladimir Klitschko. Not the one who beat Artur Szpilka and Mike Perez, or the one who will be part of the Philly-centric show taking place on Saturday night.

The fight that may carry the most intrigue matches Jennings, whose two pro losses came against Klitschko and Luis Ortiz, who gave Deontay Wilder all kinds of hell, against Dawejko, whose losses have come against the who’s-who of heavyweights like Amir Mansour, Charles Martin, Didier Bence and Dorsett Barnwell.

Dawejko (19-4-4, 11 KOs) does have one big feather on his pro resume. He fought Jarrell “Big Baby” Miller to a four-round draw five years ago. In fairness to him, Dawejko does have a sound amateur background with 68 bouts in the unpaid ranks. And he’s working with Hall of Fame trainer Freddie Roach for the first time.

“Joey is technically sound to do certain things, but he’s not really conditioned to do those things,” Jennings said. “Joey can’t run for long, and I’m just saying, he’s going to have to come up with a hell of a strategy to beat me. I know what I have in these gloves. I’m in condition. I went the distance with Wladimir Klitschko.

“I won’t underestimate him. There no revenge on my mind with Joey from the first fight. I was an amateur, and I just started boxing. He had a ton of experience and he was fighting in front of his own crowd. The revenge part is childish and it’s a waste of my time. That’s almost someone completely different than who I am now, both in and outside the ring.”

Jennings started boxing in January 2009, and his third fight was against Dawejko, who cuts easily, in April 2009.

“Me and Joey had to grind our way up,” Jennings said. “There is no animosity. People are trying to stir it up and sell this fight, and I’m from the streets, so I heard all of the trash. It goes through one ear and out the other. The facts are these – I have everything to lose from this, and nothing to gain.

“I’ve been in with better opponents. I’ve beaten better fighters. Joey has his right to think and say whatever he wants, or even how he feels about himself. But some things are just clear, and it’s very clear that I’ve had a better pro career than he has. I have nothing to gain and Joey has everything to gain. This will be the biggest stage he’s ever been on.”

Jennings noted again, he was fighting in the “big room” at Madison Square Garden for the world heavyweight championship three years ago. Joey Dawejko was at home watching it on TV.

“I can promise you this, it will be a great fight,” Jennings said. “I just don’t think he should be in the ring with me, but he is. I have a job to do and that’s win.”