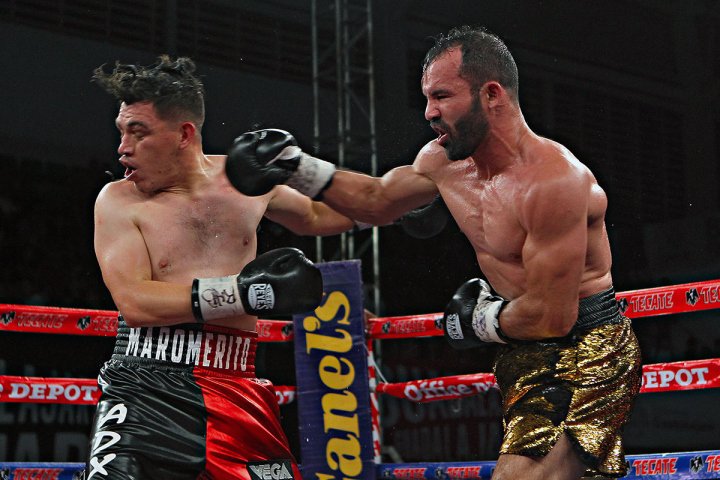 Junior middleweight Ramon Alvarez, brother of Canelo, won a methodical 10-round unanimous decision over Jorge Paez Jr. on Saturday at the Domo del Parque San Rafael in his hometown of Guadalajara, Jalisco, Mexico.

Alvarez dominated the first half of the fight, initiating exchanges and landing the more effective punches on the inside. The action came in spurts, though, prompting boos from a sold-out partisan crowd.

Paez (40-11-2, 24 knockouts) let his hands go more in the sixth and seventh rounds, landing punches with regularity. The rally was short-lived, however, as Alvarez ripped in counter hooks and crosses from the outside.

In bantamweight action, Jose Quirino scored the biggest win of his career when former world flyweight titleholder Hernan ‘Tyson’ Marquez failed to come out for Round 10.

Quirino (19-2-2, 8 KOs) was quicker and more aggressive in this all-southpaw battle, slowly breaking Marquez down with each passing round.

The shorter Marquez (43-9-2, 30 KOs), who fought to a draw against Quirino on Apr. 1 of last year, attempted to get on the inside and connect, but Quirino countered effectively.

Marquez was tiring, and a cut opened on his left cheekbone. To spare him from further punishment, his corner told referee Jesus Salcedo to stop the fight after the ninth round.