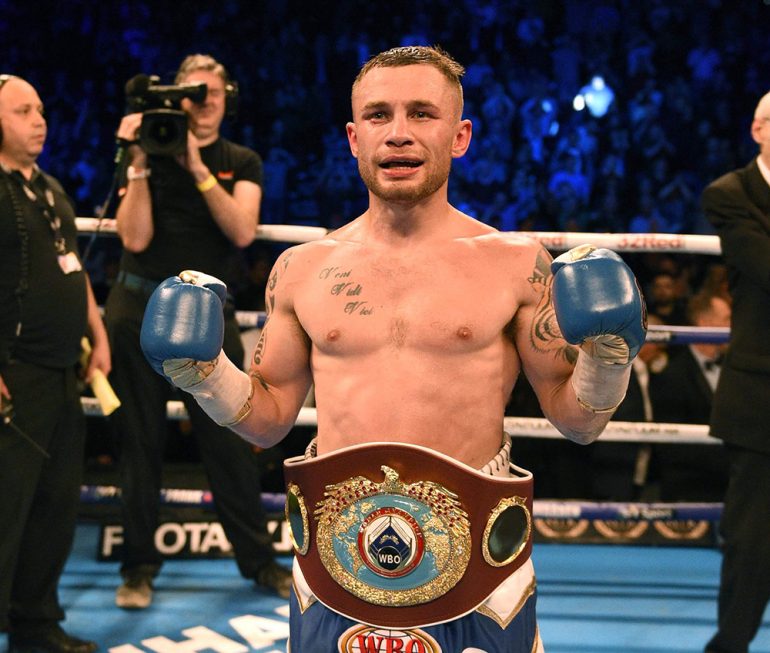 BELFAST, Northern Ireland – It was a polite and respectful buildup, but all pleasantries went out the window when the first bell sounded.

Amidst an electrifying atmosphere, local hero Carl Frampton delighted his home fans with an emphatic 12-round unanimous decision over former four-weight world titleholder Nonito Donaire at the SSE Arena on Saturday. All three judges scored the featherweight attraction 117-111.

Frampton, rated No. 3 by THE RING at 126 pounds, had things mostly his own way, although he had a brief scare in the 11th when Donaire broke through with two thunderous left hands. The visitor attempted to build on that success in the 12th, but Frampton came storming back and the pair embraced warmly at the final bell.

“I didn’t want to get involved in a fight in there,” said Frampton (25-1, 14 knockouts) during his post-fight interview. “As you saw in the 11th round, Nonito Donaire is a dangerous motherfucker. I was hurt, everyone saw it, there’s no point denying that.”

It was crisp, world-class action from the start as both men put full weight into their power shots. The raids were sporadic from both sides, but they were worth waiting for and the crowd exploded soccer-style throughout an intense and even opening session. Frampton was quick and loose, but Donaire had come to fight. 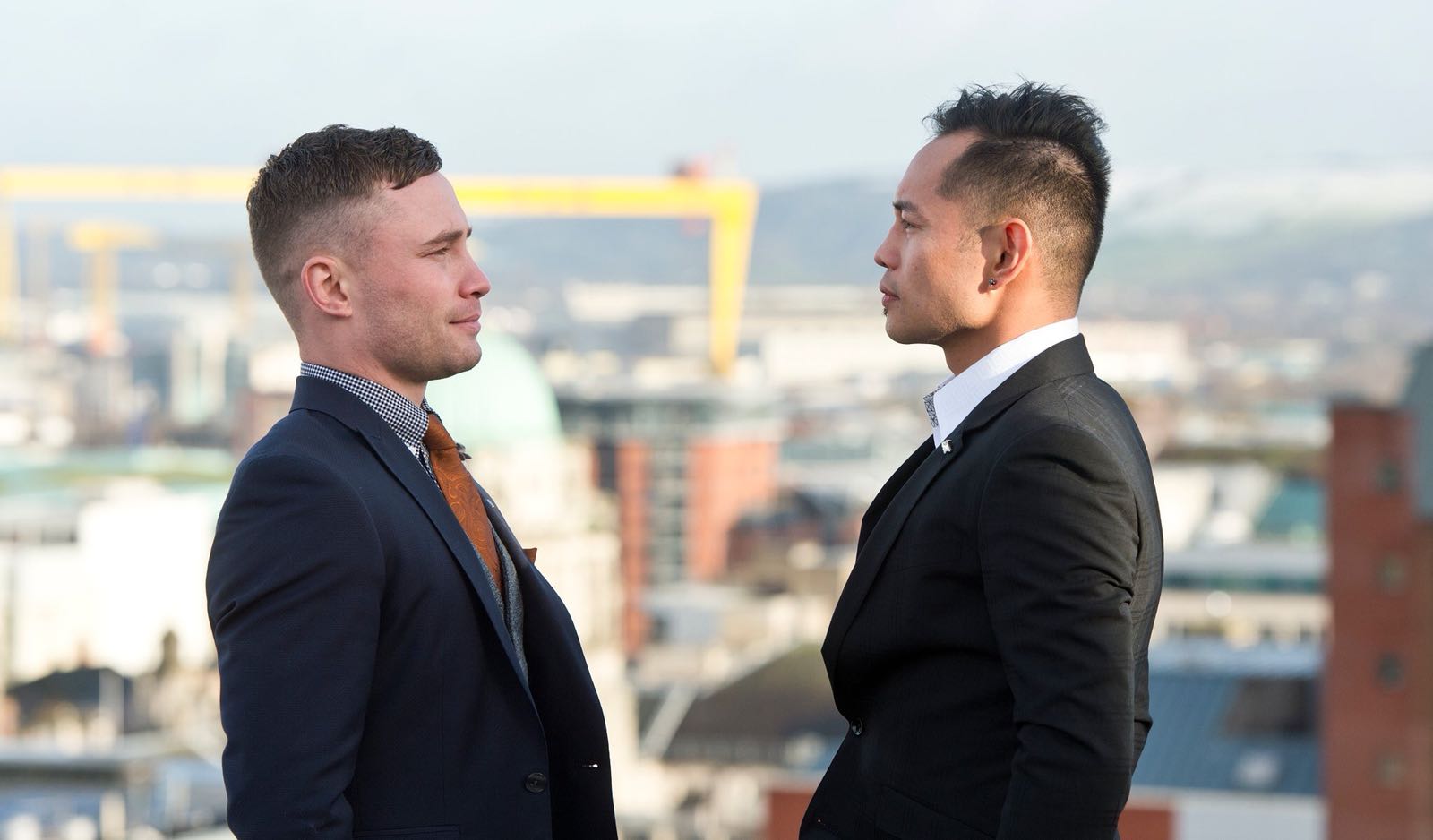 The 31-year-old Frampton exerted his physical strength in the second and Donaire emerged from a neutral corner with damage under his right eye after a brace of solid right hands landed cleanly. The message had been delivered in earnest: Frampton was the physically stronger and more powerful fighter.

There was some brilliant boxing from Frampton early. The Belfast man connected on swift straight shots to the head and mixed in a pulverizing body attack. Donaire was fighting with purpose – as you would expect from a man of his talents – but he was being outboxed and overpowered.

Some of the best moments of the fight took place in the seventh. Frampton trapped Donaire in the corner and crossed over flush right hands and left hooks to head and body. Donaire could have been forgiven for going down, but instead he fired back with two stunning right uppercuts to the jaw, which sent blood spraying from Frampton’s mouth. The Belfast star recovered, however, and came roaring back.

It was terrific stuff from Frampton, who was infinitely sharper than in his November showing against Mexican Horacio Garcia. He was employing an intelligent game plan comprised of speed, power and accuracy, but he was also dictating where and when the action took place.

Content with an insurmountable lead as well as the damage he had inflicted on Donaire’s face, Frampton slowed things down as the championship rounds approached. He doubled and tripled the jab into his opponent’s face and left him with very few opportunities to counter. When Donaire did in that memorable 11th session, it was too little too late.

The 31-year-old Frampton, who is also a former unified titleholder at junior featherweight, clearly has plenty more to offer. He is blessed to be in a featherweight division replete with quality talent and will now target a huge showdown at Windsor Park (national soccer stadium) against a world titleholder

“We’re gonna do Windsor Park in August,” said promoter Frank Warren. “Everything should fall into place regards the opponent in the next month or so.”

Donaire (38-5, 24 KOs) has been a joy to watch at world level. Who can forget those thunderous knockouts of Fernando Montiel and Vic Darchinyan at flyweight and bantamweight respectively? The California-based Filipino has been a wonderful ambassador for the game and has nothing more to prove. Now would be a good time for this humble warrior to enjoy some well-earned family time. He’s earned it.