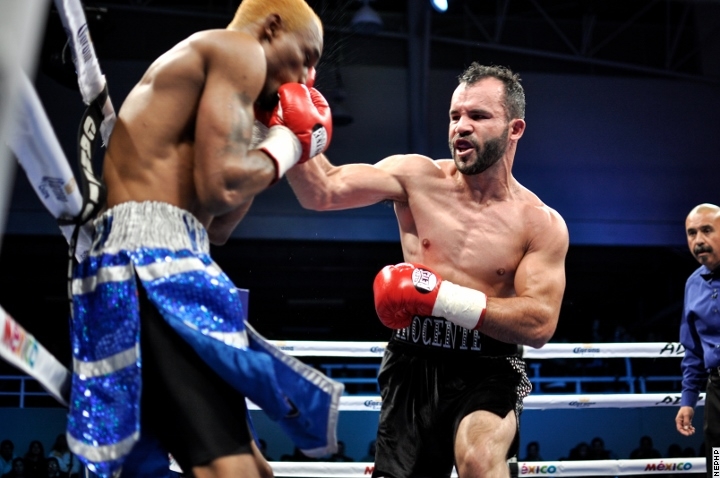 Alvarez (25-6-3, 16 knockouts) last fought on Dec. 2, winning a 10-round unanimous decision over Johnny Navarrete, also in Guadalajara. That fight came exactly three months after Alvarez and Navarrete had fought to an eight-round split decision draw.

The 31-year-old Alvarez is unbeaten in his last two, following a stoppage loss to Omar Chavez on Apr. 29.

Paez (40-10-2, 24 KOs) has lost five of his last seven outings. The son of former world titleholder ‘Maromero’ Paez was so sluggish in a 10-round unanimous decision loss to Jose Carlos Paz on Oct. 7 that he announced his retirement. The Alvarez bout has lured him back.

Opening the telecast will be a 10-round bout between former world titleholder Hernan ‘Tyson’ Marquez and Jose Quirino.

In his most recent outing, on Nov. 18, the 29-year-old Marquez knocked out overmatched Jose Beltran in the opening round. He is unbeaten in his last three since a decision defeat to Iran Diaz in December 2016.

Francisco A. Salazar can be reached by email at [email protected]oo.com or on Twitter @FSalazarBoxing