Gary Russell Jr.: Joseph Diaz Jr. ‘in for a rude awakening’ in May 19 title fight 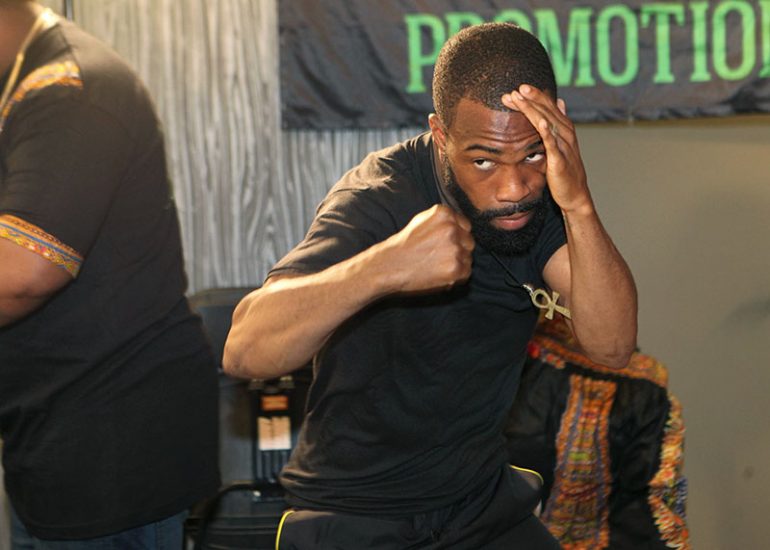 Gary Russell Jr. is getting ready for another title defense, and he’s gunning for another knockout.

Owner of perhaps the quickest hands in boxing, Russell will defend his WBC featherweight title against Joseph Diaz Jr. on May 19 at the MGM National Harbor in Oxon Hill, Maryland.

The 126-pound title tilt is one half of a Showtime split-site telcast (Adonis Stevenson puts his light heavyweight title on the line against Badou Jack in the main event from Montreal.) Russell (28-1, 17 knockouts) has been inactive, fighting just four times in the same span Diaz competed 16 times, but THE RING’s No. 2 featherweight isn’t concerned.

“I don’t see this being a long night,” said Russell, 29. “If he gets reckless, it might end early. I don’t plan on going the distance with anyone I step in the ring with. I know he’s in for a rude awakening.

“I don’t feel as though he has the punching power, the hand speed or the ring IQ to do anything to me. At the end of the day he’ll have the opportunity to say he got in the ring with Mr. Gary Russell, Jr.”

It’s another homecoming for Russell, who hails from nearby Capitol Heights, Maryland. His last fight, a seventh-round stoppage of Oscar Escandon, took place at the MGM about a year to the date of his next bout. Diaz (26-0, 14 KOs) figures to present a more formidable challenge, though. The Olympian has steadily improved, and he’s a different class of fighter than Escandon, even if Russell will be a decided favorite.

“It will be an early birthday gift for my Dad,” Russell said. “Last year I fought on his birthday, May 20. That’s pretty cool. I love fighting at the MGM. I love the convenience.

“I love that all my friends and fans, and the people who honk at me from their cars when I’m running can hop in their cars rather get on a plane to come and see me fight.”