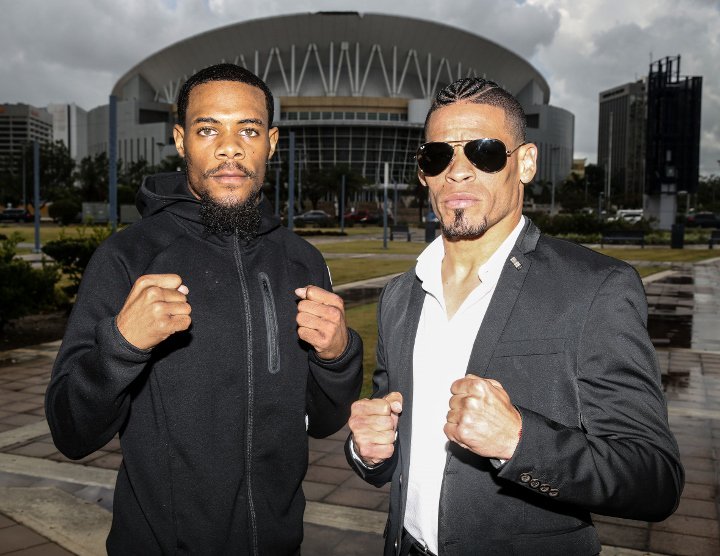 Junior lightweight Lamont Roach may have been cheated out of a victory, but he also learned more about himself than in any of his previous fights.

The 22-year-old Roach (16-0-1, 6 knockouts), from Upper Marlboro, Maryland, was fighting outside the U.S. for the first time. Despite having lost his previous two bouts, Cruz was the toughest test of the young prospect’s career to date.

Undaunted, Cruz continued to let his hands go, scoring repeatedly with left hands. Both fighters had their moments in Round 8, prompting cheers from the small crowd in attendance.

Sensing the fight hung in the balance, Roach upped his game in the final two rounds. With a minute remaining in the ninth, he dropped Cruz with a left hook but referee Luis Pabon inexplicably ruled it a slip.

“I think I should have won, but I showed that I was a true champ by going into his backyard,” said Roach after the fight. “We didn’t get the decision we wanted, but that’s boxing. (Washington) DC would be fine with a rematch, but whenever I get back in the ring with him, I’m going to destroy him.”

“The shot I landed in the ninth round should have been a knockdown, but sometimes you get the short end of the stick in the sport of boxing.”

In the co-feature, Jose Lopez won a 10-round unanimous decision over Miguel Angel Gonzalez of Mexico.

Both fighters were on the attack early, staying in the pocket and unloading with vicious body shots. However, what many had hoped would be another enthralling chapter in the Mexico-Puerto Rico rivalry dissolved into a one-side bout where Lopez was in control, consistently beating Gonzalez to the punch.

Lopez worked from the center of the ring, outboxing Gonzalez. Early in the 10th round, Lopez stunned Gonzalez with a right hand. He didn’t follow up, electing to stay at distance until the bell rang to end his night’s work.