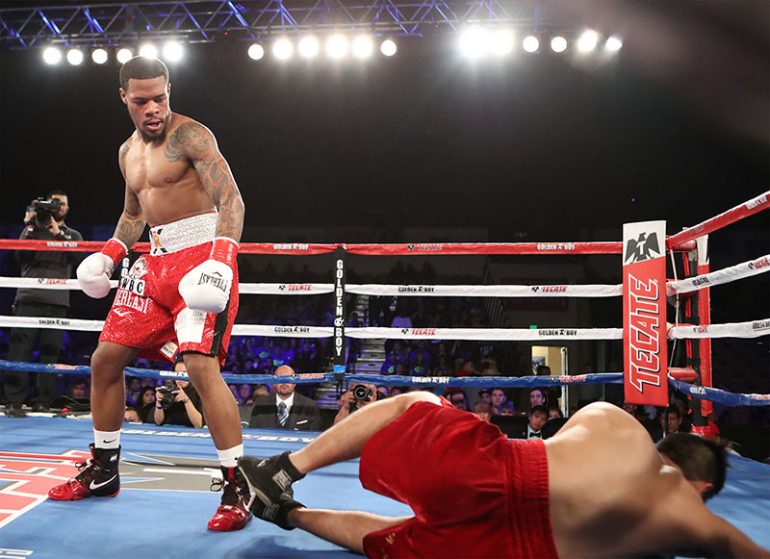 Lamont Roach Jr. traveled to Puerto Rico for the toughest test of his pro career in veteran Orlando Cruz, a crossroads bout that serves as the main event of tonight’s “Golden Boy Boxing on ESPN” telecast

This will be the 22-year-old Maryland native’s third bout since the death of his cousin and head trainer Bernard Roach. Lamont Roach Sr. took over the reigns as coach and the two have not looked back since as they enter their second consecutive appearance on ESPN.

“My father is a doing a tremendous job as a head trainer,” the younger Roach (16-0, 6 knockouts) told RingTV.com. “He has a lot on his plate and he is balancing it well. He stepped up pushed me to step up my game.” 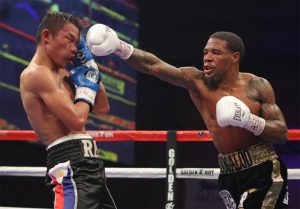 Roach won a unanimous decision over Rey Perez last November at the MGM National Harbor, which is minutes away from the Roach home in Upper Marlboro, Maryland.

Now Roach will hope to capitalize on the momentum when takes on the 36-year-old Cruz (25-6-1, 13 KOs), who is a two-time former world title challenger.

“Last time I fought in my hometown and this time I’m fighting in someone else’s geography, but It won’t faze me,” Roach said. “The ring is my home. It doesn’t matter where we fight because the ring is always my home.”

Roach understands what may be at stake should he can deliver another dominate performance.

“Golden Boy keeps me very active and they are handing my career very well,” Roach said. “They trust and believe that when they put me on a card I will not only win but will also look impressive.”

Roach believes his patience has helped propel his career to this point but also feels he is knocking on the door of a title eliminator bout in the not-too-distant future.

“The key is always to get the win,” Roach said. “I am coming to Puerto Rico to put on a great show for all the people. Cruz was only stopped by champions so I want to add my name to the list.”

Roach said while he’s only 22 he has already matured a great deal and is still working daily improving his skills. Roach said now that he is competing at junior lightweight he hopes he will be able to score more knockouts and not just dominate his opposition.

“I am coming to seek and destroy,” Roach said. “When my opponent is hurt I have to eliminate them. In my last fight I should have stopped Perez but it’s my fault that I didn’t finish the job. This time I will try to finish my opponent.”

While many young fighters take to social media to advertise their “greatness,” Roach admittedly takes low key approach when marketing himself online.

“I try to tell young fighters who are turning pro to not rush and post all this stuff on Instagram,” Roach said cautiously. “I tell them don’t get caught up with that stuff. Instead of posting about it just be about it.”

“Bernard told me to stay focused at all times,” Roach said. “He told me if I get off track even a little bit it will affect me in ways I can’t even see. I always think about that.”