Sergey Kovalev to defend title vs. Eleider Alvarez on HBO; Marcus Browne out 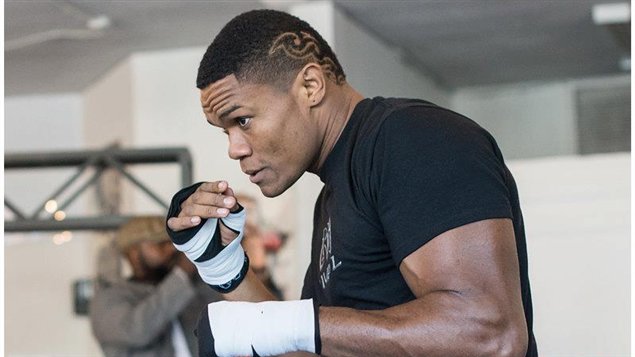 Sergey Kovalev was set to defend his light heavyweight title against Marcus Browne.

The contracts weren’t signed, and the fight wasn’t announced, but all major deal points were agreed to and both sides were moving ahead with the matchup.

Then Main Events CEO Kathy Duva caught wind of a New York Daily News report that Browne was arrested twice amid domestic violence allegations, and she decided to pursue Plan B. That second option materialized Tuesday, and within 18 hours, she struck a deal with Canadian promoter Yvon Michel to pit Kovalev against Eleider Alvarez, Duva told THE RING on Wednesday.

HBO will televised the 175-pound title tilt, but no date or site has been finalized yet, although Duva said it will take place in July or August on the East Coast. Kovalev-Browne was slated for July 15, but that date is no longer viable, Duva said, since Manny Pacquiao is fighting Lucas Matthysse on that date. Dmitry Bivol, a fast-rising star, will likely defend his 175-pound title on the televised Kovalev-Alvarez undercard.

“The deal [with Browne] had never been completed. We were looking at a giant red flag; he’s been in trouble twice in the last few months. These things are uninsurable,” said Duva, who sent over paperwork to Michel at 5 p.m. ET Tuesday and had the contracts signed by 11 a.m. the following day. “We found Eleider Alvarez really eager to take the fight and we thought that was the best route. As promoters, that’s the risk we take when fighters do things they’re not supposed to.”

Browne (21-0, 16 knockouts) was arrested after he was accused of grabbing his girlfriend by the arm and neck before poking her in the face with his index finger in an incident on December 12, according to the New York Daily News. Browne was arrested again after allegedly damaging the door of his girlfriend’s Staten Island, New York, apartment on March 30 — simultaneously violating a court order to stay away from her.

The 27-year-old Olympian was charged with attempted assault and harassment and was released without bail following the first incident. He was charged with criminal mischief, criminal contempt and harassment following the second incident. THE RING’s No. 9 light heavyweight is due in Staten Island Criminal Court on April 19 connected to both incidents.

While he awaits his day in court, his title shot has evaporated, and Alvarez receives his first world-title opportunity.

Alvarez (23-0, 11 KOs) has long been the No. 1 contender to the WBC belt Adonis Stevenson holds. The 34-year-old Canadian scored victories over faded former titleholders Lucian Bute and Jean Pascal last year, but he still hasn’t competed for a title. That’s because he has accepted step-aside money on numerous occasions to allow his countryman, Stevenson, to defend his title against other challengers.

Stevenson is scheduled to defend his lineal light heavyweight championship against Badou Jack on May 19. However, the fight still hasn’t been formally announced because Stevenson and Alvarez, who are both promoted by Michel, hadn’t yet come to terms on the step-aside agreement.

Now that Alvarez is fighting Kovalev for his title, the road is paved for Stevenson and Jack.

“We cleared the way for that,” Duva said. “Frankly, how this fight came to be, I told Yvon, ‘I can help solve your problem and you can help solve mine.'”

Team Browne is considering their legal options at the moment. Browne passed up his mandatory status with the IBF and his shot at titleholder Artur Beterbiev only after he received assurances regarding the Kovalev bout. Title fight contracts typically contain morality clauses, but that wouldn’t come into play since the deal was never signed, Duva said.

Duva says the change in opponent isn’t about taking a stand against domestic violence. She says she’s simply protecting her fighter and her company against a fight that might not take place due to legal ramifications.

“I don’t think it’s my place to make those decisions [on alleged criminal conduct]. I’m being pragmatic; this is a business,” stated Duva, who said she was never told about Browne’s legal issues during negotiations. “I’m not going to force something and hope it all works out. You saw what happened with [Canelo] Alvarez and [Gennady] Golovkin when you hope.

“I think [Eleider] Alvarez has a little better story [than Browne] — both undefeated, around same number of fights. Caliber-wise, I think they’re pretty equal. If they fought each other, I don’t know who would win. With Alvarez, you have this back story where Stevenson wouldn’t fight him, wouldn’t fight Sergey.

“We know who the obstacle was now; it wasn’t [Alvarez]. Alvarez deserves his shot and Sergey’s attitude was ‘sure, anybody, just find me an opponent.'”

Kovalev (32-2-1, 28 KOs) reclaimed a 175-pound title with a second-round TKO of Vyacheslav Shabranskyy in November. THE RING’s No. 1 light heavyweight then stopped Igor Mikhalkin in seven rounds in March.

Now, the 35-year-old Russian is stepping up against top-flight competition for the first time since his second defeat to Andre Ward.