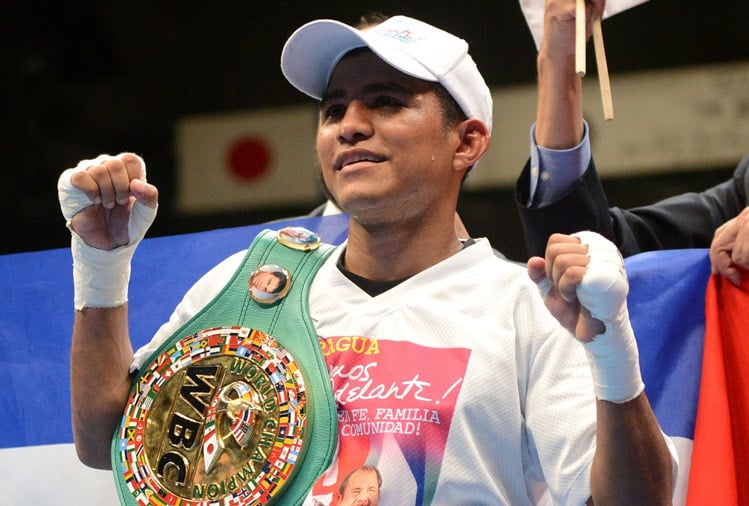 Now that Gennady Golovkin’s situation is finally settled for May 5, promoter Tom Loeffler is moving quickly to establish the undercard.

He told THE RING on Wednesday that the expectation is that Roman “Chocolatito” Gonzalez will fight on the HBO-televised undercard on May 5 when Golovkin defends his middleweight titles against Vanes Martirosyan in Carson, California.

Loeffler is working to find a suitable opponent for Chocolatito, who hasn’t competed since he suffered a brutal fourth-round knockout to Srisaket Sor Rungvisai on September 9. The promoter also hope to places the top female fighter in the world, Cecilia Braekhaus on the undercard with highlights shown on HBO.

“We hope to have Chocolatito on the show and Chocolatito wants to get back in the ring,” Loeffler said. “So if we can put him on the show, that’s the best combination in boxing. … The best male boxer, the best female boxer and a sentimental favorite in Chocolatito.”

Gonzalez’s fight with Rungvisai headlined an HBO card, but the Nicaraguan’s five previous fights were paired with Golovkin competing in the main event on HBO. Chocolatito did headline his own show at The Forum with a bout against Carlos Cuadras in September 2016, but the fight was televised live on HBO before a same-day replay of GGG’s win over Kell Brook from England.

The 30-year-old reigned as pound-for-pound king before back-to-back losses to Rungvisai last year. First, Gonzalez (46-2, 38 knockouts) was outpointed by the Thai fighter in controversial fashion, before no doubt was left in the rematch.

Gonzalez has now absorbed plenty of punishment as he continued to climb in weight, and the future hall of famer wasn’t nearly as effective at 115 pounds.

But he’s not done fighting yet, and with a date now lined up for him, Gonzalez is ready for one more ride.