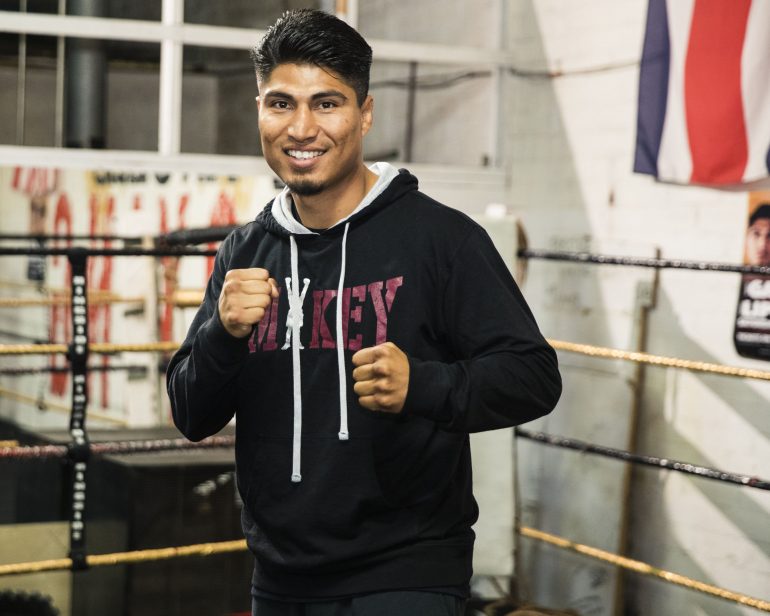 Mikey Garcia is no longer a dual titleholder.

Garcia (38-0, 30 knockouts) holds the WBC lightweight title, but his last two bouts were contested at 140 pounds. His victory over Sergey Lipinets on March 10 netted Garcia the IBF junior welterweight title, but he had to choose which one to keep. He informed the IBF he was vacating the belt, indicating he’ll campaign at 135 pounds.

The 30-year-old originally told the IBF he would keep their title, which meant a fight against mandatory challenger Ivan Baranchyk. The open-negotiation window was set to end on April 22, at which time a purse bid would be ordered if no deal was struck.

Now, Baranchyk (18-0, 11 KOs) will fight the next available contender for the vacant 140-pound title.

“[Mikey] was in Belize when the decision had to be made so I was always sort of expecting this was a possibility,” Baranchyk’s promoter, Lou DiBella, told THE RING on Tuesday. “Ivan is going to fight for a vacant world title and I’m confident he’s going to be a world champion.”

Garcia went to Belize on the church mission shortly after he outpointed Lipinets. His trainer and older brother, Robert Garcia, told THE RING last week Mikey hasn’t been to Robert Garcia Boxing Academy since he finished camp for Lipinets.

Mikey has won titles in four weight classes, and he’s even expressed a willingness to challenge for a strap at 147 pounds, but for now, Robert Garcia believes his brother is best-suited for 135 pounds.

“Right now, if it was up to me, it’s ’35,” Robert Garcia said. “’35, unify, maybe wait for the winner of (Vasiliy) Lomachenko and (Jorge) Linares. Hopefully Linares can pull it off. I know very few people think he can, but I believe Linares has the skills, the speed, the talent to do good. I wouldn’t be surprised if Linares pulls it off.

“But if not, then we’re going to have to maybe wait a few more years for the fight (between Garcia and Lomachenko) to be bigger and bigger to where both Mikey’s team and Top Rank would do something together and make the fight happen.”

Robert Garcia said there’s options for Mikey at both 135 and 140 pounds. Just because Garcia is set to campaign at 135 in the present doesn’t mean he won’t move back up after his next fight.

Mikey will have to be patient and wait for the outcome of Linares-Lomachenko on May 12. In the meantime, a unification fight against Robert Easter Jr. looms as an attractive bout, and it’s logical even they share Al Haymon as an adviser.

Whomever, Garcia faces next, he’s made one thing clear: he’s going to chase the biggest fights and the biggest paydays, and that means being flexible when it comes to the contract weight.