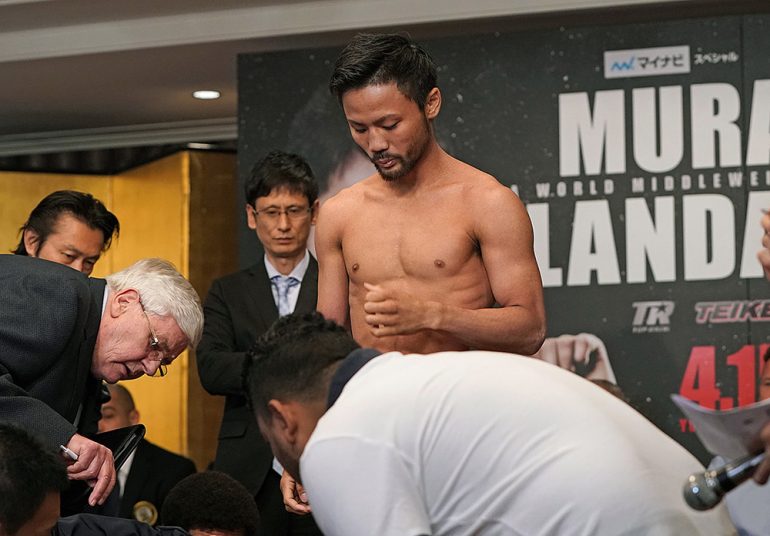 Daigo Higa's failure to make weight for his title defense vs. Cristofer Rosales was as much a part of his hiatus from the sport as his TKO loss to the Nicaraguan underdog. Photo by Naoki Fukuda
14
Apr
by Ryan Songalia

The top two flyweights have dropped their world titles in a span of a few days, and both without even entering the ring.

Daigo Higa (15-0, 15 knockouts) forfeited his WBC flyweight belt after coming in two pounds over the 112-pound limit on Saturday for his title defense against Cristofer Rosales, set for Sunday in Yokohama, Japan. It was to be his third time defending the belt, but now only Rosales (26-3, 17 KOs) of Managua, Nicaragua, is eligible to win the title after checking in at 111 1/4.

Higa, 22, won the title in May of 2017 with a sixth-round stoppage of Juan Hernandez and had looked devastating since then, rising to the No. 2 spot in the RING ratings. He had trained at the Wild Card Gym earlier this year and was in attendance for the SuperFly 2 card in February at the Stubhub Center, raising speculation that he may move to 115 pounds to chase bigger fights.

Higa’s failure to make weights comes on the heels of Donnie Nietes’ announcement to vacate the IBF flyweight title to challenge for the WBO junior bantamweight title, which Naoya Inoue gave up to move to 118 pounds.

Ryota Murata, holder of the WBA’s “regular” middleweight belt, came in exactly at the 160-pound limit for his main event fight against Italy’s Emanuele Blandamura, who weighed 159 1/2.

The card will be televised live on ESPN2, ESPN Deportes and the ESPN App at 8 a.m. Eastern Time on Sunday.