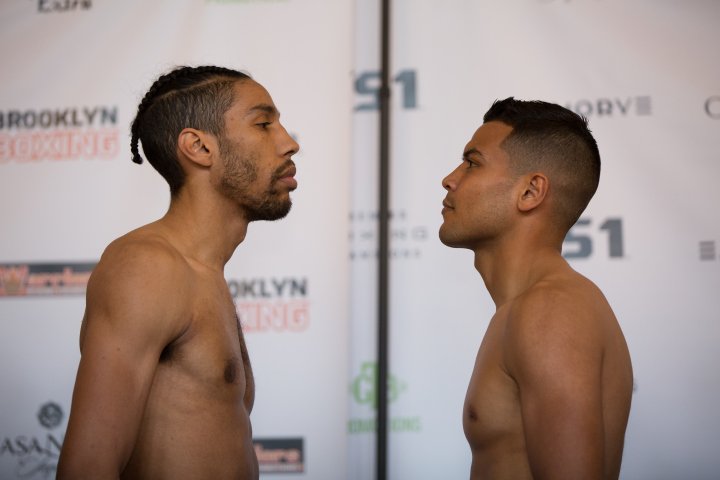 Welterweight contender Jamal James held off upset-minded Abel Ramos Friday, winning a 10-round majority decision at the Armory in his hometown of Minneapolis, Minnesota.

Utilizing a five-inch height advantage, James (23-1, 10 knockouts) rained punches down on the fighter from Casa Grande, Arizona. However, Ramos appeared to stun James with a left hook in Round 2, although he was unable to follow up.

James had regained his composure by the third, working behind a stiff jab and two-punch combinations. Ramos pressed the action, but his 6-foot-2-inch opponent was effective with counters to head and body.

“It feels so great to get this win in Minneapolis,” said James, who has won his last three bouts. “Ramos was a tough opponent who gave me a great challenge, but I was able to keep my composure and give the fans a win.

“I had to dig down tonight, but I think it was a good fight for me to grind out. I know if I keep working, I’m going to get a chance to prove myself against the best out there.”

In the co-feature, former world title challenger Edner Cherry (37-7-2, 19 KOs) returned to the ring for the first time in over a year, rallying to defeat Dennis Galarza by 10-round unanimous decision.

Galarza (16-3, 9 KOs) was effective early, but Cherry was able to make an adjustment midway through the fight, outboxing Galarza while walking him down in the second half.

Junior lightweight Chris Colbert (8-0, 3 KOs) forced Austin Dulay (11-1, 8 KOs) to remain on his stool after Round 7. Colbert had dropped Dulay in the prior session.