Ryan Garcia-Jayson Velez set for May 4 in Carson, California 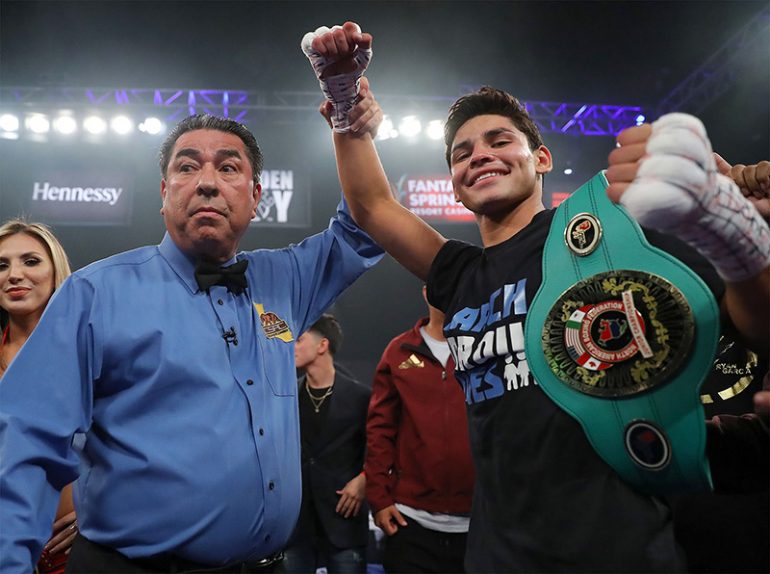 Unbeaten junior lightweight Ryan Garcia has had a penchant for explosive knockouts in recent fights and he may be banking on another one come May 4.

The exciting young prospect will face former featherweight contender Jayson Velez in a 10-round bout at the Stubhub Center in Carson, California. The Golden Boy Promotions card will be streamed live on ESPN3 (9 p.m. ET/ 6 p.m. PT) and on ESPN2 and ESPN Deportes (10:30 p.m. ET/ 7:30 p.m. PT).

Garcia (14-0, 13 knockouts) scored an impressive first-round knockout over former junior featherweight contender Fernando Vargas in his last bout on Mar. 22. The Victorville, California, resident also appeared on an ESPN telecast on Sept. 15, dropping Miguel Carrizoza twice before the fight was stopped at 0:30 of the opening round.

The 19-year-old Garcia has become a fan-favorite, particularly among young women who follow him on social media and are likely to make up a large part of his fan base in Carson.

“I’m back already and with high expectations,” said Garcia. “I’m glad to be headlining two times in a row and excited to be fighting in an iconic venue where there have been many wars. I said all along that I was destined for greatness. I’m speaking it to existence, and I will show that on May 4.”

Also on the card, Gary “Spike” O’Sullivan (27-2, 19 KOs), who was briefly considered to be an opponent for Gennady Golovkin on May 5, returns to action. The 33-year-old Irishman, who is co-promoted by Golden Boy Promotions and Murphy’s Boxing, has won his last five bouts, including an impressive seventh-round knockout win over Antoine Douglas on Dec. 16.