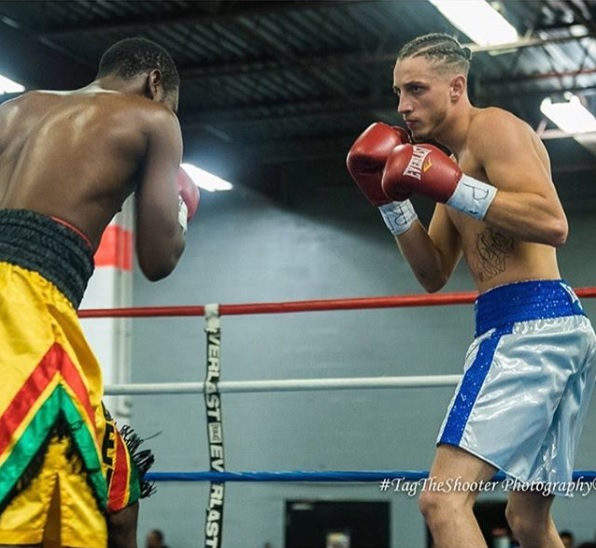 Best night of pro career and why: Daranyi feels each win is very meaningful because they have helped move him closer to his desired goal. There are a couple of notable outings for the young Canadian.

“My last opponent (Fabian Lyimo) had the best record (of anyone I’ve faced so far). He had 23 wins and seven losses (with two draws),” Daranyi told RingTV.com. “I fought (Javier Rodriquez) in front of 10,000 people on the undercard of Terence Crawford (versus Ray Beltran on November 29, 2014).

“I wanted to show everyone what I was capable of and I stopped (Rodriquez) in the fourth round. That was the best one for me because of the crowd and that experience was just amazing.”

Worst night of pro career and why: Similarly Daranyi feels, due to hand injuries and late changes in opponents, he’s not been at his best on more than one occasion.

“I had a couple of those; one of those was the fight where it went to the fifth round,” he said. “I was supposed to be doing a four-rounder and I didn’t know it was a six-rounder or who I was fighting until I got there, the day of the weigh-in.

“(Jacob Szilasi) was a tough guy and nobody was stopping him. I knocked him down with the punch but hurt my right hand. I felt like garbage that whole fight. I won every single round and stopped him in the fifth round.

“One that went the distance (against Gilbert Venegas), that is the main one. I had a lot going on and didn’t feel myself. I believe I could have stopped that guy as well.”

Next fight: Daranyi returns on Saturday against an opponent to be determined in Mexicali, Mexico. The plan going forward is for him to stay very active, fighting three or four times by the end of the summer.

The heavy-handed Hungarian-born fighter left his country of birth for a training camp to Cuba, where he gained high-level sparring with local Olympians.

“I learned a lot from there,” he said. “The Cubans, their style’s amazing. The way we trained down there, I got in good shape. I sparred Olympic medalists; it gave me a boost. I’ve always known I’m special but I’d never sparred anyone who was elite and I did really good.”

Since switching to the professional ranks in 2014, Daranyi has sparred with welterweight Samuel Vargas and undefeated middleweight prospect Steve Rolls but admits going to the Great White North isn’t ideal for sourcing high-level sparring.

“There’s no elite guys in Canada. It’s hard to get really good sparring,” he explained. “A lot of people don’t want to spar, (Promoter) Cameron (Dunkin) and I have been speaking about me going down to America and live and train down there because that’s where the boxing world’s at.”

The young prospect feels he has several noteworthy strengths that will be a problem for anyone he faces.

“I think my biggest strength is being able to adapt. I use my range a lot; I’m a tall fighter,” Daranyi said. “I have a lot of power. I can fight if I have to. I can move on my feet. I can be a boxer.

“Depends who I fight but the reason I feel I’ve been successful as a amateur and pro is because I’ve been able to adapt to the people I’m fighting. I’m thankful to God for the power. That’s God-given.”

Dunkin has previously managed 34 world champions but stepped into a new role as promoter. He is a big advocate of Daranyi and has a lot of faith in his skills and believes he has a high ceiling as a professional boxer.

“He has tremendous talent. He’s 6-foot-2; he can really punch,” said Dunkin. “He has excellent speed and is highly skilled. The plan for him is to step up the level of opposition in the near future and I believe he’ll be a world-class fighter, ready to take on the best in his division.” 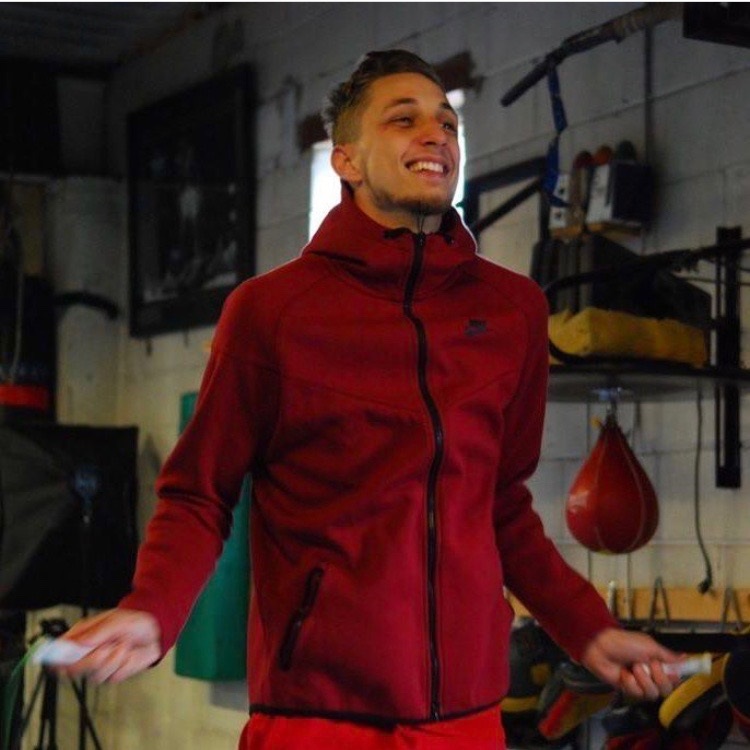 Why he’s a suspect: Daranyi is something of a perfectionist and always looks to get better in everything he does.

“I feel there’s a lot of things I need to improve on. Every day there’s something new I can learn,” he explained. “There’s always something I can touch up on. I want to be great in all aspects. I want to be the best I can be.

“The way I look at it, every day I go to the gym, every fight, there’s something I want to do better than I did last time. When I become world champ one day, there’s things I can do better.”

At times, Daranyi’s development has been stunted by persistent hand problems. He believes those are now behind him.

“Right now, my hands are great. I injured both my hands in fights; both hands were hurt. After the fight with Szilasi, I had to take eight months off. I wasn’t able to punch at all with (one) hand for six/seven months. I was just training without the hand. With that rested, it definitely healed my hand 100 percent.”

It is also important for Daranyi to relocate to America for better training and sparring. That could be the key to his continued development.

“I know what he’s capable of. Now he just had to prove it,” said Dunkin. “He’s made a commitment to go and train with Bozy (Ennis) in Philadelphia and spar with (undefeated welterweight prospect Jaron) ‘Boots’ (Ennis) and all the other guys down there. That’ll be great for him. He’ll be so much better after that.”

Storylines: Daranyi was born in Budapest, Hungary, and his family moved to Canada when he was five years old. He is from a big family, much of whom still live in Hungary.

His father was troublesome from a young age, in Hungary, but, as he got older and had his own family, he decided he wanted to take a different path and migrated to Canada for a better life.

Daranyi has boxed since before he can remember. His father always enjoyed boxing and playfully boxed with Daranyi when he was a child. He first went to a gym when he was nine years old.

Daranyi is not a Canadian citizen – and wasn’t allowed to represent Canada at International tournaments – though he’s a permanent resident, having lived there for 18 years.

He left school early: “I was just so focused on boxing. I knew I was going to make a living from boxing. I truly believe I’m going to be world champ. I trained full-time; eventually I want to finish school.”

Daranyi is a full-time boxer but when he was on the sidelines for eight months, he worked in sales. He got engaged last year and has a four-year-old son, with whom he has sole custody, from a previous relationship. He’s a family man who likes to go to movies, fishing and to the beach. Daranyi also enjoys various sports.