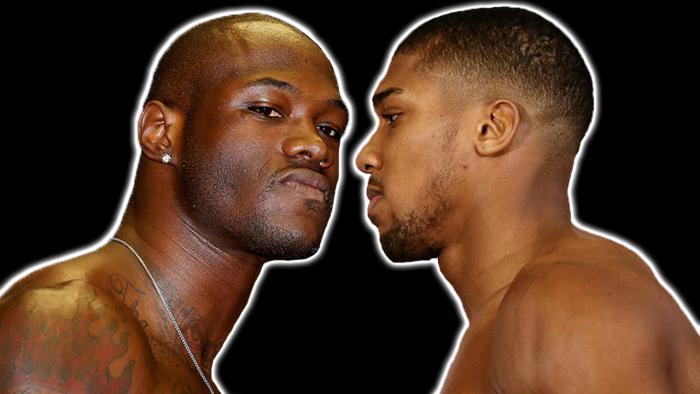 The first punch in the proposed heavyweight unification bout between Deontay Wilder and Anthony Joshua was thrown, predictably enough, by one of the promoters.

And no one is quite sure when the next one will be thrown, or even if it will be delivered by one of the fighters.

On Monday night, Eddie Hearn, Joshua’s promoter, made an offer to Al Haymon, adviser to Wilder, for a fight at an unspecified site at a date yet to be determined. The only definitive piece of information in Hearn’s offer was the amount of money he is willing to offer Wilder: $12.5 million.

And with the offer comes a caveat: Take it or leave it.

“If they don’t want it, we’ll fight our mandatory,’’ Hearn told THE RING by telephone on Tuesday morning.

But he added this somewhat encouraging caveat: “If they don’t accept it, the fight’s not dead. It just means we’re going to fight Alexander Povetkin next, and we’ll talk again in December, or February or March of next year.’’

Considering the colorful history of boxing negotiations, Hearn’s offer is probably the first shot in what is likely to be an entertaining period of posturing, saber-rattling, threats and counter-threats that in all likelihood will culminate in the two undefeated heavyweights, one with a huge fan base in his native England and the other with huge power in his right hand, eventually sharing a ring together in what will easily be the biggest heavyweight title fight since Mike Tyson challenged Lennox Lewis in Memphis in 2002.

But the question is, is it still possible for the fight to take place in 2018, or are fight fans in for another year, or more, of waiting?

On Monday, THE RING spoke with Shelly Finkel, a co-manager of Wilder who is the front man for Haymon in the negotiation. Finkel and Hearn had been exchanging emails since last week, and Finkel had been told to expect an offer sometime this week.

“If it’s anything within reason, we’ll do it,’’ said Finkel, who added Wilder had expressed a willingness to fight Joshua before a hostile crowd in the United Kingdom, where Joshua routinely fills stadiums with up to 90,000 highly partisan fans. Finkel also said Wilder and his team would be agreeable to accepting the shorter half of a 60-40 split of all revenue, which is expected to top $50 million.

A day later, however, having been apprised of Hearn’s offer, Finkel seemed a lot less agreeable.

Translation: $12.5 million does not fit the definition of “within reason.’’

Both fighters defended their titles in March. Wilder survived a near KO loss to Luis Ortiz at the Barclays Center before rallying for probably his most impressive victory yet. Three weeks later, Joshua labored to a disappointing decision win over Joseph Parker, the first time in his career he had been forced to go the distance, to add Parker’s WBO title to his belt collection.

The close call in the Wilder fight conceivably prodded both sides to move on a unification bout before one of the two gets knocked off.

“It’s heavyweight boxing, anything can happen,’’ Hearn said. “There is always the danger someone could get beat and cost everybody a huge payday.’’

The Wilder side concedes that Joshua, who is unbeaten in 21 fights with 20 knockouts, is the bigger draw right now, having packed Wembley Stadium with 90,000 fans for his title-winning effort against Wladmir Klitschko last April, and defended it against Carlos Takam and Parker before crowds of 80,000 in Cardiff’s Principality Stadium. Joshua’s fights also routinely sell upward of 1 million pay-per-view subscriptions in the UK, a number no heavyweight fight has approached in the U.S. since Tyson-Lewis. Joshua also has three of the four heavyweight title belts, the WBA, IBF and WBO. Wilder (41-0, 40 KOS) is the WBC champion.

“We’re the A-side of this matchup,’’ Hearn said. “A 60-40 split is so disproportionate in terms of the relative values of both fighters. Our offer is five times what Deontay Wilder has made for any fight. Everything he gets in this fight is because of Anthony.’’

The Wilder side counters that neither fighter is a proven pay-per-view commodity in the U.S., since neither has appeared in an American pay-per-view events, and in fact, Joshua has never fought on this side of the Atlantic.

“In the UK. Joshua is a rock star of the highest level,’’ DiBella said. “But he could walk down Fifth Avenue and no one would know who he is. He needs Deontay Wilder as much as Deontay needs him.’’

If the Wilder side rejects his offer, Hearn is threatening to fight Povetkin next, and maybe even Jarrell Miller, before coming back to the table in perhaps as long as 18 months down the road. The Wilder side has floated the possibility of a doubleheader featuring he and the comebacking Tyson Fury, in separate bouts, and maybe even in the UK.

“We could call it Power and Fury,’’ DiBella said. “Just to make it clear to Eddie and Joshua that they are not the center of the universe and we do have options.’’

And so it is likely to go between now and whenever the two sides can finally, inevitably, come to a deal.

Asked which of the many fight negotiations he has been involved in was the most difficult, Finkel – who helped broker the Tyson-Michael Spinks fight, an incredibly difficult negotiation in 1988 – said: “This could be it.’’

Asked if he was confident that the fight would get made this year, Finkel said, “If it’s up to us, yes. We want the fight to get done. It’s the right fight at the right time for both fighters. I believe it will happen. But it’s just not happening yet.’’