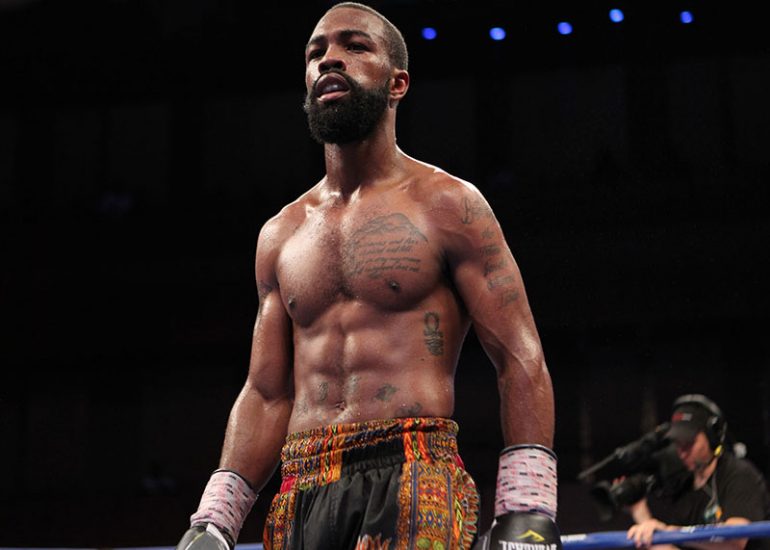 Following two years out of the ring and a decision loss, Russell shouldn't be among the featherweight top five, says panelist Diego Morilla. Photo by Tom Casino-SHOWTIME
10
Apr
by Mike Coppinger

With Keith Thurman sidelined, the door opened for another title fight to be added to Showtime’s May 19 schedule.

Russell will defend his WBC featherweight title against Diaz on May 19 at Bell Centre in Montreal, Canada, sources involved with the planning told THE RING. The fight will be televised on Showtime and paired with the main event featuring Adonis Stevenson’s light heavyweight title defense against Badou Jack.

Russell (28-1, 17 knockouts) and Diaz (26-0, 14 KOs) agreed to the deal last week in a fight ordered by the WBC. Russell, THE RING’s No. 2 featherweight, is one of the sport’s most talented fighters. However, he’s also one of its most inactive. Since he was soundly defeated by Vasiliy Lomachenko in June 2014, Russell has competed just four times.

During that span, Diaz, a fellow U.S. Olympian, has competed on 16 occasions. He’s THE RING’s No. 7-rated fighter at 126 pounds.

Golden Boy, who promotes Diaz, works with HBO for all their major shows, but they’ve proven they’ll work with other promoters — and networks — to consummate the best matchups.