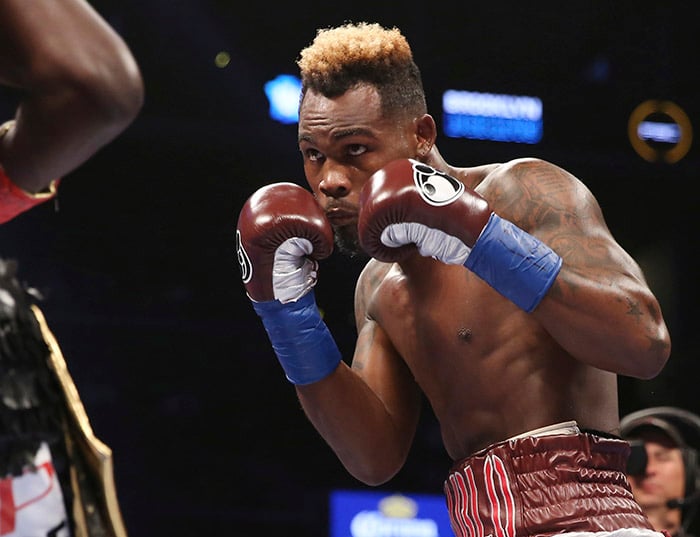 Jermell Charlo finally has an opponent for his next title defense.

He’ll put his junior middleweight belt on the line against former titleholder Austin Trout on June 9 at Staples Center in Los Angeles, a source with knowledge of the deal told THE RING. The 154-pound title tilt will serve as chief support for the featherweight title rematch between Leo Santa Cruz and Abner Mares on Showtime. ESPN first reported the news.

Trout (31-4, 17 knockouts) is quite familiar with the Charlo family. The 32-year-old southpaw challenged Jermell’s twin brother, Jermall, for his 154-pound title in May 2016. Trout dropped a close but clear decision, and in his next fight, he was stopped by Jarrett Hurd in another title bout.

Now, Trout will vie for a title for the third time in four outings, and he’s facing long odds to reclaim championship status.

Jermell Charlo (30-0, 15 KOs) is just hitting his stride. The 27-year-old is a fearsome puncher and a talented boxer coming off the best performance of his career: a first-round knockout of former top amateur Erickson Lubin.

That impressive KO followed a devastating sixth-round vanquish of Charles Hatley, and Charlo has staked his claim as THE RING’s No. 2 junior middleweight.

Trout, even if he’s on a losing skid remains a viable challenger. He’s rated No. 7 by THE RING, and he’s proved his mettle on the big state in fights with the likes of Miguel Cotto and Canelo Alvarez.

If Charlo turns back Trout, talk will turn to a highly anticipated summit meeting with Jarrett Hurd to crown a new RING champion at 154 pounds.

“I’m down. Let’s go. We want that work,” Charlo said Saturday night at ringside for Hurd’s victory over Erislandy Lara. “I feel Hurd only took the fight with Lara because he realized the harder fight is with Jermell Charlo.”