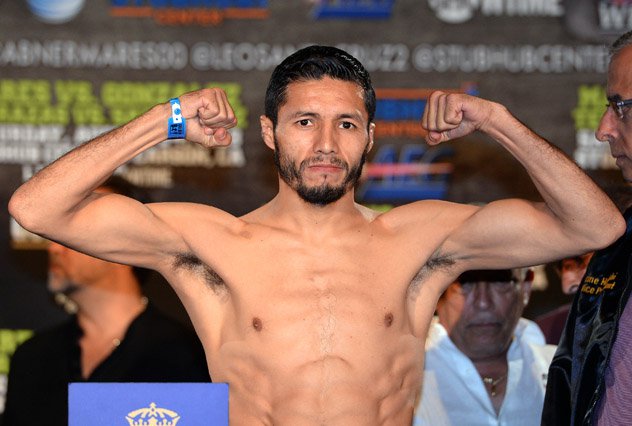 Another fight, another win for Mexico’s Jhonny Gonzalez, who now campaigns at lightweight.

The 36-year-old two-division world titleholder was victorious Saturday, winning a one-sided 12-round unanimous decision over Marlyn Cabrera at the Hotel Azul Ixtapa in Ixtapa Zihuatanejo, Mexico.

After a quiet start, both fighters began letting their hands go in the third, with Gonzalez initiating exchanges from center ring and forcing Cabrera to fight off the back foot.

By the seventh, Cabrera, who hails from the Dominican Republic, was merely fighting in spurts and seeking to survive. Gonzalez attempted to open his opponent up but sensing it futile, the experienced former champion reverted to controlling things from ring center.

Gonzalez is ranked No. 3 by the WBC and hopes to take aim at world titleholder Miguel Berchelt.

“I knew he was a fighter who was going to move around a lot,” said Gonzalez, who is ranked No. 9 by RING at junior lightweight. “He ran the whole fight but with my conditioning and preparation, I was again able to be victorious. There were times I hurt him, but I had to be cautious because we collided heads on two or three occasions.”

“I know I’m ranked No. 3 (by the WBC). We’ll wait to see what the promoters say (Promociones del Pueblo), but I will be ready when that time comes.”

With over a minute left in Round 3, Delgado dropped Chavira (9-16, 3 KOs) with a left jab to the head. Chavira, who was not visibly hurt, beat the count and made it out of the round.

Late in Round 4, Delgado knocked out Chavira with a right cross. The impact of the blow persuaded referee Laurentino Ramirez to wave the fight over at 0:48 of Round 4.

Delgado, who represented Mexico at the 2016 Olympic Games, improves to 4-0, 4 KOs. He is trained by Robert Garcia.