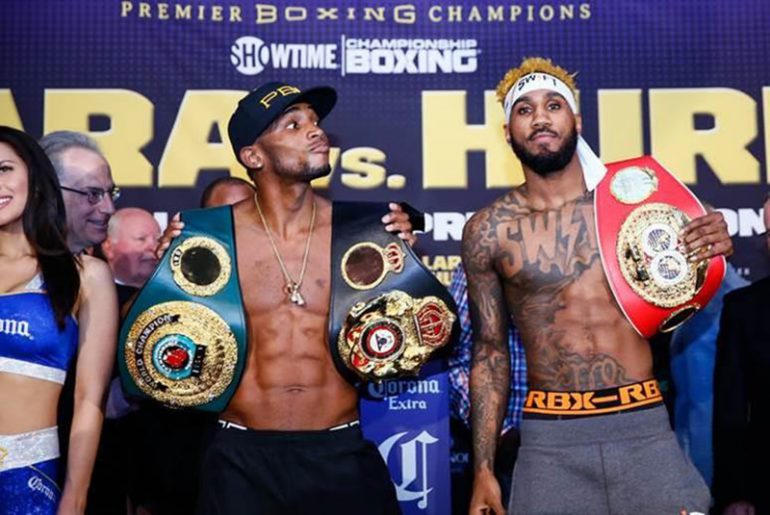 For as long as Erislandy Lara has been recognized as one of the game’s best fighters, he’s been panned for his overly cautious style.

The Cuban’s manner of fighting has carried him to the top of the 154-pound weight class, but not since 2013 has Lara engaged in a truly memorable bout. On that June night, Lara was forced to survive two knockdowns to stop Alfredo Angulo, a hard-charging Mexican who could really crack.

Only Hurd is much bigger, younger and fresher than Angulo. And Lara is now five years older at 34. Lara (25-2-2, 14 knockouts) claims it’s the exact style he relishes the chance to face: that non-stop pressure, with Hurd sure to continue stalking, leading to prime counter-punching opportunities.

“Everyone knows I love to fight his style. I’ve fought better and taller fighters than him and you’ve seen me dominate them,” said Lara, THE RING’s No. 1 junior middleweight. “It’s going to be nothing different on Saturday night.

“I want him to come forward. That’s what I’m prepared for. I’m going to give him a lesson on Saturday night.”

Supremacy at 154-pounds is at stake in the fight, with Hurd, THE RING’s No. 2-rated fighter, likely to vault Jermell Charlo in the ratings with a resounding victory. And it’s a fight Hurd lobbied hard for.

The 27-year-old rose quickly through the ranks since he was a relatively unknown prospect with a ShoBox appearance against Frank Galarza in November 2015.

The Maryland native was the B-side when stopped Galarza and then he scored another stoppage with a victory over Mexican Olympian Oscar Molina. And then another. And another. Hurd’s scored four wins inside the distance since his American TV debut, with each more impressive than the last.

His last two victories came against Tony Harrison in a title-winning effort and then in a war with Austin Trout in his first defense.

Now, Hurd (21-0, 15 KOs) will look to continue his ascent with an attempt to add a second title to his collection, and he’s certainly brimming with confidence, buoyed by the incredible size advantage he’ll enjoy. Hurd, at 6-foot-1, will tower over the 5-foot-9 Lara, in addition to the increased poundage he’s sure to carry into the ring on fight night.

“This fight is coming at the right time for me because my confidence is very high right now,” Hurd said. “He’s a little older so I’ll be the younger and fresher fighter. I just feel like it’s my time. I’m going to be relentless. I’m not stopping until I get what I want.

“Lara is a guy who can’t take pressure fighters well. I have some of the best pressure in the game. I’m younger, stronger, taller and longer. He’s not going to be able to run for 12 rounds.”