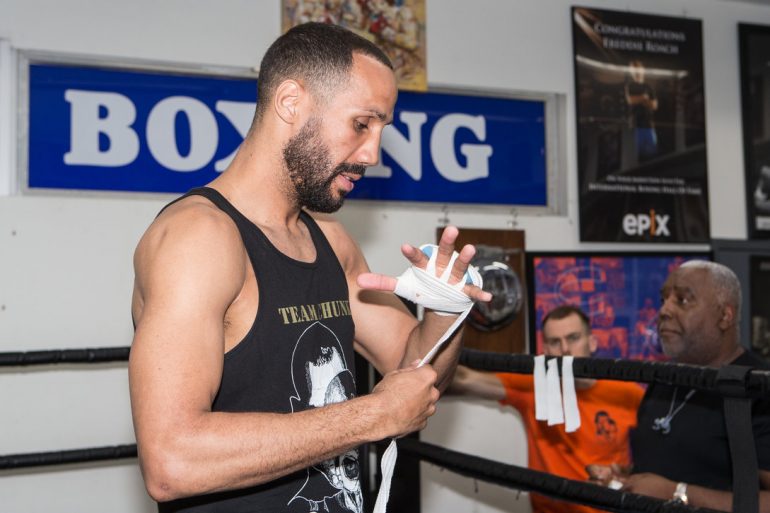 LOS ANGELES — James DeGale woke up groggy in a Manchester hospital and tried to gather his bearings. When he finally came to, the surgeon delivered some troubling news: his right shoulder was badly damaged.

A 180-degree tear around his shoulder, the same shoulder that powered the southpaw jab and hook that carried him to not just Olympic gold, but a super middleweight world title as England’s first boxer to accomplish both in the country’s history.

The AC joint needed to be stabilized, too. Oh, and add a torn rotator cuff to the list of issues. When DeGale donned the gown and prepared for surgery on that early June morning, he didn’t realize quite how bad the injury was.

After all, he’d dealt with the pain through the wear-and-tear of two training camps and performed well against Porky Medina and Badou Jack, even if the outings weren’t up to his standards. DeGale turned back Medina, but the journeyman lasted the distance and even won some rounds. He certainly didn’t resemble the fighter who dropped Andre Dirrell twice to win the title in May 2015, nor the man who fought a “juiced up (Lucian) Bute. Beat his ass. From then, my performances gradually deteriorated.”

Then in January 2017, DeGale battled Jack in a brutal fight that ended in a draw.

Busted eardrum, lost teeth and a badly damaged face. He went to see a specialist a few weeks later and learned his shoulder required reconstructive surgery. But he and the surgeon, didn’t realize just how bad it was until the knife pierced the skin five months later.

After a four-hour procedure, his shoulder was repaired. And the surgeon instructed him then: You won’t be ready to perform any athletic activities until December.

Even when he was a little boy growing up in London, he was impatient, his father Leroy DeGale insisted. So when December rolled around, DeGale thought about his unpaid house. And he thought about how much he missed boxing, and figured he’d sneak in a “little title defense.” Caleb Truax, a journeyman who’d been knocked out in one round by Anthony Dirrell, and then lost every round before a 12th-round stoppage to Daniel Jacobs in his only other title fight, was the hand-picked opponent.

Truax seemed to be the perfect foil for a comeback fight. A soft touch.

“I’m going to be brutally honest: this guy is just a gatekeeper for the prospects coming up to see how good they are,” DeGale told THE RING following a workout last week at Wild Card Boxing Club.

When Round 1 rolled around for DeGale’s title defense against Truax, he knew it would be anything but an ordinary defense. His advisor, the ubiquitous Al Haymon, instructed DeGale to wait until 2018 to fight. But DeGale ignored him, and ignored the warning signs in camp as his shoulder continued to ache.

“I was enjoying being champ; partying too much, women. That never got to the extent where I had to go see someone (for help), but little factors, enjoying life too much. Buy this, buy that. It’s a learning curve and I’ve learned, and I’ve learned the hard way.”

DeGale was unable to double off the jab or even throw a hook off the jab, and as he struggled, Truax continued to land power shots, pile up points and gain confidence. When the bell rang to signal the end of the fight, DeGale knew: he’d been defeated, a shocking upset in one of the most surprising results in recent memory.

DeGale acknowledges he wasn’t in proper condition for a 12-round fight in addition to the trouble with his shoulder. And for the past four months, he’s been “walking around with a cloud over my head. I can’t believe this guy, even with me injured, beat me. I was in a bad, bad way.” 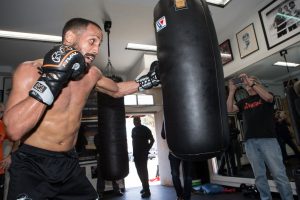 The 32-year-old still feels down, but as the fight draws ever nearer, his spirits begin to lift. On Saturday in Las Vegas, he’ll have a chance to right wrongs, absolve his regrets and prove he’s not a shot fighter as so many have suggested.

He’ll have the opportunity to grab his title back from Truax in the rematch on Showtime, and prove he’s still one of the best fighters in the world. Still the man who made history. Still “Chunky.”

“Even training for this fight has been difficult,” he said. “I’ve been motivated, but it’s been difficult. Every day I have to think “Oh my god, Truax beat me, this is crazy [expletive]. I feel so much better now because it’s a week away. I have a chance to [expletive] this guy up and show I’m levels above him.”

It’s not enough for DeGale to just beat Truax and put the title back around his waist. To truly rid himself of the demons that haunt him from December, to extinguish the fumes of depression that surround him, to prove he’s still elite, simply winning isn’t suffice.

“This fight has to be a dominant performance, otherwise people won’t take me seriously,” DeGale said pointedly. “I need to knock him out or I need to whitewash him and win every single round; I can’t let him touch me.

His longtime trainer, Jim McDonnell, insists there will be surprise following the rematch, too, but this time at how “easy it is” for DeGale.

And if the fight doesn’t go according to plan?