Jorge Linares-Vasyl Lomachenko to be featured on RING Magazine cover 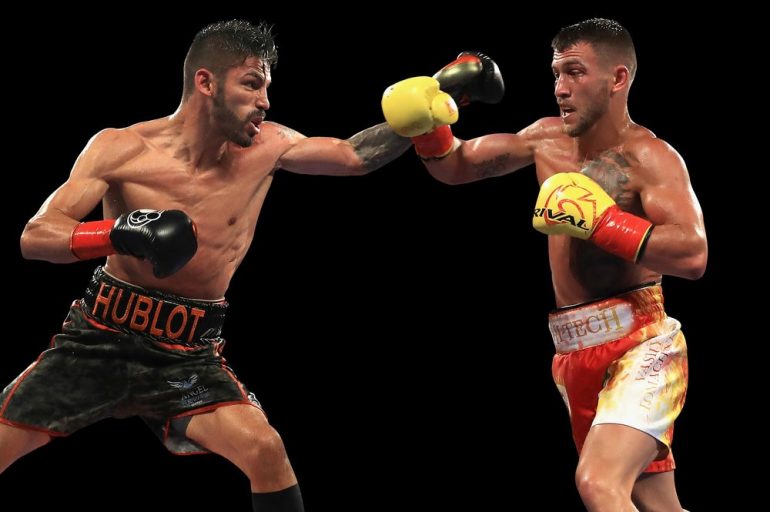 Larry Merchant wasn’t exaggerating when he called boxing “the theater of the unexpected.”

Just when you think you know the sport well enough to anticipate what happens next, it throws you a crazy curveball. That unpredictability is what makes boxing dramatic, fun, special.

It’s also what makes it a royal pain in the ass to cover – especially with a print publication. Our forthcoming issue was supposed to feature a Richard Slone painting (see below) of Canelo Alvarez and Gennady Golovkin squaring off for their big rematch on May 5 at T-Mobile Arena in Las Vegas. 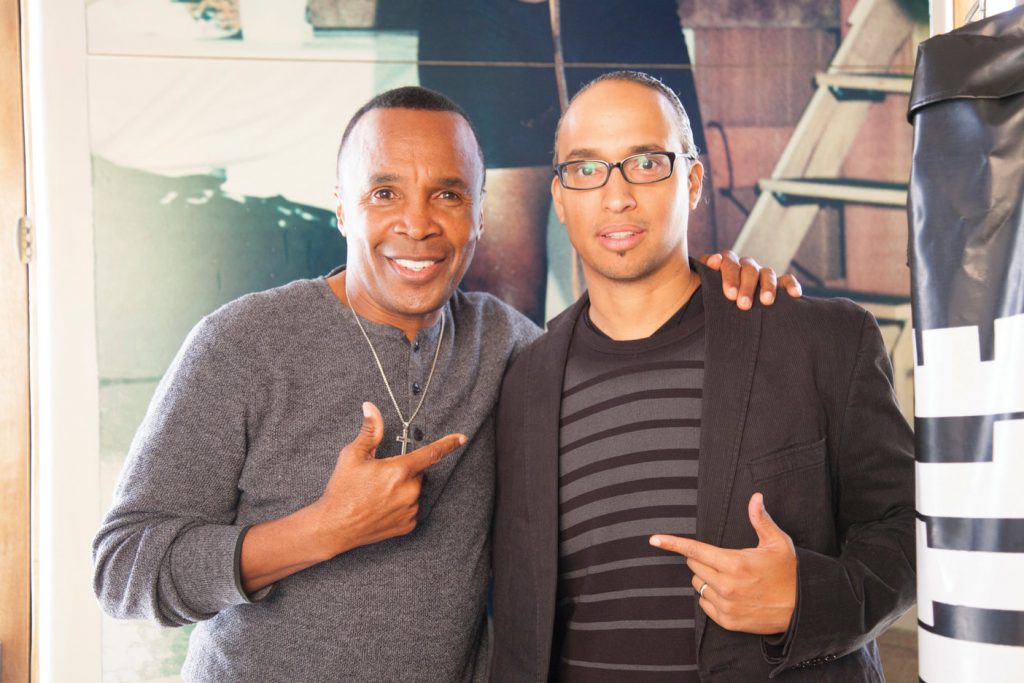 My boyhood idol, Sugar Ray Leonard, was our guest editor. Who better to comment on legacy-making return bouts? Leonard’s description of his mindset going into his own legendary rematches with Roberto Duran and Thomas Hearns, and his thoughts on what Alvarez and Golovkin need to do in their second go-around, was presented in this Ringside column and it served as the core of a brilliant cover story penned by associate editor Tom Gray.

We had many excellent Canelo-Golovkin-related features lined up for you, dear readers. And beyond the editorial content, we had grand plans for the marketing of the special superfight preview issue. It was going to be everywhere in Las Vegas. Fans were going to be greeted by life-sized cutouts of Canelo and GGG holding this magazine outside the gift shops at McCarran International Airport!

We couldn’t wait for this issue to hit newsstands in late April. We were going to have record sales, we were sure of it! And that enthusiasm powered us through a short production cycle, kept us going without sleep for two days before literally making the printer’s deadline with not one minute to spare on Friday, March 23.

And less than two hours later, news of Alvarez’s temporary suspension by the Nevada Athletic Commission as the result of his two positive tests for the banned substance clenbuterol hit social media. It hit us like a brick to the face.

Alvarez, who claimed to have ingested the clenbuterol from tainted beef while in Mexico in February, was scheduled to explain the “adverse analytical findings,” as commission executive director Bob Bennett put it, at an April 18 hearing. 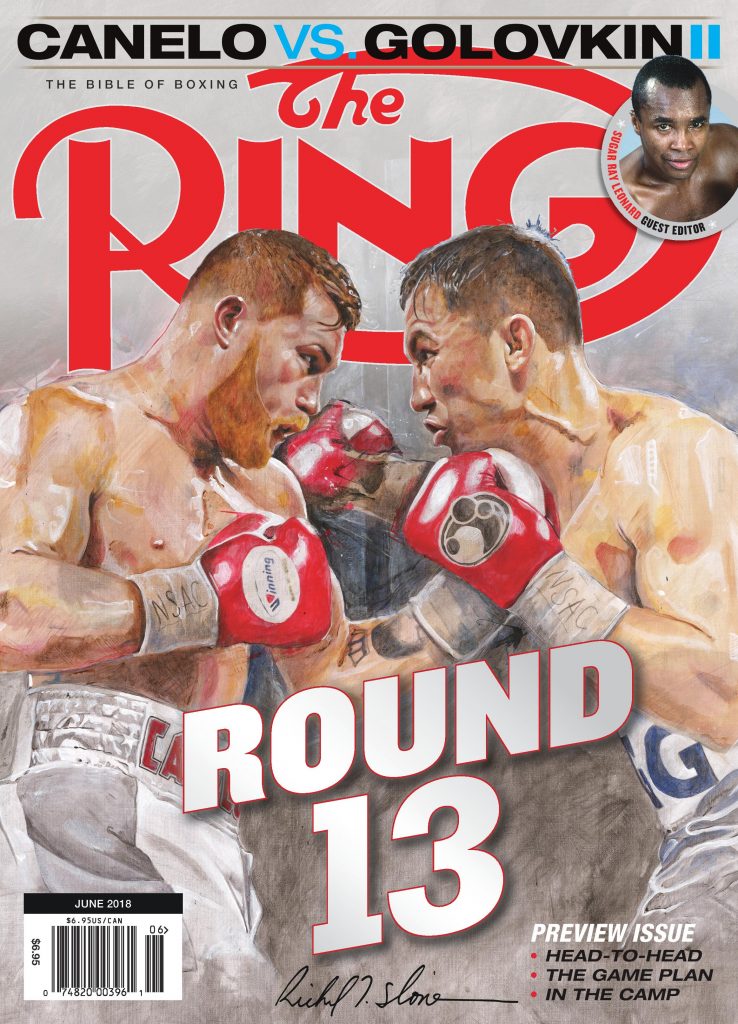 While cynical fans immediately took to Twitter to proclaim that the NAC meeting was a mere formality because Sin City will green-light anything that brings in the big bucks, industry insiders knew that the fight was in real jeopardy.

So, we had a choice to make: Let the magazine be printed as it was, or read the writing that was on the wall and “stop the presses” like in those old-time newspaper movies. We put our heads together with publisher Stefan Friedman and decided to sub out all that wonderful Canelo-Golovkin content for new material.

Thankfully, we had a small window of time (one week) to get this done. And though we had to hustle like crazy, we were fortunate to have contacted the printers before they began converting our files to hard copy, and even luckier that a dream fight had recently been scheduled one week after Canelo-GGG 2 was to take place – the May 12 showdown between RING lightweight champ Jorge Linares and 2017 Fighter of the Year Vasyl Lomachenko.

Linares-Lomachenko is not the mega-event the middleweight championship rematch was to be, but it’s worthy of THE RING’s cover, and both fighters and their management graciously cooperated with our last-minute interview requests.

Is this issue going to sell like the original June 2018 edition? Probably not. But we’re delivering another quality magazine that hardcore fans will appreciate, and it was important for us to stay on our 12-issues-a-year schedule for our subscribers, old and new.

Enjoy the Linares-Lomachenko stories and the other features in this issue. We’ll bring you another quality magazine next month – just don’t ask me to predict who will be on the cover.

*New issue, featuring Linares-Lomachenko, will be available ON DIGITAL next week.