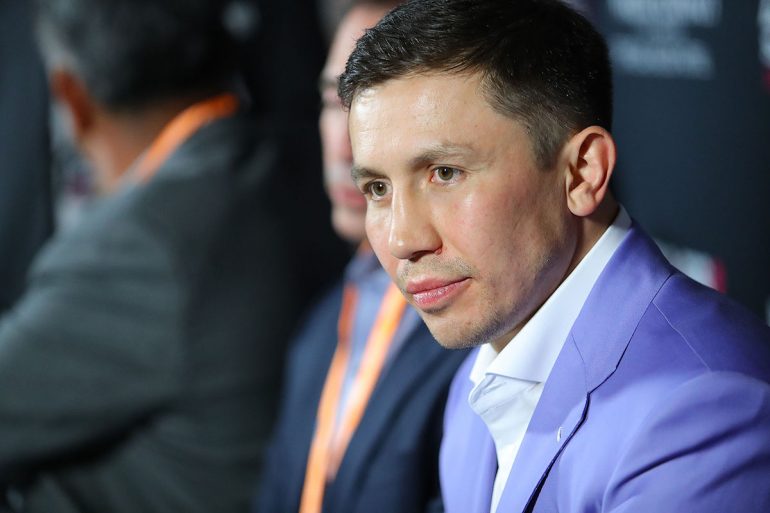 Canelo Alvarez is now officially out of his scheduled May 5 fight against Gennady Golovkin, but the show must go on.

GGG will remain on the date and defend his three middleweight titles in Las Vegas, with his return bout shifting from T-Mobile Arena to the smaller MGM Grand Garden Arena. The fight could still take place on HBO Pay-Per-View rather than HBO, and the front-runner to earn the nod is middleweight fringe contender Gary “Spike” O’Sullivan, according to sources familiar with the plans.

“I am looking forward to returning to Las Vegas for my 20th title defense and headlining my first Cinco De Mayo event on May 5,” Golovkin (37-0-1, 33 knockouts) said Tuesday via press release. “It is time for less drama and more fighting.”

Earlier in the day, Alvarez announced he was withdrawing from the highly anticipated middleweight championship rematch following positive tests in February for the banned substance clenbuterol, which he attributed to contaminated meat consumed in Mexico. The 27-year-old star was unlikely to be cleared to compete with an April 18 hearing in front of the Nevada State Athletic Commission looming.

Alvarez remains temporarily suspended, and it’s probable the ban will be extended later this month. The commission’s executive director, Bob Bennett, issued a formal complaint against Alvarez seeking disciplinary action. Canelo vowed Tuesday to cooperate with the commission, which could slash the state’s rules calling for a minimum one-year suspension to six months retroactive to February.

That would pave the way for a rematch between Canelo and Golovkin on Mexican Independence Day Weekend in September, one year after they battled to a controversial draw.

So it’s unlikely Golovkin will fight anyone who could upset the apple cart before then and ruin what figures to be another massive payday, especially on short notice.

O’Sullivan (27-2, 19 KOs) would fit the bill. The 33-year-old Irishman is a slow fighter who telegraphs his shots and he was stopped by Chris Eubank Jr. in 2015. However, he’s coming off a career-best victory, a seventh-round knockout of Antoine Douglas in December on HBO.

Golovkin turns 36 next week and with a successful defense of his 160-pound belts, in some circles (among those that recognize the WBA’s “regular” title) he’ll match the consecutive middleweight defense streak set by the legendary Bernard Hopkins.