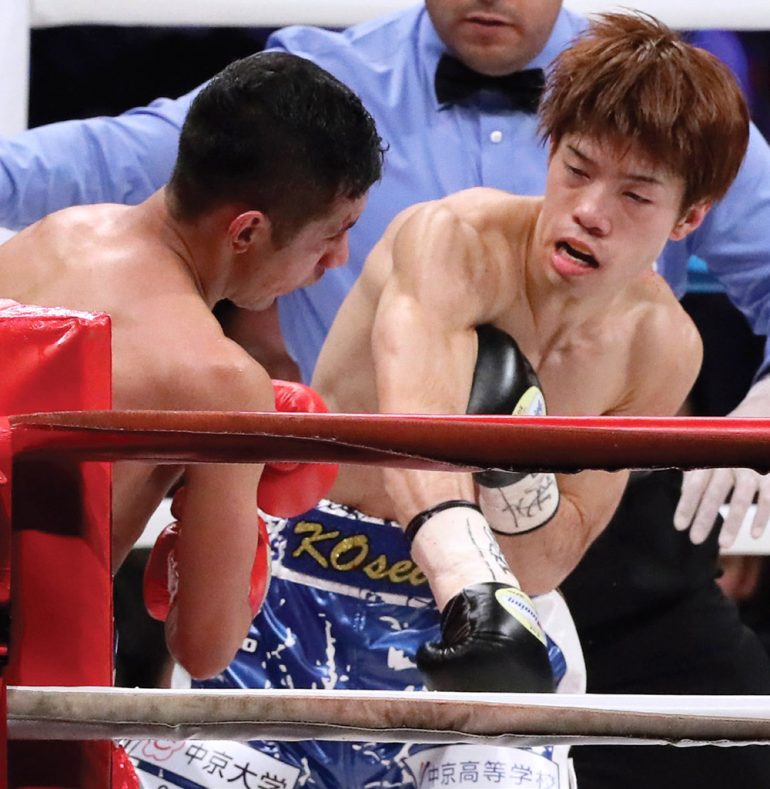 The win pushed Tanaka’s record to 11-0 (7 knockouts), positioning him for a third world title after having already won the WBO strawweight and junior flyweight belts since turning pro in 2013. The 22-year-old Tanaka had won the 108-pound belt on New Year’s Eve of 2016 and made two defenses in 2017 before stepping up in weight once again.

Tanaka last fought in September 2017, stopping Rangsan Chayanram in nine rounds, but suffering fractures in both of his eye sockets in the process.

Baldonado (10-1-1, 7 KOs), of Carmen, Philippines, had scored knockouts in two previous trips abroad in China, and took the loss as a learning experience. “I lost but I’ll come back and rise again,” said the 22-year-old from the MP Promotions stable.

Tanaka entered the fight already ranked no. 1 by the WBO at 112 pounds, and the WBO’s flyweight titleholder Sho Kimura was one of those in attendance in Nagoya. A showdown with Tanaka and Kimura (16-1-2, 9 KOs) could be one of the most crowd-pleasing domestic fights in Japan, which is currently enjoying a Golden Age in the sport.