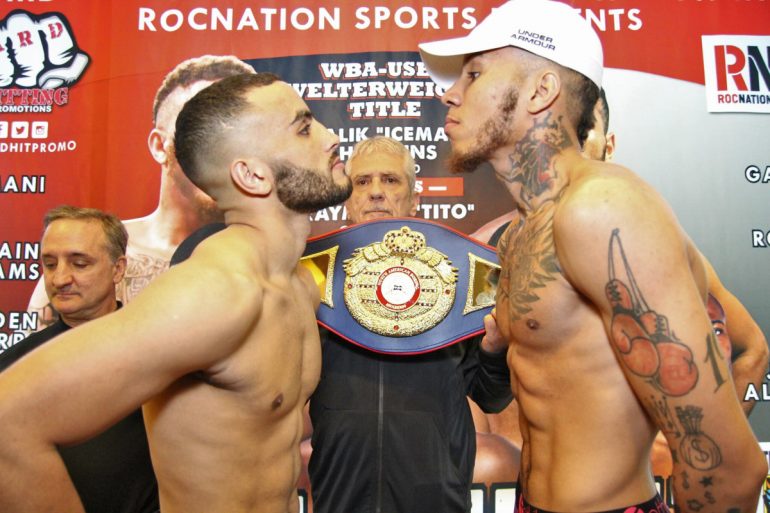 A crossroads bout between an unbeaten prospect and a fringe contender highlights tonight’s only fight card in the U.S.

Malik Hawkins will face his toughest test on paper when he squares off against Raymond Serrano in a 10-round bout welterweight bout at The Fillmore in Philadelphia, Pennsylvania.

At Thursday’s weigh-in, both fighters weighed just below the division limit. Hawkins tipped the scale at 146.1 pounds, while Serrano weighed in at 146.8 pounds.

In his most recent bout, the 22-year-old Hawkins (12-0, 9 knockouts) stopped Juan Jesus Rivera in Ashburn, Virginia, not far from his hometown of Baltimore.

A number of Hawkins’ bouts have been televised, including his second-round knockout victory of Carlos Soto in April.

Serrano (24-4, 10 KOs) will likely have a partisan crown in his favor as he resides in the Philadelphia area.

The 28-year-old won his last bout in November, when the previously unbeaten Enver Halili was disqualified for repeatedly spitting out his mouthpiece. Prior to that, Serano had knocked out Oscar Mora in one and scored a six-round Zack Ramsey.

Serrano’s most notable bouts were defeats at the hands of Karim Mayfield, Emmanuel Taylor, Brad Solomon, and Alex Saucedo.

Four more bouts will round out the Hard Hitting Promotions card.