Lou DiBella: ‘Deontay Wilder is not a chump’ 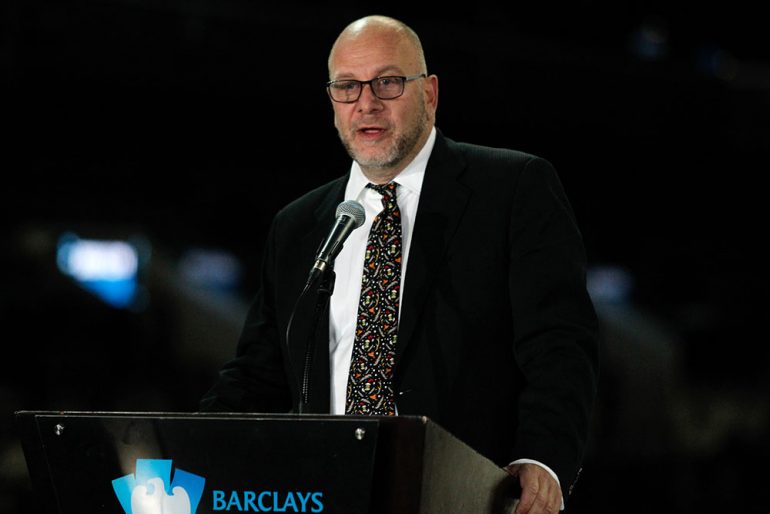 So Deontay Wilder won’t be ringside on Saturday in Wales, to get an in-person look at the guy he wants to fight ASAP, IBF/WBA heavyweight titleholder Anthony Joshua and the heavy-duty underdog set to test AJ, WBO titlist Joseph Parker.

Checking out the action on Showtime will have to do for the WBC heavyweight beltholder, who went back and forth with Team AJ, which includes promoter Eddie Hearn of Matchroom Boxing, then decided that staying in the U.S. would be the better move.

Lou DiBella promotes Wilder’s events and he talked to RingTV.com to give us a better sense why not being ringside to see Joshua-Parker in Cardiff was the preferred option.

“The idea that Deontay is being put on blast for not allowing himself to be set-up like a chump is preposterous,” DiBella said on Thursday afternoon. “He’s a champ, not someone’s chump.”

Wilder was keen to do commentary and then, yes, stir the pot for the fight he very much wants, him against Joshua. This, of course, presuming Joshua wins, which is no given, this being boxing, with one punch having the ability to change fate real fast and muck up the best laid plans of mice and men. He would have liked to head into the ring, stare into the face of the winner – let’s say it’ll be Joshua – DiBella said. However it looks like, Hearn continues to set up obstacles to making Joshua-Wilder, rather than smooth the road to activation. Said DiBella: “All Eddie Hearn has done is continue to diminish (Wilder) and the people around him.”

“He said, ‘I must be in the ring after,’ and we said, ‘Yeah, you’ll probably be invited,’ but it’s not a script,” Hearn said to ESPN. “You don’t get in the ring at this time. Anthony will probably call you into the ring but it’s not like we’re announcing a fight. (Wilder) was going to work for Sky (Sports). I mean, he would have been a yard from Anthony Joshua, as he’s getting interviewed, but he just didn’t fancy it. Dillian Whyte’s there as well. He would have been calling Wilder’s name out.”

DiBella pointed out that it feels like Hearn prefers to angle Wilder into a fight with his other client Dillian Whyte, who scored a KO on HBO over Lucas Browne last weekend. You can see for yourself, with his aforementioned phrasing, that maybe it would be how the situation could play out.

“I think Deontay did what any prideful, intelligent person would do. Eddie has the nerve to say he doesn’t want the fight,” the New York promoter said, voicing his even-tempered ire that Joshua’s handler is actually trying to elongate the process, rather than work to give the fans what they want in a timely fashion.

DiBella made it clear – and I say on the record that I agree with this reasoning – that excessive marination is a fool’s errand. “We’ve been pretty clear; there’s nothing on Deontay’s dance card going forward. The longer you let it marinate, the longer delay you have, the greater the possibility there’s a wrench thrown in. The reason it hasn’t happened is not because of Deontay or Shelly Finkel or Lou DiBella or Al Haymon. The fight will happen when everyone wants it to happen but you don’t see me running around, going to Twitter, don’t see me posturing.”

But DiBella is slightly irked. He said Hearn is manipulating the situation, setting up road blocks and trying to seed disarray or discontent or what have you, dictating terms to Wilder on how it would or shouldn’t go in Cardiff. Then Hearn will state that it looks and feels like Wilder doesn’t want to fight Joshua, reminding the former of a tactician who’s having some success with a similar strategy here in America. “It’s sorta like (President Donald) Trump,” DiBella said, touching on the method called “gaslighting.” However in this case, it sometimes feels like Hearn is working more on public perception than any particular individual, like Wilder.

“Eddie at least has to be held to his own words. And in my humble opinion, this was sort of a set-up,” DiBella continued. “He’d go and be confronted by Dillian Whyte. Bottom line, the champ is not a chump.”