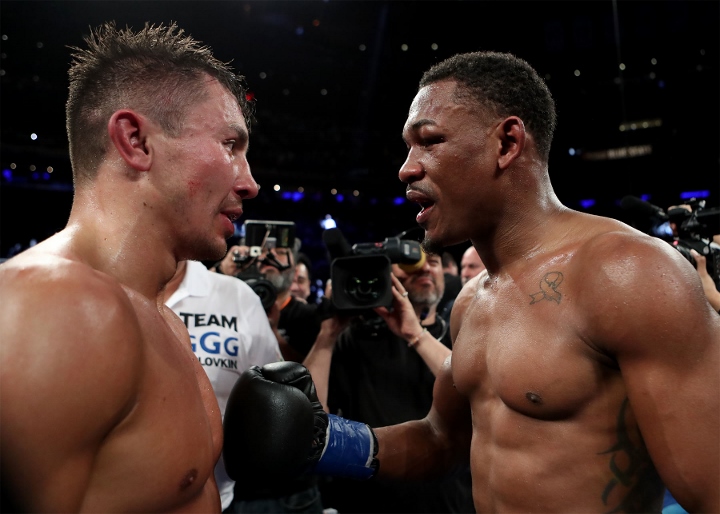 The middleweight bout between Daniel Jacobs and Maciej Sulecki at Barclays Center in Brooklyn, New York on April 28 has been approved as a final eliminator for the WBA title.

Jacobs, who is rated No. 2 by THE RING at 160 pounds, and Sulecki will battle it out to become mandatory challenger for the winner of the May 5 clash between Canelo Alvarez and Gennady Golovkin – should that bout go ahead following Alvarez’s hearing with the Nevada State Athletic Commission on April 10.

“I’m grateful for the WBA for this opportunity and it gives me even more motivation going into April 28,” said Jacobs, who lost a 12-round unanimous decision to Golovkin in March 2017. “I feel that I beat GGG in the first fight and everyone knows my plan has always been to fight the winner of the (Canelo) rematch. Now, there is no hiding place.”

The Sulecki bout will be Jacob’s second under Eddie Hearn’s Matchroom Boxing USA. In November, “The Miracle Man” scored a landslide unanimous decision over Luis Arias, and both Jacobs and Hearn are thrilled that the 31-year-old boxer-puncher is now within touching distance of his ultimate goal.

“This is great news for Jacobs and Sulecki and it’s such a huge opportunity,” said Hearn. “When we signed Danny, the aim was always to fight the winner of Canelo vs. GGG but sometimes in boxing, politics will work against you.

“Sometimes you have to take destiny in your own hands and now we know that victory on April 28 will lead us to the promised land. Danny Jacobs is the best middleweight in the world and now he can go and prove it.”