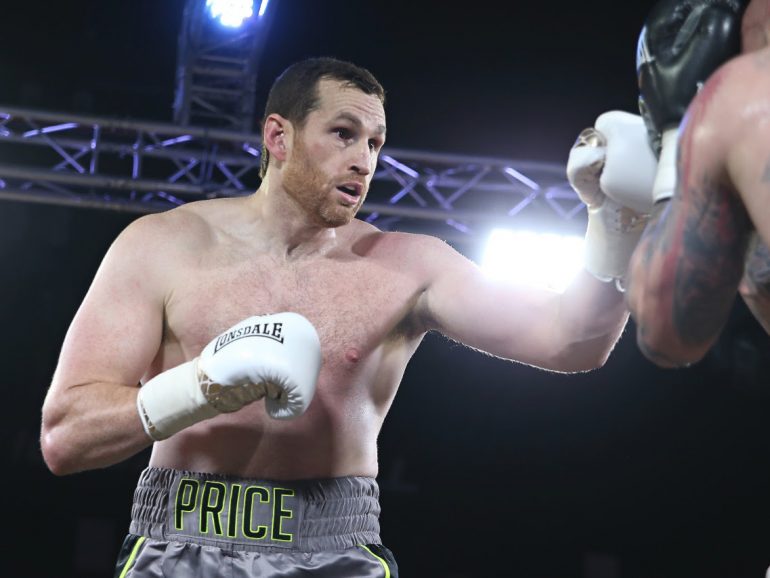 He knows full well he’s expected to be soundly defeated on Saturday when he meets heavyweight contender Alexander Povetkin in Cardiff, Wales.

Price was once a hot prospect. He claimed Olympic bronze for England at the 2008 Olympic Games in Beijing, but his professional career has been a massive disappointment. At this point, he’s an afterthought in boxing’s glamour division.

After all, the big man has been stopped four times, most recently by journeyman Christian Hammer. It’s clear Price can’t take a punch, and he’s not even sniffing contention. It’s Povetkin who could earn a heavyweight title crack at the winner of the main event between Anthony Joshua and Joseph Parker down the road.

But Price (22-4, 18 knockouts) knows: he’s just one upset away from rewriting his fortunes.

“To me, there’s another huge upside to this fight in what can come after victory,” Price said. “I’m expected to lose but I’ve got other ideas. I’m not coming in there to put up a good fight – I’m desperate to win.

“I don’t care how I win. The fight might surprise people and go the distance. I’m ready to do that if needs be. Most people think it’s going to be me on the receiving of a big knockout but big upsets happen in sports and that’s what I’m there to cause.”

Price is stepping way up in competition after four knockout defeats against far lesser fighters. The 34-year-old was stopped twice in 2013 by a 41-year-old Tony Thompson. Price also lasted just two rounds against Erkan Teper, a domestic-level fighter.

Now, Price will face off with Povetkin, THE RING’s No. 4 heavyweight. The 38-year-old Russian’s lone defeat came at the hands of future hall of famer Wladimir Klitschko, and Povetkin (33-1, 23 KOs) is an Olympic gold medalist.

“I’m buzzing for the biggest fight of my career,” Price said. “It’s got to be the best David Price ever on the night. There’s no other way and that’s how it’ll be.

“I say with my hand on heart that my preparation couldn’t have gone any better. I know how important the fight is but I’m determined to go in there nice and calm with the way I approach it. I know he’s dangerous.”