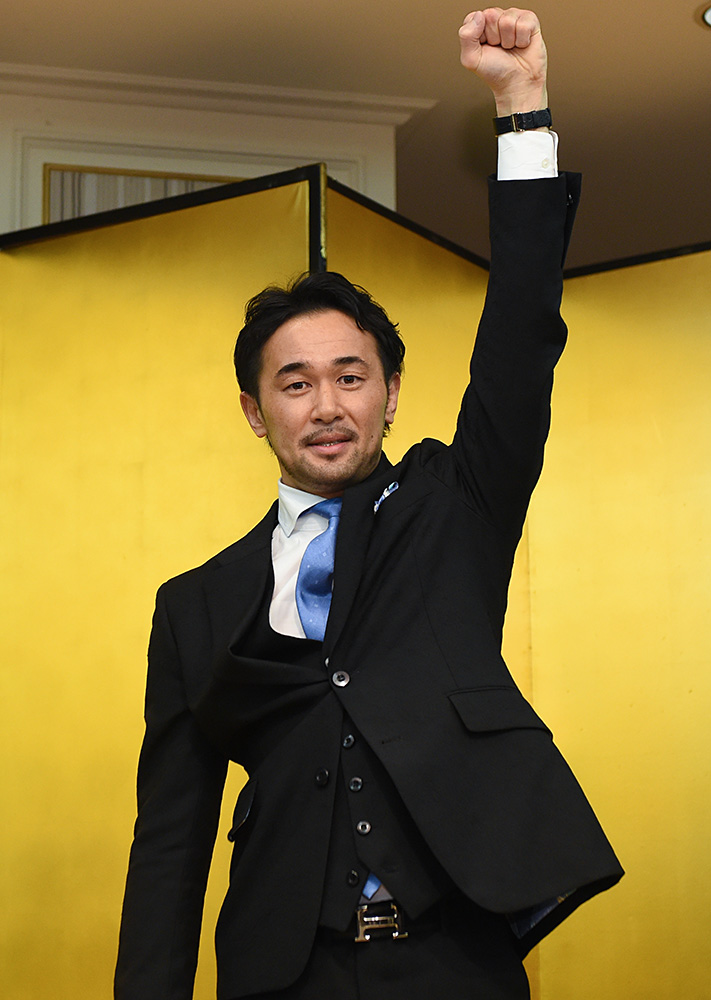 After he was knocked out in four rounds by Luis Nery in August, Shinsuke Yamanaka announced his retirement.

It was the first defeat of the longtime 118-pound champion’s career, but at 34, he felt he’d met the end. When he learned Nery tested positive for the banned substance zilpaterol, Yamanaka reversed course.

But the result was the same in the rematch, even if the circumstances surrounding the fight were again suspect. Nery missed weight by three pounds and he needed just two rounds to take out Yamanaka on March 1.

And this time, Yamanaka (27-2-2, 19 knockouts) says his retirement is for real. He again bid farewell to the sport at a news conference in Japan on Monday, where he competed in 15 title bouts and became a star.

“I’m really grateful to everyone,” Yamanaka, 35, said after the fight this month. “This is it. This is the end.

“There were only about 20 people who bought tickets for my debut fight, but so many people came tonight even though it was a weekday. I was really happy, it made me feel great. I really appreciate it.”

Yamanaka was on THE RING’s pound-for-pound list and was recognized as one of the best fighters in the sport for much of the past five years. But now he’s saying goodbye.