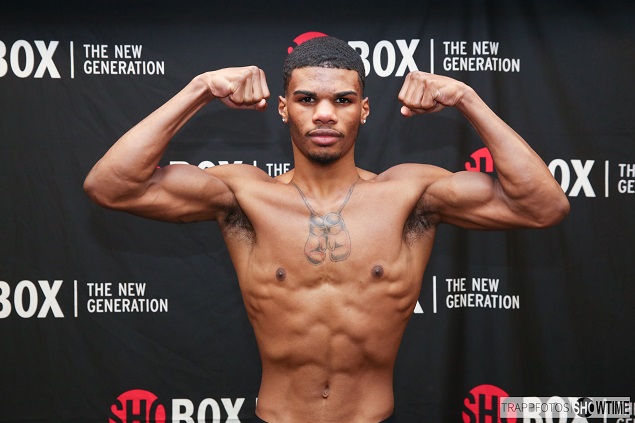 Lightweight Ryan Martin will return to action this Tuesday against Luis Eduardo Florez. The 10-round bout will take place at The Avalon in Hollywood, California and will headline 360 Promotions’ inaugural ‘Hollywood Fight Nights’ card.

Martin (20-0, 11 knockouts) has not fought since winning a 10-round split decision over Francisco Rojo in September. During that fight, the 25-year-old from Chattanooga, Tennessee, fractured a finger in his right hand which required a splint and time to rest.

Promoted by Tom Loeffler, Martin has defeated the likes of Bryant Cruz and Marcos Jimenez. He is currently ranked No. 6 by the WBO and No. 7 by the IBF.

“Ryan has demonstrated amazing ability in the ring and continues to get better with every fight,” Loeffler told RingTV.com. “He trains alongside Gennady (Golovkin) in Big Bear with (trainer) Abel Sanchez. We’re looking to see if he can fight for a world title belt later this year.”

Florez (23-8 1 NC, 19 KOs), who resides in Puerto Libertador, Colombia, fought Anthony Peterson in his last bout in January. Peterson was declared the winner by decision, but the fight was later declared a no-contest after he failed a post-fight drug test. Prior to the Peterson fight, Florez had lost six of his previous eight.

In the co-feature, Ukrainian welterweight Serhii Bohachuk (6-0, 6 KOs) will take on Lucius Johnson (4-2-1, 3 KOs) in a six-round bout. Bohachuk is also trained by Sanchez.

“Brian is a talented fighter,” said Loeffler. “We’re looking forward to seeing him develop as a fighter. We have high expectations.”