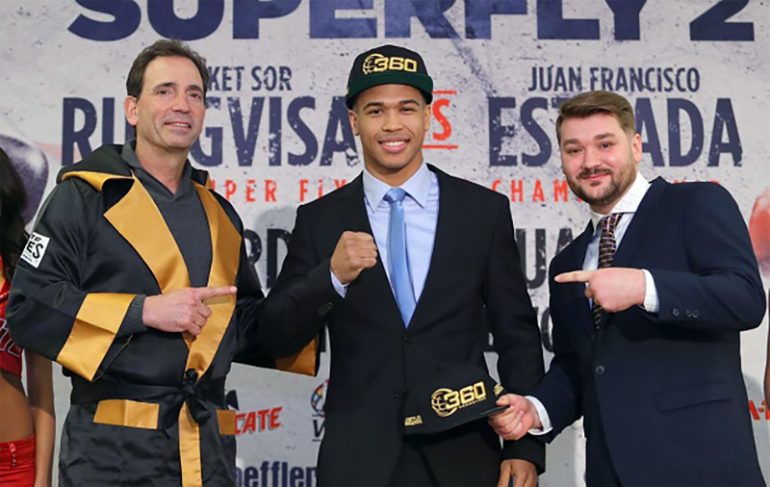 NEW YORK — It makes sense that Brian Ceballo would study business in college. The New York amateur standout had wanted to turn pro last year, but deliberated over the team to surround himself, like a CEO choosing people to fill a board room.

In the end he selected David McWater’s Split-T Management to represent him, and signed a promotional deal with Tom Loefflern of 360 Promotions, who has handled elite fighters like Gennady Golovkin and Roman Gonzalez, and who convinced a premium network that a card full of super flyweights was a great idea.

With the pieces now in place, Ceballo, 24, turns pro on Tuesday against Luis Longoria at The Avalon in Hollywood, California. The card, which is the inaugural “Hollywood Fight Nights” show, will be streamed live on RingTV.com (starting at 6:15 p.m. PT). McWater says they had wanted him to jump right into six-rounders but were told by the commission the opponent would only be approved for four.

“I do see myself moving at a pretty decent pace, of course according to how I’m developing. Not rushing things but also not taking things too slow. In the next couple of years I’m looking to go for a world title,” said Ceballo, a 5-foot-10 welterweight from the Fort Greene section of Brooklyn.

Ceballo had been an outstanding amateur, joining Mark Breland and Shemuel Pagan as the only five-time New York Golden Gloves champions. After falling short in the 2016 Olympic trials semis, Ceballo took some time off from fighting and considered making another run for the Olympics in 2020. There was only so far one could chase an Olympic dream, he figured, and after winning one last major title, the U.S. National Championships at 152 pounds, it was time to go pro. 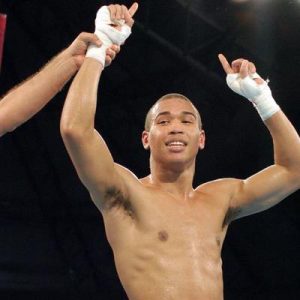 Ceballo, like many others, was first introduced to the sport by his father, bringing him to the Park Hill Boxing Club in Staten Island at age eight. At first he found training for the sake of training boring, until he was told he could one day use what he was learning in competition. His family then picked up and relocated to Brooklyn, and he began working out at the famed Gleason’s Gym. He’s been trained by Robert Pagan, father of the aforementioned Shemuel, since day one.

During his amateur career he won a total of 17 national titles as a junior and senior, beginning with a Silver Gloves championship at age 11, and competed for the USA Knockouts in AIBA’s World Series of Boxing in 2015. It wasn’t until a couple of years ago that Ceballo began thinking of the sport as a way to earn a living.

His original plan? “I guess be a regular human. Just go to school, get a degree, get an internship, get into business and on from there,” said Ceballo.

“Growing up in boxing and traveling, it was all fun to me. I never really thought of it as a job. I just thought of it as, ‘This is fun, I’m winning, let’s keep doing this and enjoy ourselves.’”

Disappointed after missing the 2012 Olympic trials, Ceballo took off from boxing and began studying audio engineering at a technical school. He got a few internships and got some experience at a post-production studio that was working with MTV before the 2013 Video Music Awards. Then he got the itch to get back in the ring and hurried back at the 2013 Nationals.

“I lost my first fight because it was too soon,” said Ceballo, who had to lose over 25 pounds in a month before the tournament. “I told myself to never get out of shape again. And if I do, just quit boxing.”

At the insistence of his girlfriend, Ceballo applied for a scholarship through USA Boxing as a back-up plan. He’s now on a full-ride scholarship majoring in finance at Devry University.

McWater, who had previously worked with athletes in various pro sports leagues, first met Ceballo at the 2016 New York Golden Gloves. His technical foundation stood out, but McWater said he also was impressed by Ceballo’s intelligence.

“He’s extremely smart, which I’m a big believer in. I worked in all the other pro sports, I think that in boxing there is a greater correlation between intelligence and wins than in any other sport. I don’t meet any dumb champions. I meet some uneducated ones, but they’re not dumb,” said McWater.

“[Ceballo is] the nicest kid in the world but extremely competitive, I like that mix. I like a kid that’s super nice out of the ring and can be a bit of a prick in it.”

One of the reasons which drew Ceballo and McWater to Loeffler, aside from the favorable offer extended their way, is Loeffler’s history of promoting at Madison Square Garden and his relationship with HBO. McWater sees Ceballo becoming an attraction in New York, and being a natural fit for The Garden.

“I think he can just take over New York,” said McWater.

First, he must conquer SoCal on a card headlined by Ryan “Blue Chip” Martin against Luis Florez in a 10-round lightweight bout. McWater is confident Ceballo will be topping bills soon enough.

“In baseball, it’d be like having a big college star come out. He may go to the minor leagues first but I don’t think he’ll be there long,” said McWater.