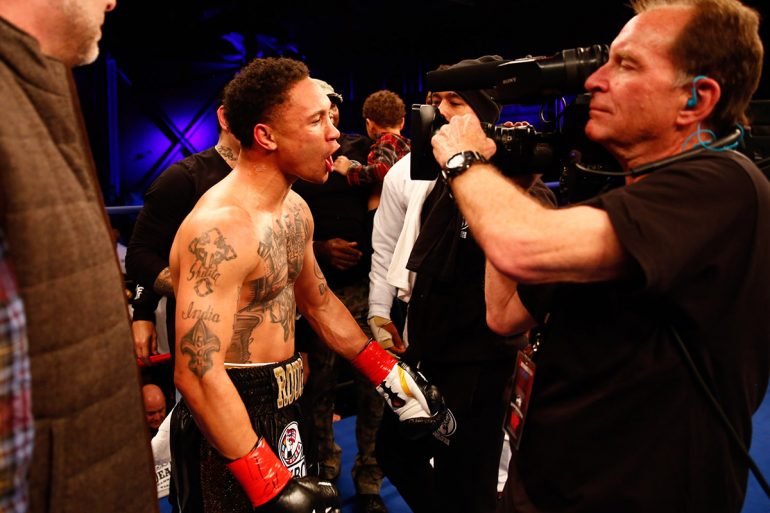 Jose Ramirez won’t have much time to enjoy his title victory.

After he outpoined Amir Imam in a spirited fight on Saturday to win the vacant WBC junior welterweight title, the organization on Friday ordered Ramirez to face interim titleholder Regis Prograis.

Top Rank, which promotes Ramirez, and Lou DiBella, who handles Prograis, have 30 days to strike a deal. If the sides can’t reach an agreement, a purse bid will be ordered.

Prograis was ringside at The Hulu Theater at Madison Square Garden in New York to watch Ramirez defeat Imam, and now, the New Orleans native is ready for his own crack at the title.

“I signed up to fight the best to become the best,” Ramirez tweeted Friday. “I fear no one. We know Prograis should be next and I’m willing to take on the challenge that we both deserve. I will rest and enjoy the moment for a couple of weeks, and then start where I left off.”

“I’m real happy, I hope it happens,” Prograis told THE RING on Friday. “The whole thing with Viktor Postol, I felt like he wasn’t gonna fight me. I really do hope that (this fight) happens. Somebody can get hurt in camp or they can say he’s hurt.

Prograis (21-0, 18 knockouts) was scheduled to face off with Viktor Postol on March 9, but the former 140-pound titleholder withdrew with a hand injury. Instead, THE RING’s No. 2 junior welterweight fought another former titleholder, Julius Indongo, and Prograis only needed two rounds to dispense of him.

READ: REGIS PROGRAIS CONSUMES PLENTY OF BOXING BOOKS, BUT HOPES TO MAKE HIS OWN HISTORY

Ramirez (22-0, 16 KOs) is already dealing with a hand injury of his own after he suffered a fracture at the base of his right thumb vs. Imam. Top Rank founder and CEO Bob Arum said he’d like to pair Ramirez and Prograis in separate fights on the same card before they meet, so Prograis is skeptical the fight will take place next, but the WBC rules are pretty clear.

Ramirez must face Prograis next or he’ll be stripped of the title. The only way around the immediate fight is if “Rougarou” were to accept a step-aside fee, a common practice to delay mandatory title fights.

“I definitely want the fight, he wants the fight. I’m ready. … Of course money changes everything, but I want the belt,” Prograis told THE RING. “When you get the belt, the belt comes with the money. And I want to be a competitor. I don’t want to get a belt just because they stripped somebody. That’s what I call being a paper champion.

“I definitely don’t think he can beat me; I don’t know as far as knocking him out. I don’t know how hard he hits, it seems like he has a good chin, Imam hit him with some good punches. I don’t think he’s faced anybody like me. I’m left-handed, I’m very strong, I know I hit very hard for a 140-pounder.”

Ramirez, a 2012 Olympian from California, put on an impressive performance against Imam by applying non-stop, effective pressure. THE RING’s No. 5 junior welterweight broke Imam down with body shots and almost scored the knockout late but settled for a wide-points victory.

Prograis figures to present a much stiffer challenger and will likely be pegged as a slight favorite. He was once one of the best prospects in boxing, and his head movement and unique, attacking style should suit him well against a slower fighter in Ramirez.

“There’s no other way around it at this point, it’s the next fight we’re going to make,” Churchill Management VP of Operations Sam Katkovski told THE RING. Prograis recently signed with the group, led by director Peter Berg and actor Mark Wahlberg. “We’re looking forward to sitting with Top Rank to get a deal done and if not we’ll go to purse bid.”