Jorge Linares: ‘Vasiliy Lomachenko will bow down to King Jorge’ on May 12 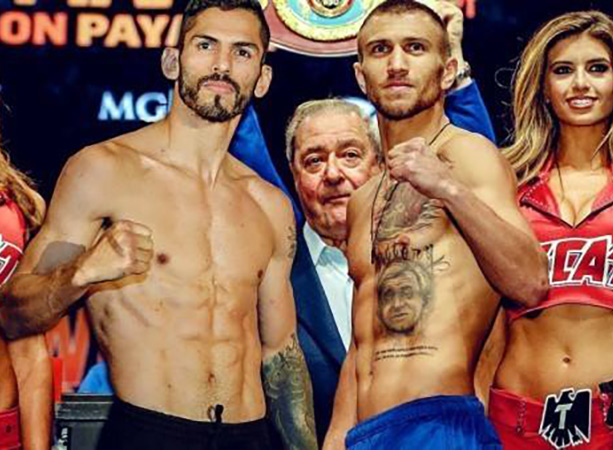 Jorge Linares finally has arrived as a staple of the American boxing scene, and he’s not about to give up his position now.

The Venezuelan fought overseas over the last 10 years before finally returning stateside with an HBO main event win over Luke Campbell in September. Linares followed up with a victory over Mercito Gesta on HBO, and now, he’s faced with the first marquee bout of his career.

Linares has long been lauded for his skills, speed and athleticism, and he’ll need all those attributes when he puts his RING lightweight championship on the line against Vasiliy Lomachenko on May 12 at Madison Square Garden.

It’s the fight Linares wanted, and it will also be his first seven-figure payday. Even though he’s the bigger man, he’ll be the underdog — who wouldn’t be against a fighter the ilk of Lomachenko?

But Linares continues to express the utmost confidence he’ll get the job done to establish himself as one of the best pound-for-pound fighters in the world.

“This is the fight that boxing fans wanted,” Linares said Wednesday. “This will be a super fight between two of the best champions. Not only will I demonstrate why I’m the best lightweight in the world, but also that I’m one of the best pound-for-pound fighters in the world.

“I have the speed, skill and power to win this battle. This May 12, Vasiliy Lomachenko will bow down to ‘King’ Jorge.”