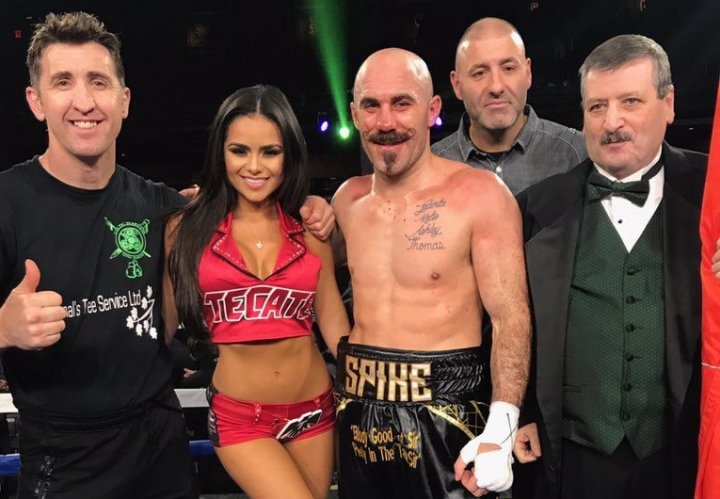 Fans often don’t realize but the chess board moves are frequently planned very far in advance in the boxing world.

It’s smart business, really, to have at least a rough outline ready because one doesn’t want to make reactive moves. There should be a cohesive set of moves that enriches one as much as possible.

So in that context, we were a bit surprised to hear, on the recent edition of Gerry Cooney and Randy Gordon’s SiriusXM show, in an interview conducted by producer Josh Friedman, about a Gary “Spike” O’Sullivan versus THE RING Magazine middleweight champion Canelo Alvarez bout being made for September.

That’s if Spike, an Irish banger who’d been close to getting an April 28 date versus Danny Jacobs, gets past his next foe, in a planned May 4 rumble. Spike is promoted by Ken Casey, a Boston musician/fight promoter, along with Golden Boy Promotions.

“I didn’t know that was officially released…That is the plan, yeah,” Casey told Freidman. “For Spike, it’s the pinnacle of the sport. If Canelo wins this fight then it’s really the pinnacle of this sport but, either way, it’s a huge fight. Spike obviously has to win this fight in Vegas – the opponent is to be determined. I’m just thrilled for Spike to get the opportunity like this. He’s a showman; he’s a puncher. He’s all heart; he should be a star. People get to see him via a wider audience – they’re gonna fall in love with how he is in the ring.”

I point blank asked Golden Boy exec Eric Gomez about this planning in advance. “Wishful thinking,” Gomez replied. “We will consider anyone at 160 pounds (for Canelo after his May 5 rematch versus Gennady Golovkin).”

Actually, I think from a business perspective, O’Sullivan makes some solid sense for Canelo to meet, post-“GGG.” If Canelo wins, it’s a stay-busy title defense in which he’d be much favored. If Canelo loses, O’Sullivan would be a smart bounce-back foe because, again, Canelo would be a 75/25 favorite to beat him.

Anyway we shall see how it plays out…Boxing and life have funny ways of messing up longer-range plans.