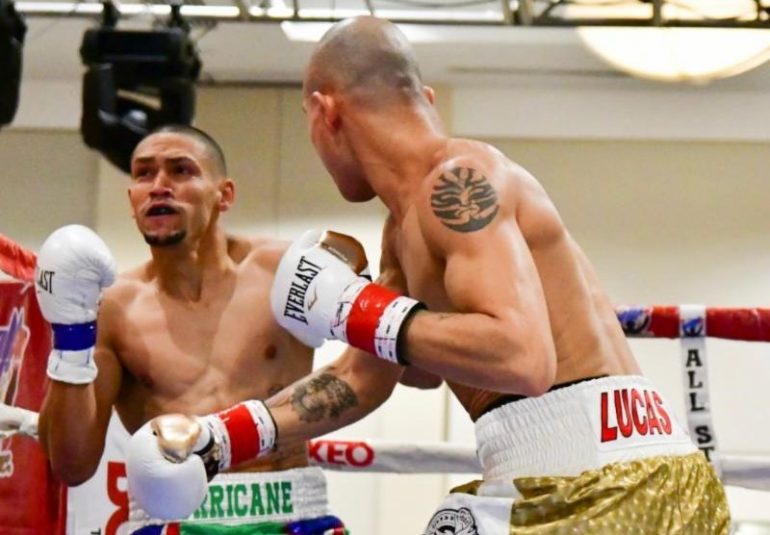 Outside of Nicaragua, few people know of welterweight Roberto Arriaza. After his performance on Friday, there are a lot of fight fans who’ll want to see him again.

The 27-year-old Nicaraguan knocked out Sammy Valentin early in the opening round at the Bryan Glazer Family JCC Auditorium in Tampa, Florida. The official time was 0:20.

Moments after the opening bell, a right hand from Arriaza (16-0, 13 knockouts) hurt Valentin who staggered backward into a corner. Arriaza pounced, raining punches down on his opponent until referee Frank Gentile stopped the fight.

“I came into the fight expecting a war,” said Arriaza, who is promoted by Thompson Boxing Promotions. “I knew that we could change the course of the fight in our favor with any punch. I landed strong punches which dropped his guard and I unloaded after that.

“Now I have to train harder. I know the fighters in my next fights will be more difficult. I have to challenge myself to do better each time out.”

Arriaza had a jaw-dropping performance to say the least,” said Alex Camponovo, the general manager and matchmaker for Thompson Boxing. “You could tell he was thinking knockout after the first big punch landed. I’m glad he was able to end it early.”

Friday night marked the conclusion of the spring season of ‘Boxeo Telemundo.’