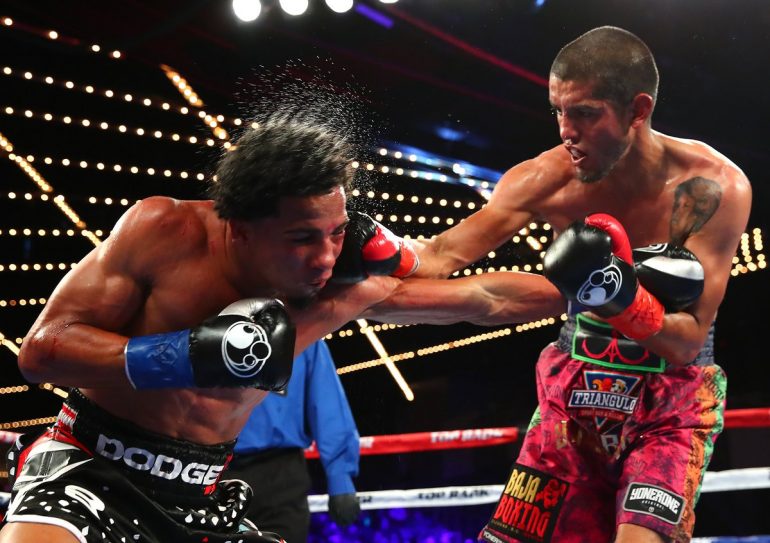 NEW YORK — Bob Arum did not hold back in his assessment of Felix Verdejo after the rising Puerto Rican star was stopped in the tenth round by the unheralded Antonio Lozada Jr. at the Hulu Theater at Madison Square Garden.

Verdejo was the lone Top Rank-promoted fighter who lost on the St. Patrick’s Day card.

Verdejo (23-1, 15 knockouts) had been largely inactive since 2016, when a motorcycle accident caused him to miss out on a fight against then-WBO lightweight titleholder Terry Flanagan. He fought once in February of 2017, struggling to a points win over Oliver Flores, and then relocated his training base briefly to California before returning home to Puerto Rico citing an injury.

Verdejo was one of three fighters Arum signed out of the 2012 Olympics, along with Jose Ramirez, who won the vacant WBC junior welterweight title in the main event, and WBO featherweight titleholder Oscar Valdez.

Arum said Verdejo was the highest regarded of the three with Top Rank staff.

“When I asked (Vasyl) Lomachenko, who fought all three of them in the amateurs, who was the best, he said Verdejo by far.”

Verdejo, 24, was in control early in the fight, landing effective counters on Lozada (39-2, 33 KOs). Lozada turned the fight around in the middle rounds, drawing blood from Verdejo’s mouth and dropping him in the tenth round and compelling a ringside doctor to halt the bout at the 2:37 mark of the tenth round.