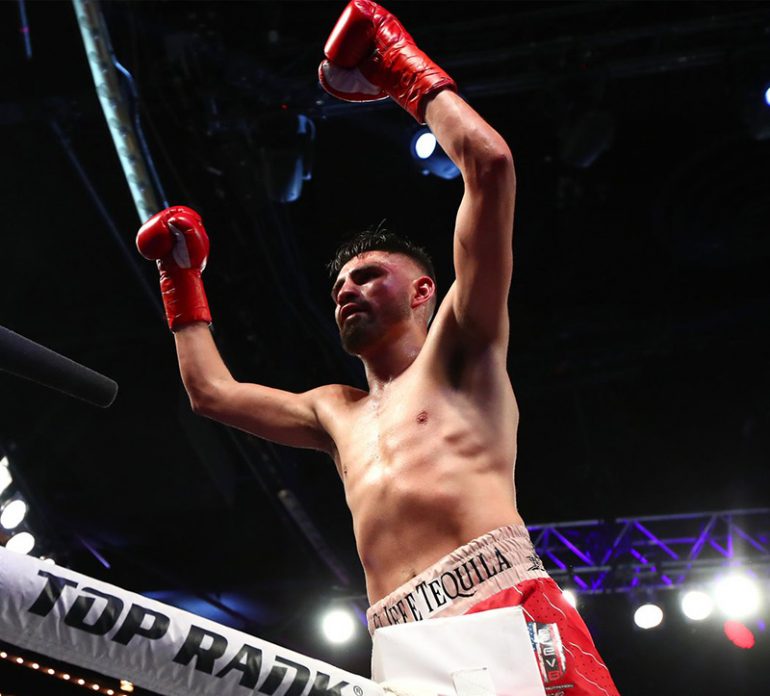 NEW YORK — Neither Jose Ramirez nor Amir Imam had ever fought at the championship level before meeting on Saturday at The Theater at Madison Square Garden. They both left the ring with respect as top fighters at 140 pounds, but only Ramirez left with a belt.

Ramirez applied pressure from bell to bell against the gutsy, craft Imam, winning a unanimous decision by the scores 115-113, 117-111 and 120-108, and earning the vacant WBC junior welterweight title. 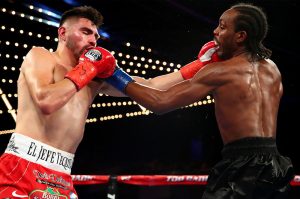 It was a back-and-forth brawl from early on, with Ramirez (22-0, 16 knockouts), a 2012 U.S. Olympian from Avenal, Calif., targeting Imam’s body and coming back with the left hook, and Albany, N.Y.’s Imam (21-2, 18 KOs) working well behind his jab and landing occasionally with counter right hands.

The momentum turned for good in the eighth when Ramirez stunned Imam with a right hand in close, and sent him back to the ropes. Imam fought back with valor, but with his right eye closing rapidly from hooks, it was only a matter of whether he could finish the fight on his feet.

“This is a dream come true for me. I dedicate this fight to all the immigrants. I fight for them,” said Ramirez, 25, who has championed the causes of water usage rights and migrant farm workers.

Even in defeat Imam earned a great deal respect, and rehabilitated his image as a top fighter following his upset stoppage loss to Adrian Granados in 2015.

The fight headlined a live broadcast on ESPN, and may have been the last round between Don King and Bob Arum, long-time promotional rivals who worked together for several major events throughout the years, including Oscar de la Hoya-Felix Trinidad and Sugar Ray Leonard-Roberto Duran.

It was Arum’s Ramirez who emerged victorious, and now he faces the possibility of a showdown with Regis Prograis, who won the “interim” WBC title with a two-round blitzing of Julius Indongo on March 9.