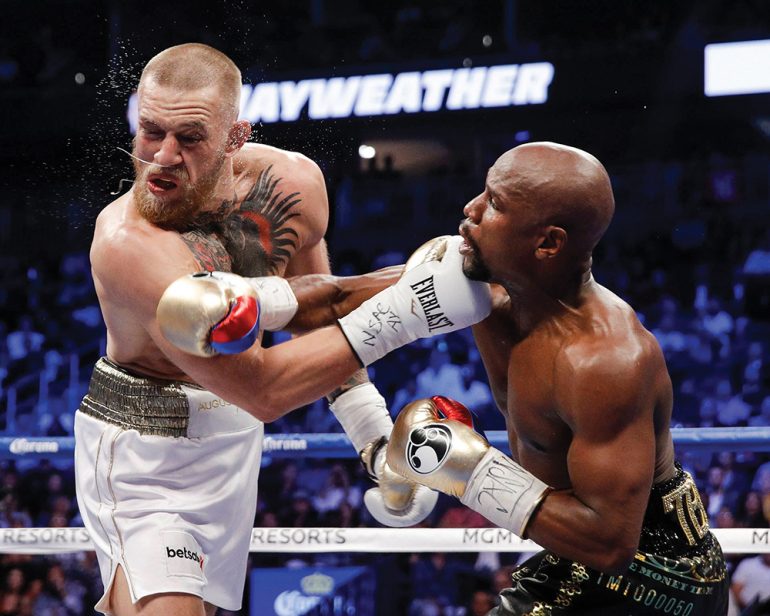 Whether you believe him or not, Floyd Mayweather claims he’s set begin MMA training ahead of a UFC fight.

“I’m gonna start soon,” Mayweather (50-0, 27 knockouts) said. “We’ve been texting back and forth. We talked a couple times, so we gonna start working out real soon.

Of course, Mayweather’s remarks should be taken with a grain of salt. He’s now 41, financially secure and so, too, is his legacy in boxing.

A UFC debut would surely net Mayweather several hundreds of millions more dollars, though. UFC President Dana White told ESPN in December that the MMA organization was in talks with Mayweather about fighting in the octagon.

“We’re talking to Floyd about doing a UFC deal,” White said. “It’s real. He was talking about [boxing] Conor McGregor. Was that real? Have you heard Floyd talk about many things that aren’t real? He usually tips his hand when he’s in the media, and then that shit ends up happening.”

Mayweather said he would need six to eight months to prepare for his MMA debut, and a fight against McGregor, one of the best practitioners in that sport, would be a surprise, despite the rumors.

“I haven’t even started training yet,” Mayweather said. “I’m in [Los Angeles], moving around a little bit. … It’s all about presenting the right numbers. Of course, they gonna present the right numbers and we’re going to make it happen.”