Felix Verdejo out to prove he’s an elite fighter after injuries, ‘bad decisions’ 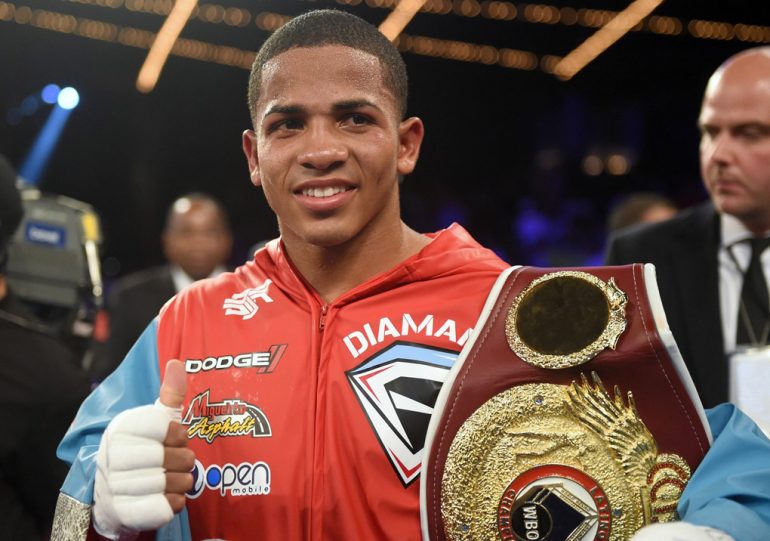 NEW YORK — Six years after turning pro, Felix Verdejo would have expected to be headlining a card at Madison Square Garden, not fighting on an untelevised undercard.

But that’s where Verdejo finds himself this Saturday, buried in a show headlined by another fighter from the 2012 Olympics, Jose Ramirez, who will get his first title shot against Amir Imam.

The popular Puerto Rican banger will be fighting in a 10-round bout against Antonio Lozada Jr., Verdejo’s first opponent following 13 months out of the ring. It will be a preliminary bout on the Top Rank-promoted event before the live broadcast on ESPN begins.

Verdejo’s troubles began in August 2016, when he was hospitalized with head trauma following a motorcycle accident in Puerto Rico, putting talks of a title shot against then-WBO lightweight titleholder Terry Flanagan on ice. Then, after a win in Puerto Rico in February 2017, Verdejo withdrew from a scheduled fight against Lozada, citing an unspecified injury. He admits he made some “bad decisions,” and the time away from the ring cost him his world rankings. He says it also gave him much-needed time to mature.

“I think the long layoff was good for me. I had time to think about my career and be more focused and more hungry on what I want to do,” said the 24-year-old Verdejo (23-0, 15 knockouts).

“I learned that I made some bad decisions, but I also learned that you have to be calm and take things step by step.”

Verdejo’s trainer/manager, Ricky Marquez, who has been with the fighter since he was 9, said Verdejo needed to learn his lessons the hard way.

“Of course…but they’re kids. They still make some dumb decisions, but that’s the way they learn,” said Marquez.

“Hopefully he’ll be (a star), but that’s up to him. There is a lot of expectations on him and his future, but it depends on how he performs in the ring.”

There was no sign of any injury at Wednesday’s media workout at Mendez Boxing Gym, though it was clear that Verdejo wanted to make a show of how fit he was to the modest media assembly, working several rounds on the mitts and punching bag, firing away with the sort of rapid combinations that made people believe he was the most worthy heir to Miguel Cotto as the next figurehead of Puerto Rican boxing.

“That really helped him, what happened with the accident and all the things that happened to him afterwards,” said Marquez. “It made a difference in his attitude towards training and his career.”

His opponent, Lozada (38-2, 32 KOs), is also 27, and isn’t a fighter Verdejo will have to chase down. He’s never fought outside of Mexico, and his lone opponent with any name recognition, Roberto Ortiz, dropped him numerous times before scoring a fourth-round technical knockout in 2011.

“I hope he comes to fight like all the Mexican warriors, and I expect him to bring out all the hunger that I have,” Verdejo said.

A big win could go a long way toward placing Verdejo back in the title picture, and Marquez says he’s heard that his fighter could once again be positioned for a shot at the WBO lightweight belt, which is currently held by his Top Rank stablemate Raymundo Beltran.

For Verdejo, there’s no better place than The Theater at MSG to get back on track.

“Madison Square Garden is a big stage,” said Verdejo, “and a big opportunity to represent my people and show them that I am back.”