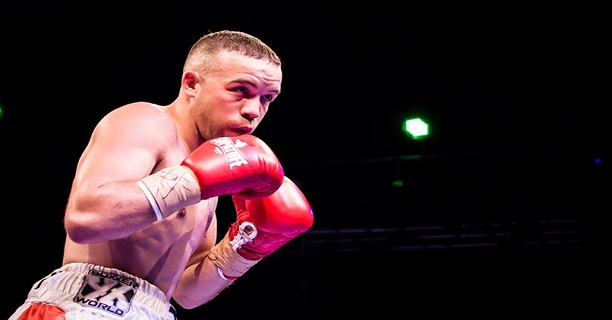 TJ Doheny has been a man of many homelands in recent years. At age 21, he left his native Ireland and picked up work as a construction worker in Australia. After rediscovering his passion for boxing and rising to become a popular pro Down Under, he packed up again and relocated to Boston two years ago, this time to surround himself with a deeper pool of talent.

Boston was a natural fit, with its big Irish community enthusiastic to cheer for a hard-working pug from back home across The Pond. It came about when he was offered a promotional deal with Ken Casey, bassist and songwriter for the Celtic punk band Dropkick Murphys. The band’s “I’m Shipping Up to Boston” has been an Irish boxing war theme omnipresent at sporting events in Boston, and Doheny can’t help but feel at home with his new support.

“Being here in Boston is kind of like a home away from home because there’s such a big Irish community,” said Doheny (18-0, 13 knockouts), who will make his first appearance on a St. Patrick’s Day-themed card in the United States this Saturday, when he faces Mike Oliver in an eight-round fight at the House of Blues in Boston.

“Once I entered the top 10 and the world title fight was getting close, I knew I had to be over here training amongst the world-class fighters.”

On the surface, it looks like a relatively safe stay-busy fight for Doheny as he awaits his mandatory title shot against IBF junior featherweight titleholder Ryosuke Iwasa, which manager Mike Altamura expects will take place in June or July. Yet it still poses a danger, as a shock loss could compromise his ranking.

Oliver (26-7-1, 8 KOs) was in a similar situation a decade ago. He was rated the No. 2 contender with the IBF at 122 pounds when he faced Reynaldo Lopez in an ESPN2 “Wednesday Night Fights” card, only to be knocked out in three rounds. He never made it back to where he had been, and currently Oliver hasn’t fought in over two years since getting stopped in the first round by Anthony Peterson.

“People can look at it and say, ‘He hasn’t fought in a long time, he’s kind of over the hill,’ but he’s an experienced fighter,” said Doheny. “He’s gonna be wily, he’s gonna know how to survive in there, so I’ve got to be on game on Saturday night. I’ve got a world title fight coming up soon, so I can’t afford any slip-ups.”

Doheny, 31, had barely gone any rounds in the two years preceding his last fight, a split-decision over Mike Tawatchai last December in Thailand to become the No. 1 contender, and Altamura says Saturday night would help him get some in-ring practice for some of the new moves he’s learned with new coach Hector Bermudez, and from training alongside talented pros like Jonathan Guzman, Javier Fortuna and Mark DeLuca.

Now he’s looking toward another long flight later this year — to Japan, where he figures he’d have to fight Iwasa (25-2, 16 KOs) when he gets his title shot. Iwasa, 28, won the title last October with a sixth-round stoppage over countryman Yukinori Oguni, and defended it with an easy decision over Ernesto Saulong earlier this month.

“He’s a stylist, he’s a pretty sharp fighter, but I’m very confident in my ability. I really expect to go over there and smash the title from him,” said Doheny.

“I do see he’s got a lot of holes, but he’s not world champion for nothing. He’s a very beatable opponent. I just fancy my chances going over there.”

The show will be headlined by the 10-round junior welterweight fight between Danny O’Connor (29-3, 11 KOs) of Framingham, Mass., and Steve Claggett (26-4-1, 17 KOs) of Calgary, Alberta, Canada. It’ll be available for purchase on pay-per-view ($24.99) through Fite.tv and Dish Network, with a four-song acoustic set to be played by the Dropkick Murphys.