Buddy McGirt: ‘Sergey Lipinets only had 13 fights coming in. I’m proud of him’ 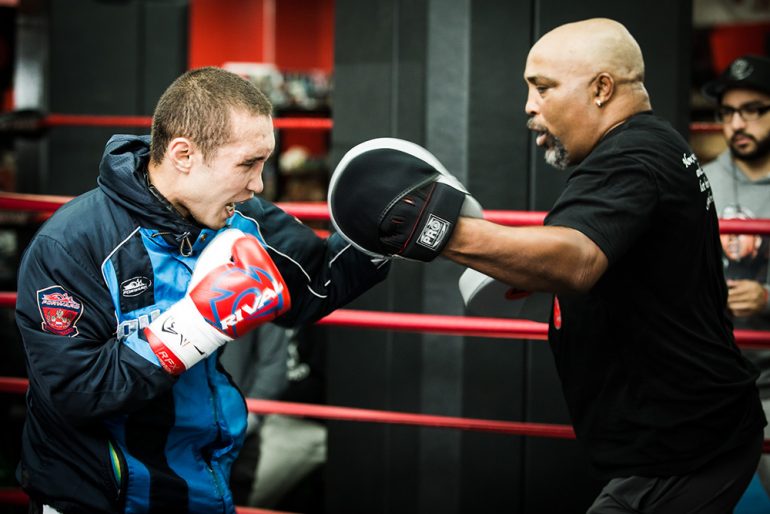 Mikey Garcia ticked another box on his legacy list at the Freeman Coliseum in San Antonio, Texas, on Saturday.

Garcia, who is rated No. 1 by THE RING at 140 pounds, was expected to win but, despite the scoring being wide in his favor, the cerebral Californian was made to work hard for victory. Lipinets took the best Garcia had to offer and fired back whenever he could. The Russian brawler went down hard courtesy of a Garcia left hook in Round 7 but bounced back up and kept on trucking.

“A lot of people seem to forget that Sergey only had 13 fights coming in,” said Buddy McGirt, the former two-weight world champion, who took Lipinets to the vacant IBF title last November when he outpointed Akihiro Kondo in Brooklyn.

“He was fighting a three-weight world champion with 30 knockouts in 37 fights. Nobody gave him a shot. Sergey went in there and gave it his best. He got knocked down (for the first time in his professional career) and got up. He was in a position that he’d never been in as a fighter and gave it everything for 12 rounds. I’m proud of him and this will make him a better fighter.”

That seems to be the opinion of most who viewed the fight. Lipinets has made giant strides in less than four years as a professional, and considering he was in with an elite operator and pound-for-pound entrant, the 28-year-old pressure-fighter was far from disgraced.

So, what’s up next for Lipinets? With the Garcia chapter is closed, will McGirt look to develop his charge further before going after the other top names at junior welterweight?

“Personally, I don’t think many guys will be looking to fight him after seeing what they saw,” said McGirt, who also took the late Arturo Gatti and Antonio Tarver to world titles. “If we can get development fights, that’ll be great. If you look at this division, the toughest guy out there is Regis Prograis. To me, he’s the biggest threat at 140 pounds. Anyone else, I’m not even worried about it.”